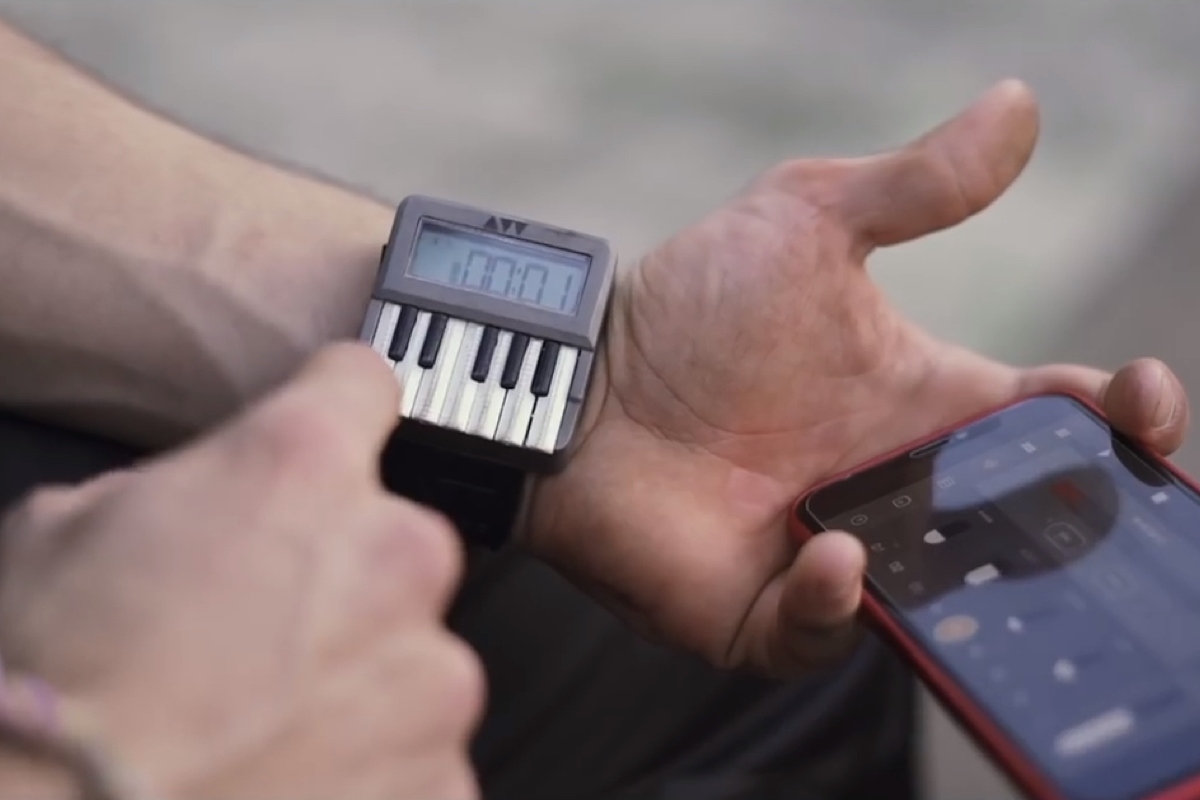 Synthwatch is a wearable keyboard for making music on the move.

If you’ve ever harbored a desire to wear a synthesizer on your wrist, you’re in luck – a part synth, part wristwatch device called Synthwatch has launched on Kickstarter.

You’ll have to part with a minimum of €450 to get your hands on what looks like a Roland SH-101 spliced with a Casio digital watch from the 1980s. For that, you get a tiny one-octave keyboard you can play and record melodies with, as well as a USB cable with 3.5mm audio jack to connect it to speakers. It is definitely not a smartwatch, however. “If you are looking for a normal smartwatch with a step-counter and a heart-rate meter you should look elsewhere,” says Audioweld, the company behind the device.

“How many times has it happened to you to have a melody in your head without being able to get rid of it or… to express it somehow?,” Audioweld says on Kickstarter of its rationale for making the Synthwatch. “Our team has been seeking to develop a portable device that doesn’t need heavy machinery and long cables, easy to wear, user friendly and at the same time professional, ready to be used outdoors or inside a pro studio.”

You could always just use your phone to make music on the move, but some people may prefer to wear a bulky device around their wrist with a very small keyboard. Each to their own, I suppose.

If the Synthwatch does make its target of $86,537 by January 1 (which is ambitious, considering it’s only made $1,162 since it launched a few days ago), then it’s eligible to meet several stretch goals. At $100,000, an iOS and Android app will developed; at $200k polyphony will be added; at $500k you can bounce your composition to your phone; at $1 million you can add your own sounds via app; and at $2 million you’ll be able to add sounds via Mac or PC.

If the campaign is successful, first backers can expect to receive their Synthwatch in April 2019, though as with all Kickstarter products, it’s best to exercise judgement, as they can experience delays or fail to ship entirely.