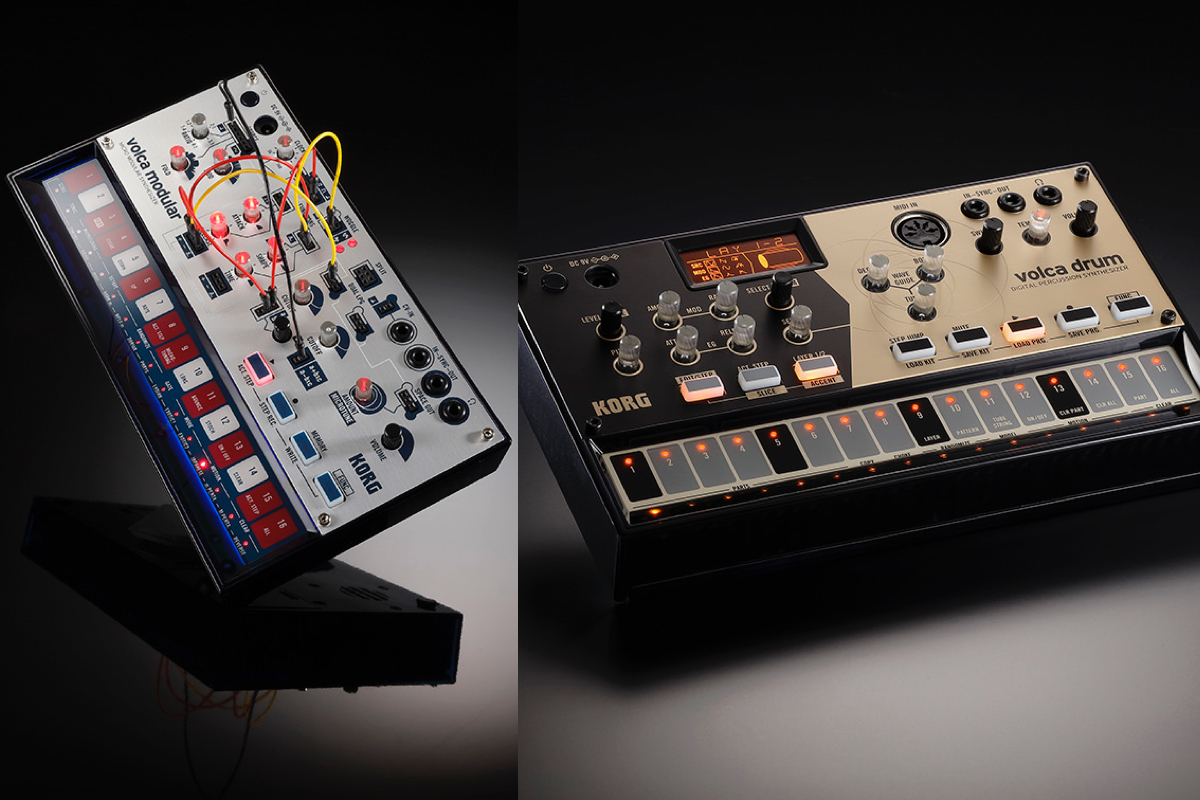 Following the leak of unconfirmed images last month, the latest additions to Korg’s Volca range are confirmed to be a Buchla-inspired mini modular and a digital drum synth.

The Volca Modular is technically a semi-modular synth with eight ‘modules’ that can be patched together via 50 patch points. The synth uses tiny jumper wires for connection rather than cables, but it can be connected to other analog gear via CV.

Korg’s mini modular is inspired by the “West Coast style” instruments developed in the 1960s by Don Buchla, which means this isn’t just a Volca Bass or Volca Keys with patch points – as the video above shows, you can get some really unusual sounds out of it.

It also features a 16-step sequencer and motion sequencing for recording knob movements. It costs $199.99 (a little more expensive than other Volcas) and will be available in early 2019.

Korg already has three drum-based Volcas in its lineup (the analog Volca Beats, the kick drum-focused Volca Kick and Volca Sample) and now it has a fourth: a digital percussion synth, Volca Drum.

The key selling point of the Volca Drum is more advanced sound design capabilities thanks to a six-part DSP synth engine, which Korg says was “designed with a completely different philosophy than conventional drum machines”.

It allows you to create drum sounds made from two layers chosen from one of five types of oscillator waveform including sine wave, sawtooth wave, and HPF noise as well as three types of pitch modulator. A waveguide resonator also adds resonance to the drums.

The Volca Drum includes a 16-step sequencer with parameter automation, a slice function for step division and drum rolls, accent, choke and randomize. It also has an “active step” function that allows you skip steps during playback. The Volca Drum is also available in early 2019 and costs $169.99.

Korg’s new Volcas will be appearing at NAMM 2019 alongside its new polyphonic synthesizer, the Minilogue XD.