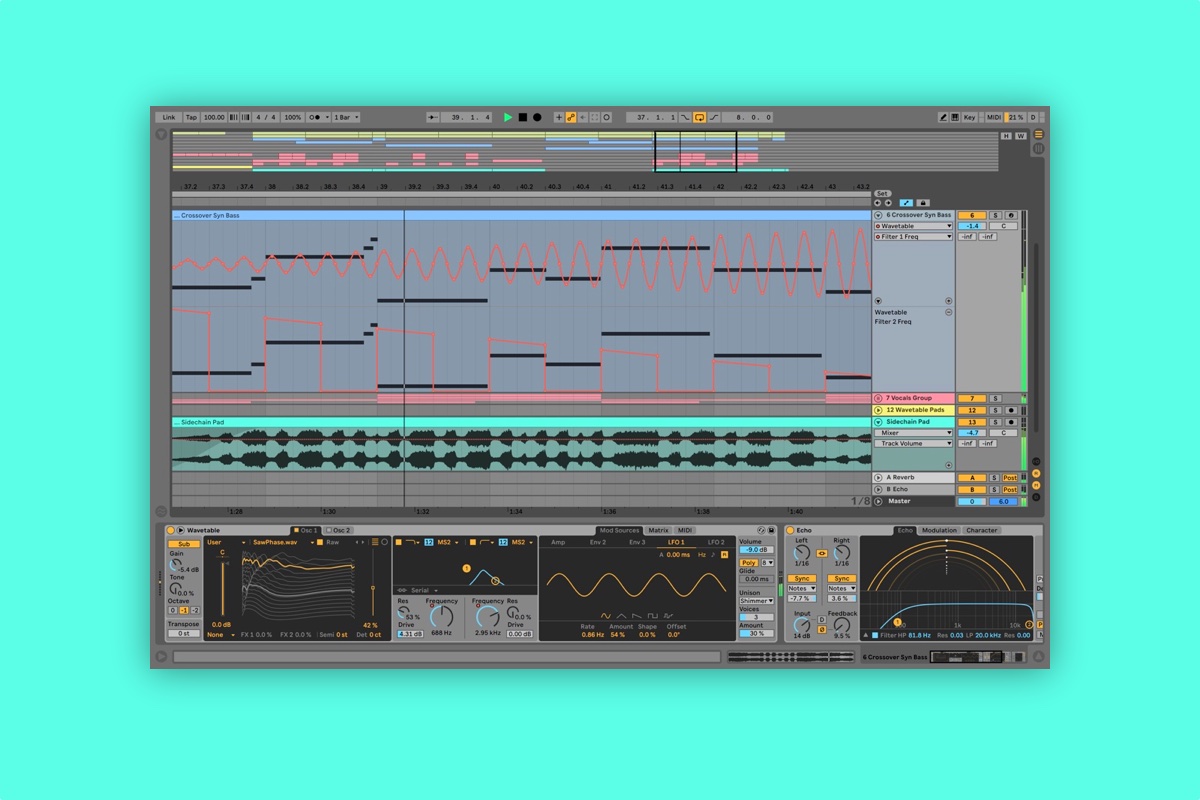 Ableton has outlined the features that will be arriving in Live 10.1, the first major update to Live 10 since the DAW was released last year.

The update, which is free for Live 10 owners, adds improvements for Live’s newest instrument, Wavetable, alongside two new audio effects, extensive improvements for automation envelopes and upgrades to zooming and scrolling, track freezing and more.

Top of the list of features to be added is the option for users to create their own wavetables using Live’s latest synth, Wavetable. Currently, users are limited to making wavetable patches using the samples already in the synth, but 10.1’s sample import function will bring the synth closer in functionality to other wavetable VSTs such as Serum. Loading samples into Wavetable is as easy as dragging and dropping sounds from Live’s sample browser.

Live 10.1 is getting two new audio effects: Channel EQ and Delay. Channel EQ is described as a “flexible and simple EQ with curves and gain ranges suitable for a variety of audio material” with filter shape that adapts to control settings for “musical results”. It looks a little like the middle ground between the simple EQ Three and the more complex EQ Eight, combining direct control over high, mid and low frequencies alongside a compact frequency display.

Delay is a more streamlined version of Live’s two existing delay plugins, Simple Delay and Ping Pong Delay. The new device combines both of these effects into one device together with feature upgrades, and users will be able to toggle ping pong mode from a button on the front panel along with Jump, Fade and Repitch modes. 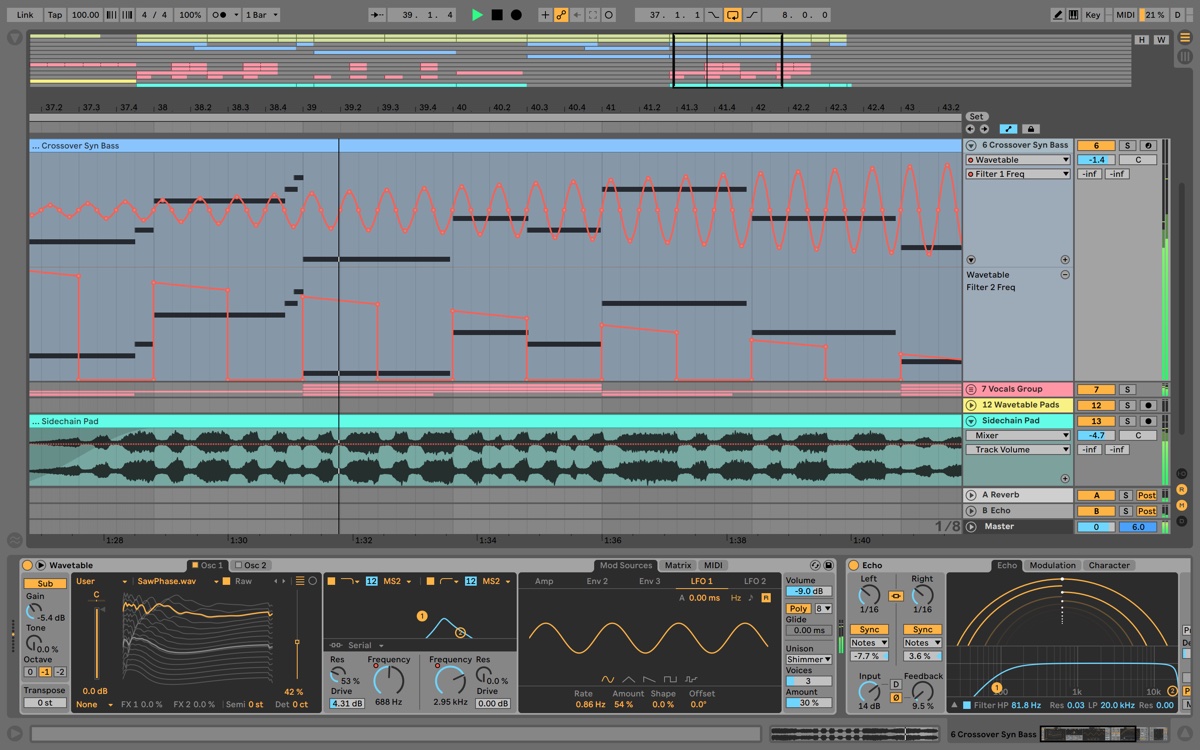 Automation envelopes are also getting a few small but significant improvements in Live 10. Live 10.1’s biggest time-saver is likely to be the addition of pre-drawn automation shapes, which can be selected and dropped in by right-clicking on the clip view while editing envelopes. Anyone who’s ever spent too much time perfecting an automation curve will know how useful this is going to be.

Automation envelopes can also now be stretched and skewed, allowing for the creation of twisted automation curves, and Live 10.1 will also detect C and S shapes drawn in freehand for better curve fitting. Automation breakpoint values can also be entered using the keypad, so there’s no more sliding a point up and down trying to get the exact decimal value you want.

Live 10.1 adds a few improvements to zooming and scrolling that, like the automation upgrades, are obvious wins. The Arrangement View’s Overview window at the top is now resizable, so you can quickly expand it to get a look at the project without zooming out from the section you’re working on.

Live 10.1 also supports pinch to zoom gestures on compatible computers, such as laptops with a Mac trackpad, while “streamlined keyboard shortcuts” make it quicker to hone in on more detailed editing views.

Live 10.1 now lets you freeze tracks that contain sidechain routing, which should be invaluable for anyone who struggles with CPU load because they can’t stop adding tracks to their project. 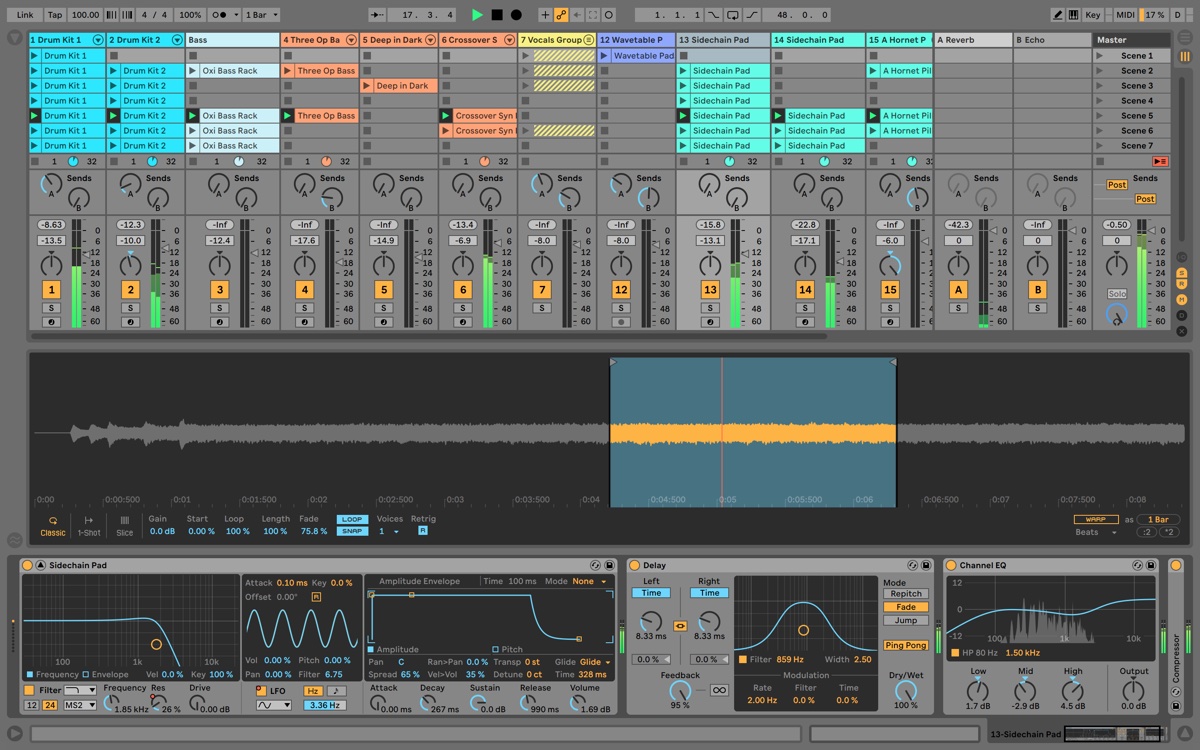 Live 10.1 will support the VST3 format, which Steinberg originally launched in 2008. Steinberg withdrew support for the VST2 software development kit in 2013 in a bid to force developers towards the new format, though you can still use your old VST2 plugins with Live 10.1, as well as make the most of VST3 plugin features like multiple MIDI ins and outs to a single plugin, as well as the ability to create audio input busses.

Ableton is also adding the option to export single tracks and groups with return and master effects applied to Live 10.1, which should solve a lot of headaches for anyone who needs to bounce individual stems instead of the whole master recording.

Ableton hasn’t confirmed a release date for Live 10.1, but the update is currently available to anyone signed up to the beta program. You can find details on becoming an open beta tester for Live at the Ableton website.