Helmed by promoters Danny and Kieran Clancy, AKA Krankbrother, the four-day event showcased a stacked lineup of techno and experimental artists in venues such as the Queen Elizabeth Hall, Silver Building, E1, Village Underground and Walthamstow Assembly Hall.

On the opening night, FACT co-hosted an event with Re-Textured at 180 The Strand, where Puce Mary, Lee Gamble and Demdike Stare all performed sets that showcased the festival’s audiovisual focus, with immersive lighting, computer-generated imagery and evocative film footage providing an optical feast.

Experimental sound artist and Posh Isolation affiliate Puce Mary kicked things off with a foreboding performance that brought the scorched spectrum of sound of albums like last year’s The Drought and 2016’s The Spiral to life. Bathed in eerie red light, Puce Mary’s anxious, bass-heavy performance set the stage for a heavy night of abstract beats and power electronics.

Lee Gamble’s performance moved things into ravier territory as he played music from In Paraventral Scale, the first of a planned trilogy of albums exploring “the semioblitz”, a concept coined by late theorist Mark Fisher to describe the sensory overload experienced in cities and virtual spaces. Gamble’s AV show, developed with Clifford Sage, explored this with imagery combining the abstract and the mundane, generated in real time using the Unreal video game engine. “It felt a good time to explore how psychedelic the high street is as opposed to just seeing it as something annoying – it’s also hallucinogenic,” Gamble told FACT before the show.

Closing the night was Demdike Stare, whose AV show with regular collaborator Michael England set their crushing hardcore continuum-inspired sounds to bespoke footage capturing tourists at Niagara Falls, vogue dancers battling against each other and the sights of Blackpool promenade. There wasn’t a lot of dancing, but the audience was entranced by England’s emotive visuals, which put a different spin on Demdike Stare’s jet-black sound.

Check out photographs of the night, shot by Ceili McGeever, below. 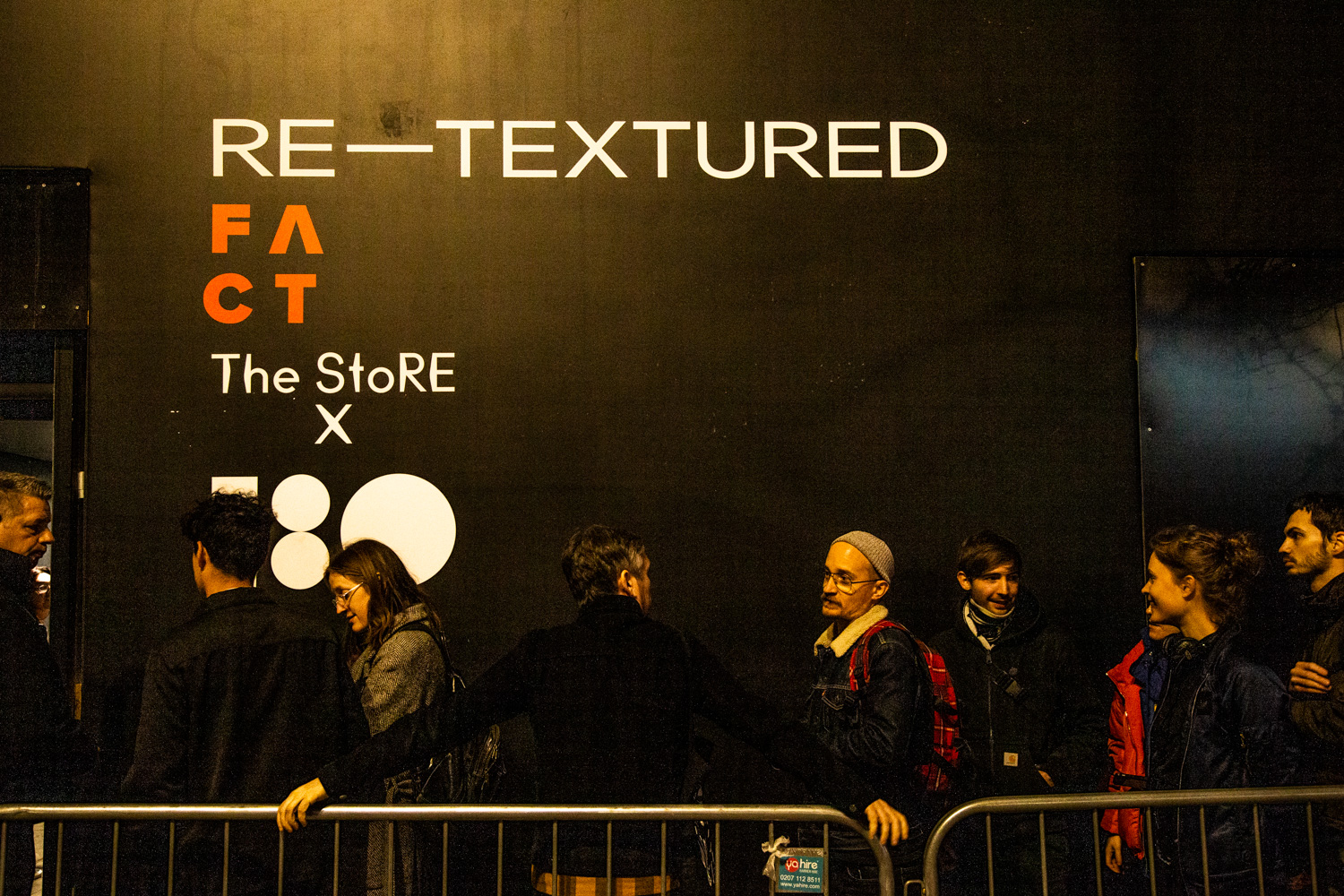 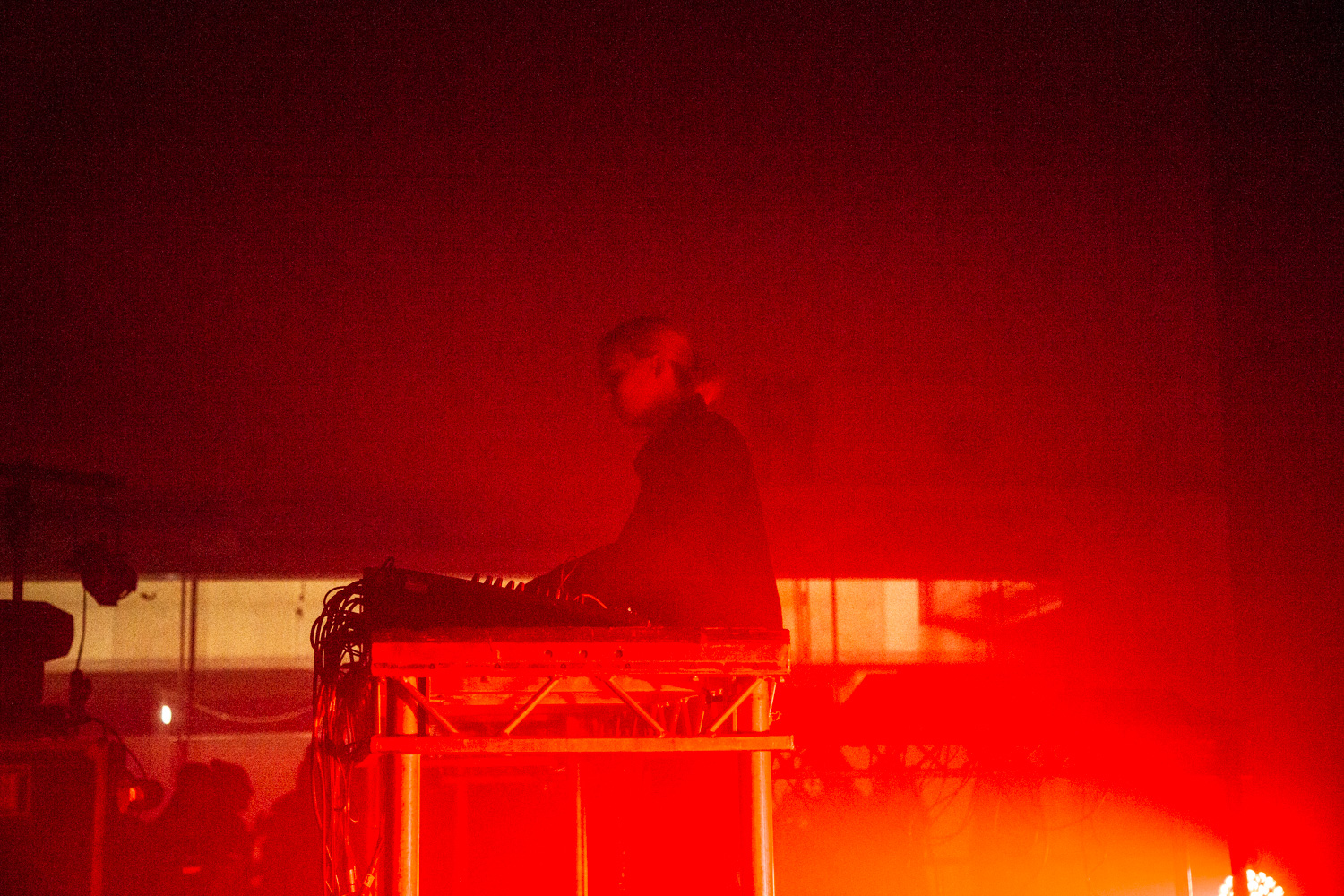 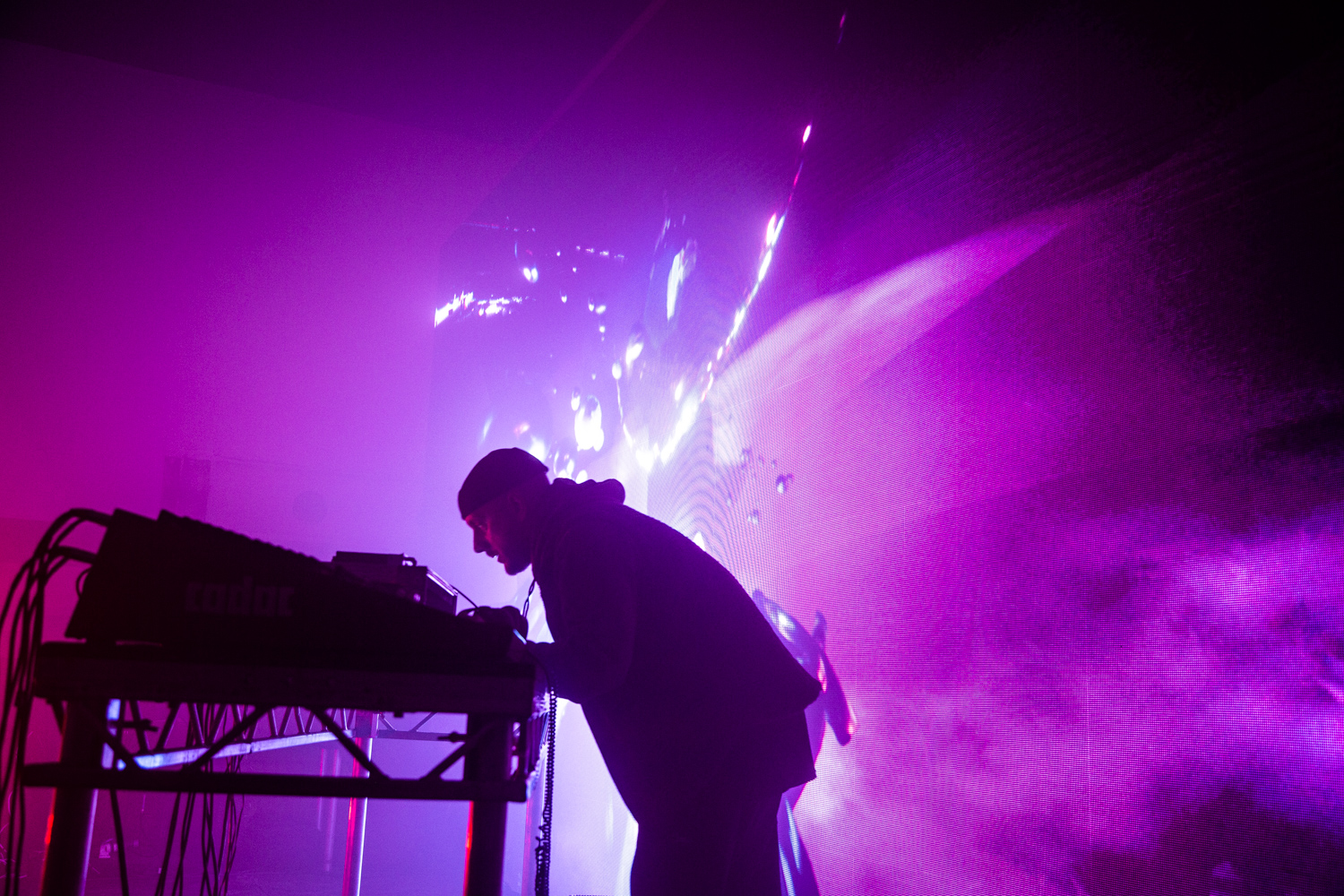 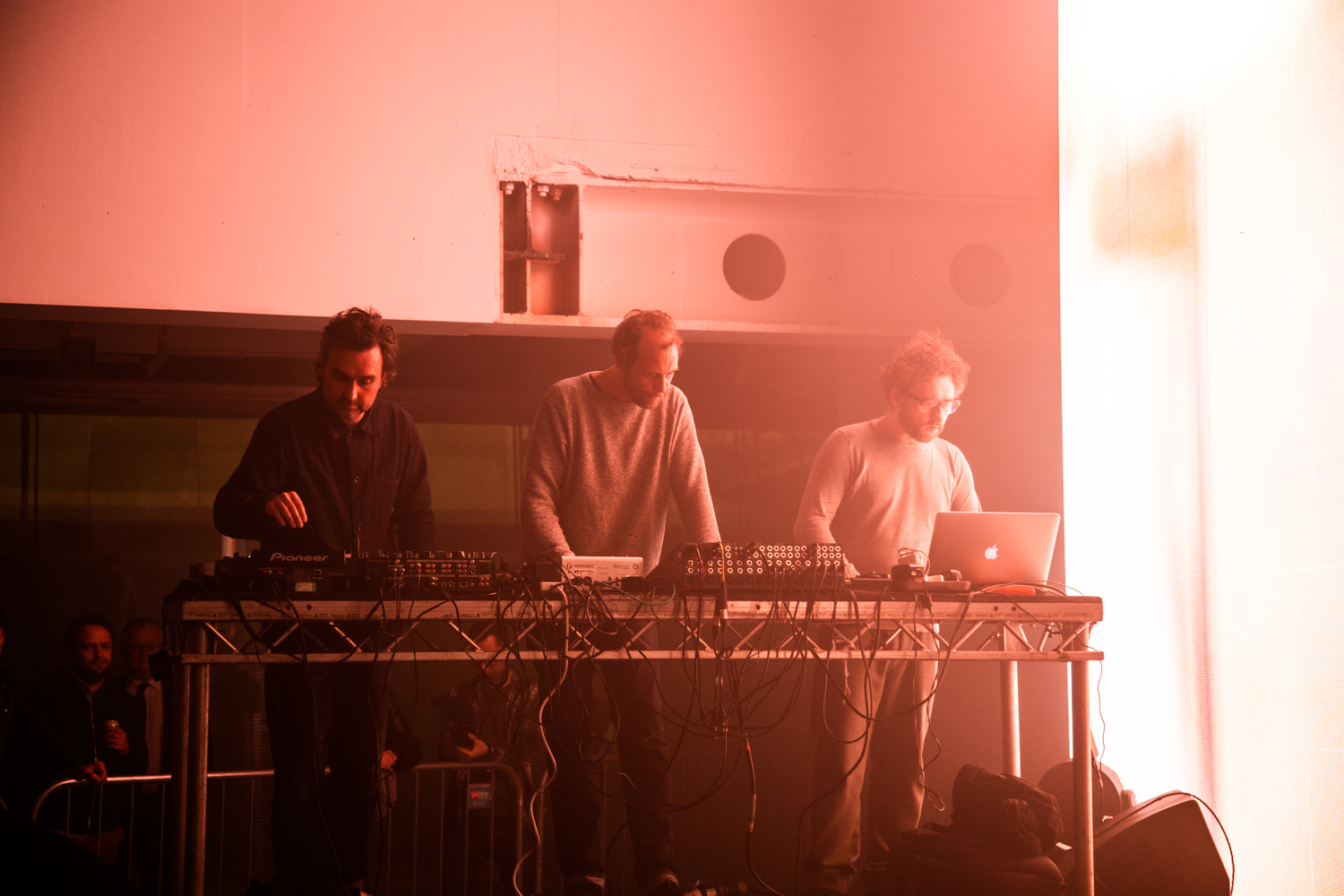 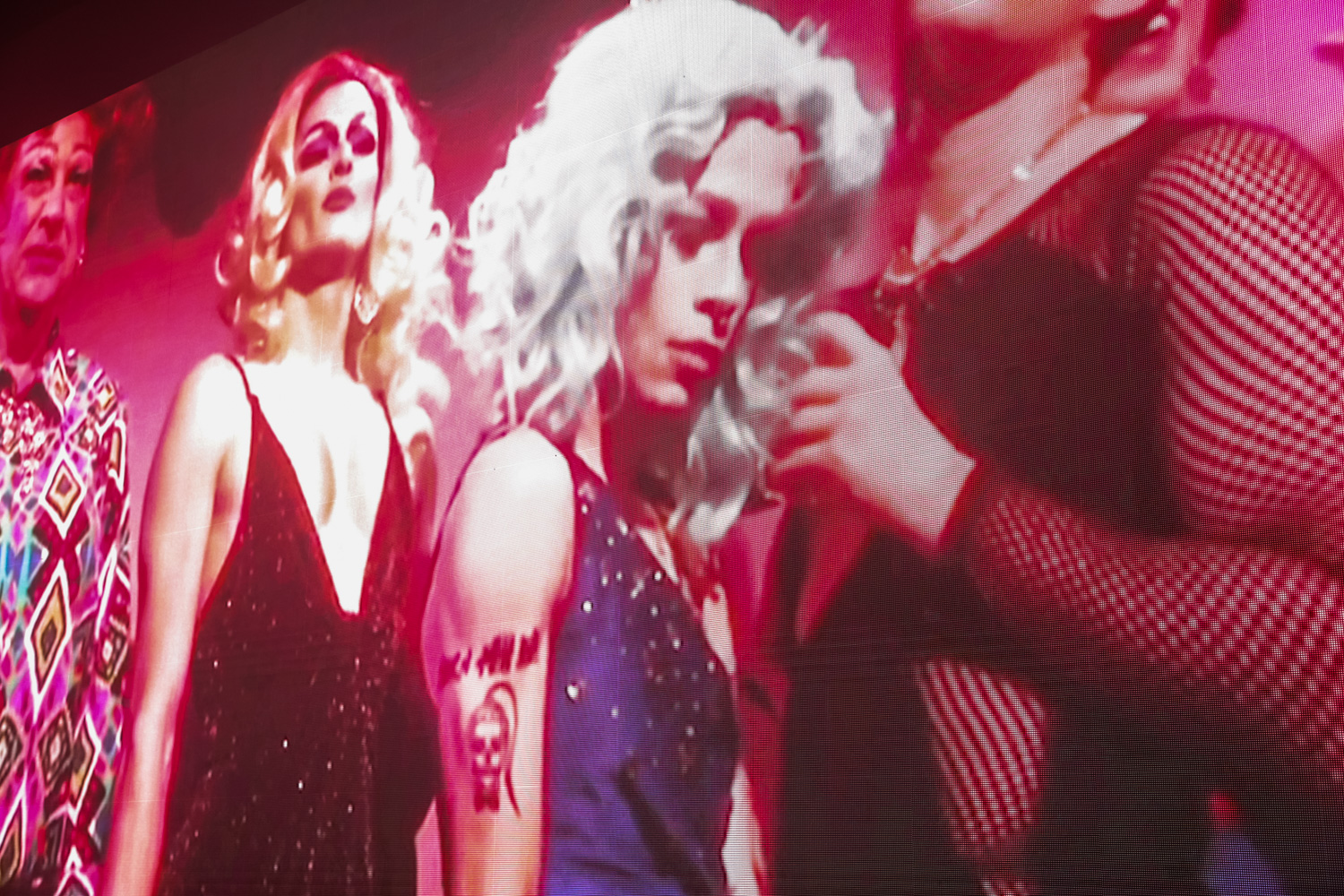