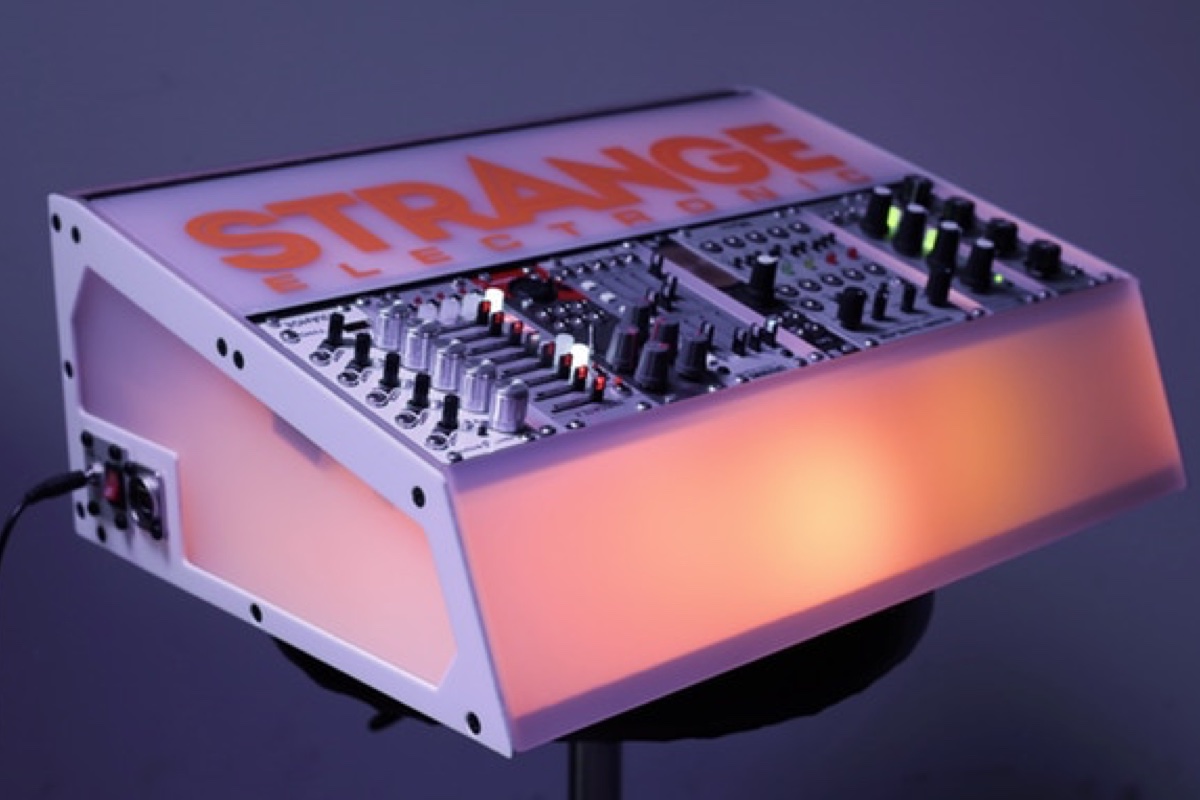 Lightstorm lets you create a lightshow with control voltage.

If you’ve exhausted all possible avenues for your Eurorack system, there’s a new modular synth accessory to sink your cash into: a light-up case and module combo that’s currently crowdfunding on Kickstarter.

Strange Electronic’s Lightstorm Eurorack Case looks like one of those illuminated PC towers beloved of pro gamers, but instead of simple switched LEDs or lights that respond to sound, the case pairs with a module that patches into the rest of your system and allows the LEDs to be triggered by control voltage.

If you don’t like the look of Strange Electronic’s case (which consists of a decent pair of 84HP rows), it’s possible to buy just the module with an LED strip for inserting into your own transparent case, or even just attaching on the outside of your existing rig.

The system isn’t cheap though – a Lightstorm module and LED strip costs $300, while a Lightstorm case and module package is priced at $1,200. For comparison, Intellijel’s 84HP Performance Case costs $599, while Tiptop Audio’s 104HP Mantis case can be picked up for just $355.

Strange Electronic has to raise $20,000 by April 28 for the campaign to be successful, and at the time of publication, it had raised just over half of that amount. As with any crowdfunding campaign, caution should be exercised, as products can be subject to delay or cancellation.