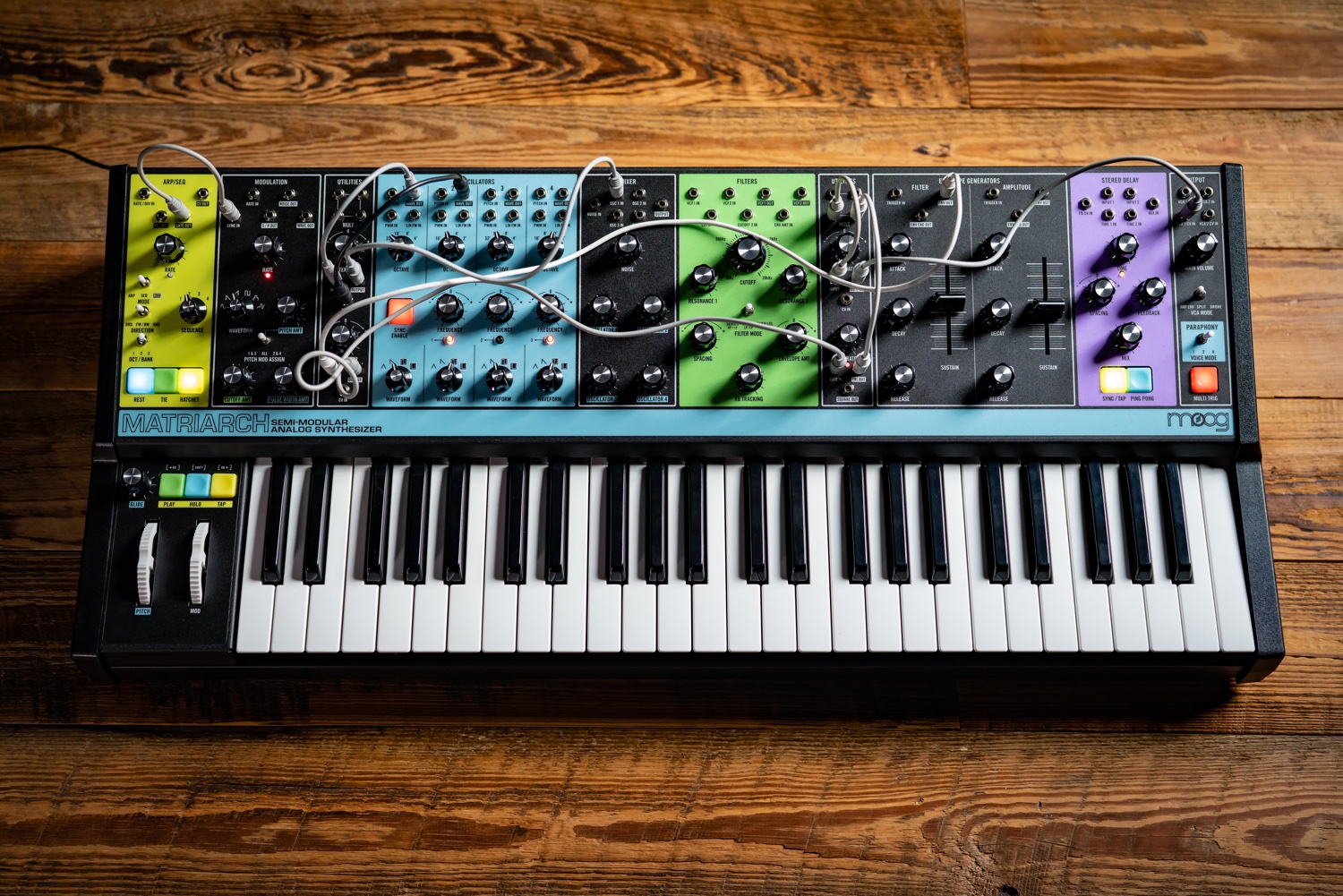 Moog is expanding its family of semi-modular analog synths with a new high-end instrument, the 49-key Matriarch.

Moog’s Matriarch takes its retro visual cues from last year’s semi-modular Grandmother synth, though the new model has four analog oscillators over the Grandmother’s two. Unlike the Grandmother, Matriarch is capable of running in mono, duo and four-note paraphonic modes.

Other features include an arpeggiator, 256-note sequencer, analog LFO with six selectable waveshapes, 90 patch points for self-patching or connecting to CV-enabled gear and stereo analog delay with repeats that can be synced to MIDI.

Moog will open general pre-orders for the Matriarch, which costs $1,999, on April 30. It will be available to try out at this weekend’s Moogfest in Durham, NC, where artists including William Basinski, Jlin, Kelly Moran, Eli Keszler and Craig Leon are all performing. Moog will also be selling a limited edition of 250 Moogfest Matriarchs, both from the festival’s pop-up factory or Guitar Center.

Read next: Moog are the music makers – Inside the small town factory that builds the world’s best-loved synths