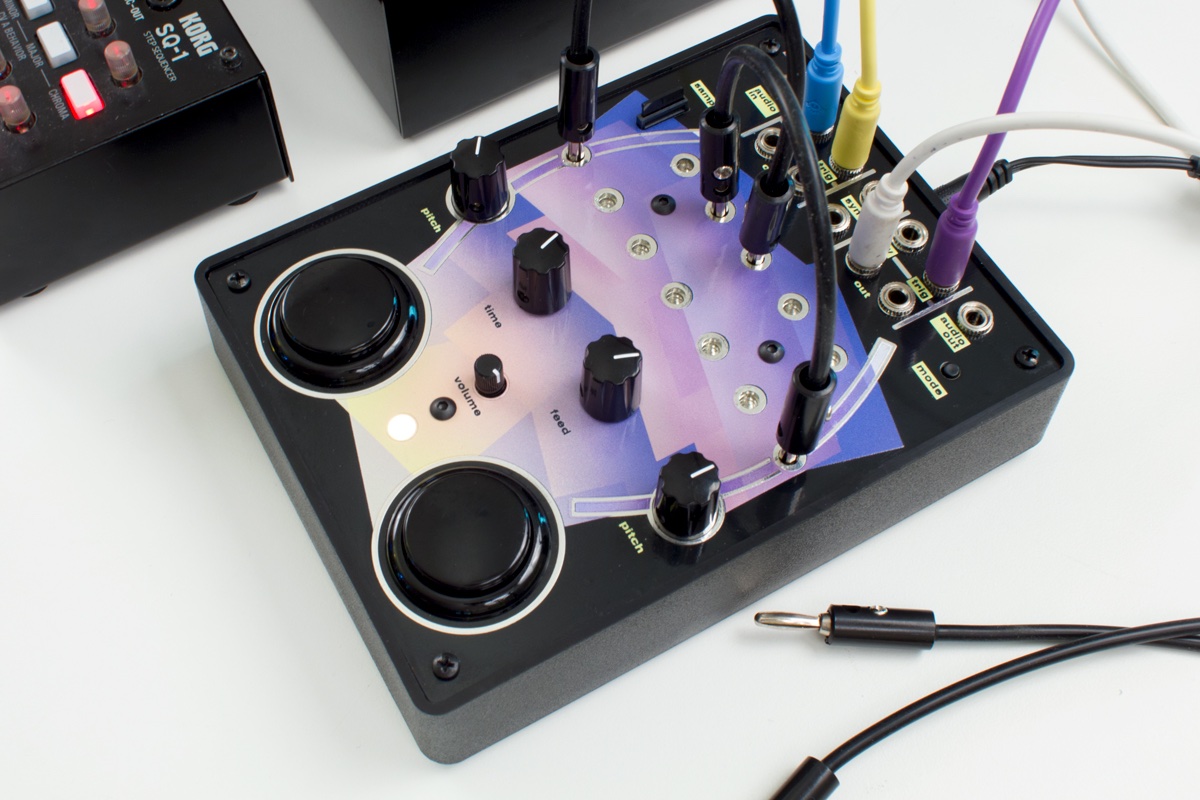 Delaydelus 2 is described by Bleep Labs as a “performative sampler” that’s able to manipulate the pitch of four stereo samples at once, allowing it to create everything from “boom bap beats to outer dimensional noise loops” with the aid of a syncable delay.

The colorful effects box is the successor to 2015’s original Delaydelus, a limited edition custom sampler and delay unit with arcade-style buttons and alligator clip patch bay. Delaydelus 2 replaces the clips for a banana plug patch bay and adds CV and trigger ins and outs for connecting a Eurorack system or other analog gear.

Just like the original Delaydelus, the new model can conjure up some seriously tripped-out dub sounds and mangle samples in weird and wonderful ways. Sounds can be captured via the audio input or loaded via a Micro SD card, though the unit also comes loaded with samples from Daedelus himself.

Delaydelus 2 is available to pre-order now for $295, and includes a pin designed by Trek Matthews, the graphic designer responsible for the striking case. Only 100 units will be manufactured and pre-orders will close as soon as that number is reached, so be quick.

Revisit Daedelus’s 2016 episode of Against The Clock below.