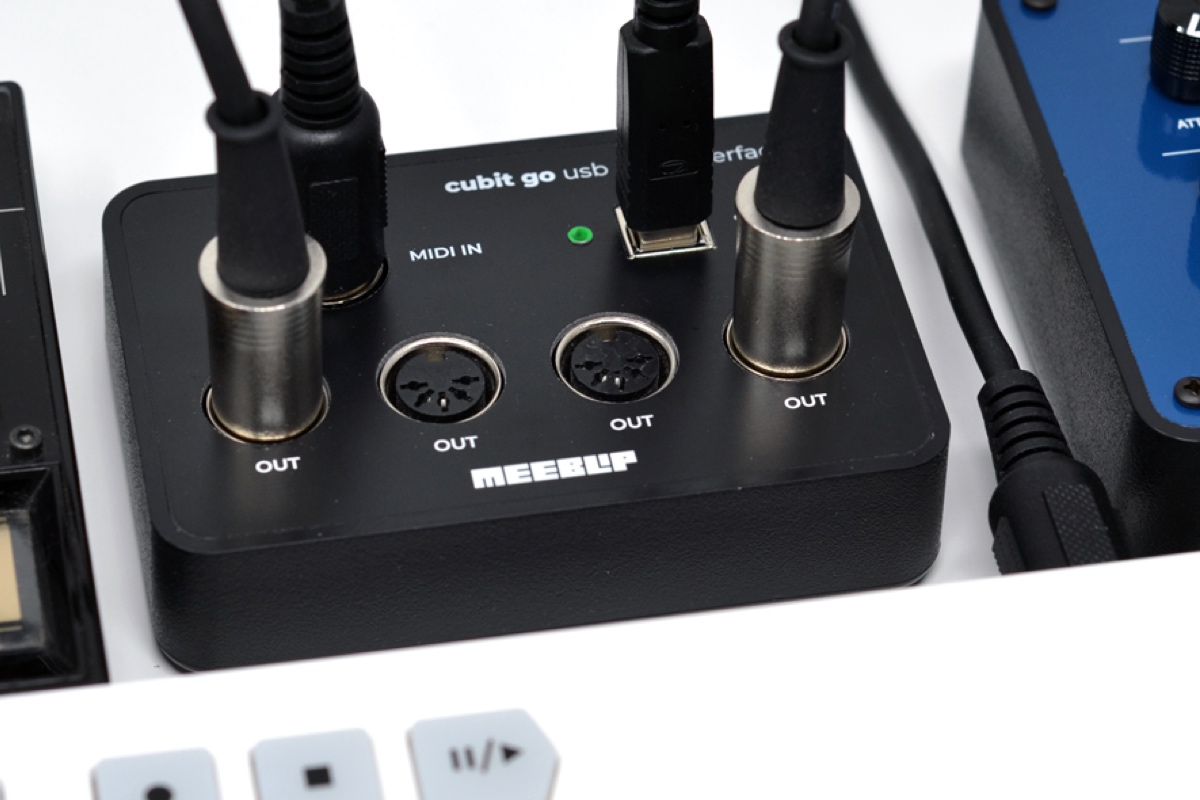 The cubit go is a simple $59 USB MIDI device for sending note and clock data to four outputs, aimed at mobile music-makers. According to MeeBlip, it has “incredibly tight timing” and works out of the box with any desktop OS as well as phones and tablets.

“Here’s the twist: we’ve integrated hardware MIDI thru circuitry on the four outputs,” MeeBlip says. “Anything you send to the interface’s output goes to all four jacks simultaneously. There’s no software delay”. 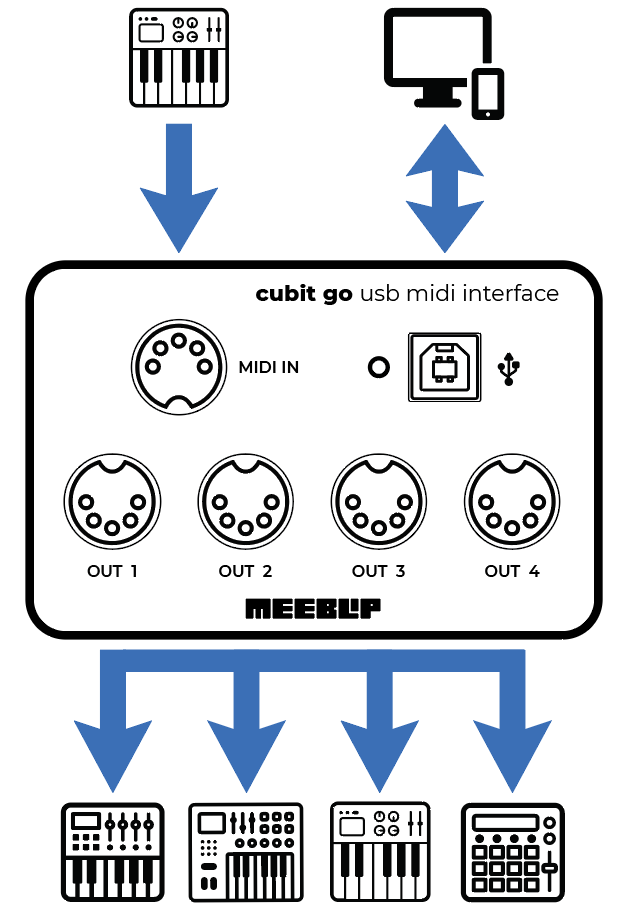 The cubit go is similar to last year’s cubit splitter, but while the original cubit functions as a basic MIDI thru box, the cubit go is what you need “if you need to get MIDI into and out of a computer or supported phone/tablet”.

MeeBlip’s cubit go is available from the MeeBlip site for $59.95.

Read next: MeeBlip geode is the latest pocket synth from Blipsonic and CDM