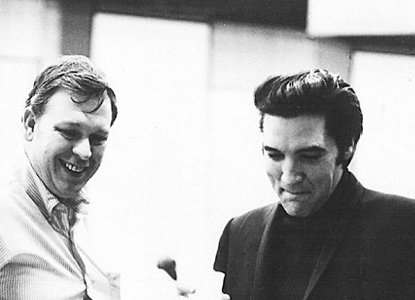 The American musician co-wrote (with Mac Davis), some of Elvis’s biggest hits, including ‘A Little Less Conversation’, and composed the soundtrack for two of Elvis’s films, Live a Little, Love a Little and The Trouble with Girls (for the inexperienced, there is nothing on Earth more entertaining than an Elvis film).

In addition to working with Elvis, Strange enjoyed a long-lasting relationship with Nancy Sinatra, arranging and playing guitar on some of the singer’s best known records, including ‘These Boots are Made for Walking’ and ‘Bang Bang’. He also worked with Frank Sinatra, as well as the Beach Boys (he contributes guitar throughout Pet Sounds, in fact), Nat King Cole, Wanda Jackson, Randy Newman and Sammy Davis Jnr.

Strange died in Nashville, Tennessee yesterday; the cause of death is as yet unknown. He leaves behind two children, Russell and Kelly, from two marriages.