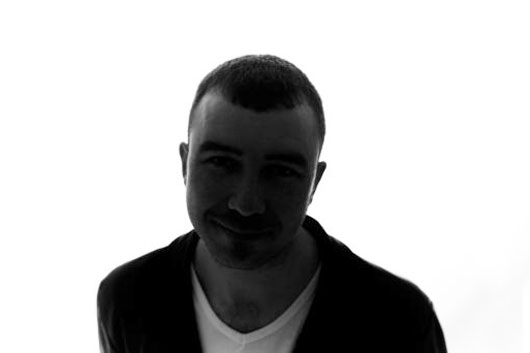 As previously reported, Shackleton has a new release on the way, a box set featuring two separate long-form works, Music For The Quiet Hour and The Drawbar Organs EPs.

The box, due out imminently on the artist’s own Woe To The Septic Heart label, features incredible exterior and booklet illustrations by his longtime visual collaborator, Zeke Clough. Within it can be found a CD containing Music For The Quiet Hour, and three 12″ records comprising The Drawbar Organs EPs. The following statement from Shackleton explains the project’s origins and why it’s taken the form it has.

“For those who want to know the background, it is something like this.  I bought an Italian drawbar organ module around two years ago.  Apparently Italian organs from that period had a bad reputation but I was so happy with it that it appeared on most of the tracks I had been working on. I thought I had an album together and was supposed to get it mastered on the day after the mastering session for the Pinch and Shackleton release on Honest Jons (sometime towards the end of Summer 2011). I had also been working on a 12″ of more spacious music to go with that album as a limited vinyl 12”. By the time that I finished the music though, the tracks for that 12″ became so long for that I couldn’t contain them to two sides of a vinyl. This is what became [the] Music For The Quiet Hour album.

“In the end we didn’t get time to finish the mastering on that day in late Summer 2011 and for one reason or another the date got pushed back three months. Then there was the artwork.  There was a lot to do and that took a long time to finish. On top of that I then moved house and studio.  To cut a long story short, these things stacked up to a six months or so delay in the release. In the meantime I listened back to the whole 2 hours plus of music a few times and it struck me that Music For The Quiet Hour was an album (yes, a proper album) to be listened to all the way through, whilst the drawbar organ tracks were better suited to 12″ releases. Hence the format you have in front of you. A proposed 12″ that actually turned out to be an album and a proposed album that turned out to be a series of 12″s.

“In short, there is some new music from me.  It’s generally bass heavy and percussive with an involved narrative. Some people will like it and some people won’t. I think that it is quite different to music I have released before, I suspect that other people won’t.

“Many thanks to musical contributors Andreas Gerth and Kingsuk Biswas. Many thanks as well to Zeke who has done wonderful artwork again and Vengeance Tenfold who has provided great vocals and also the superb letter that proved to be a big inspiration for both the artwork booklet and the music from Music For The Quiet Hour (Part 4 is based on a letter he wrote to his granddaughter who lives in the year 2065).  Many thanks to all the people who have supported over the years.  I hope that you enjoy the music and only ask that you do not put it on the internet.” 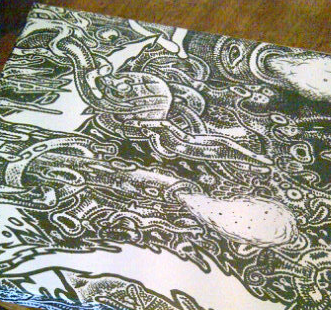