The other format is the version, if you want to call it that, which is something that’s on the Acid Ragga single but has featured more generally in your work for several years – different vocalists doing different versions of one instrumental. That’s still there in Jamaica, but in the UK, bar the odd exception […] 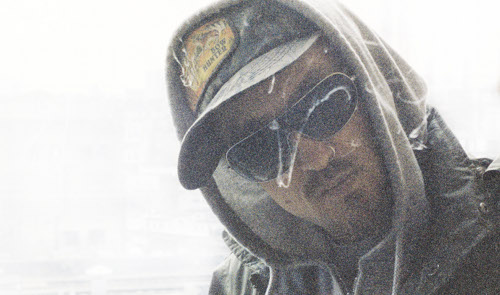 Acid? Ragga? Do the two go together?

Kevin Martin certainly thinks so. The man most know as The Bug, or one third of heavyweight lovers’ rock trio King Midas Sound, this year announced the arrival of a new record label. Called Acid Ragga, it aims to explore the relationship between the styles (acid house and ragga dancehall) and will launch in the coming months with a new single by The Bug. Of course, that’s not all Martin’s been up to: a new Bug album, Angels & Devils, is on the horizon, and he’s spent much of the last two years on the road, developing the behemoth that is King Midas Sound live.

FACT’s Tom Lea caught up with Kevin to talk about the concept behind his new label, Angels & Devils, dwindling musical styles, short-termism and more.


“I didn’t want to release other people’s music and make more enemies.”

It’s been a long time since you stopped your last label, Pathological, in…’95?

“Nah, I had a seven-inch label in the early days of The Bug, called Razor X.”

“It’s like an upgrade of that, really. To be honest I jacked Pathological because I didn’t want to release other people’s music and make more enemies. I was such a shit businessman, really clueless at that time and really young. I didn’t have a fucking clue what running a label meant. So what Razor X meant, when I started it, was more a statement of intent. And that’s the same with Acid Ragga.”

So why upgrade it now?

“My first inclination was to say ‘fuck dubstep’, and do something totally different with Bug, but then I realised that a lot of the artists that I admire most have a real consistency. And I feel that with London Zoo, I’d marked my sound. And it was a sound that in places I was proud of. So rather than jack that simply to be belligerent and antagonistic and volatile, it was more honest to continue that, and pull the extremes even further. The [forthcoming] Angels & Devils album, it’s going to be an extension of London Zoo in both directions really. At the same time, I didn’t want to come with like a 140bpm head-wrecker as my first release after London Zoo, because it’s been nearly four years. I wanted to come with something fresher, and come with something that I was excited by.

“I’ve really immersed myself in my 303, my 808 and my mixing desk, and I’ve been really enjoying it a lot. I’ve been exploring a sound that I first talked about with Ed DMX back when I first bought my 303, a Devilfish 303 around 2000… I was talking to Ed about how I wanted to explore acid dancehall then, and he laughed and said ‘yeah, fucking wicked, you should do it.’ And it’s just taken me this long to get around to doing it. I think a big reason for that [amount of time] is my relationship with [Daddy] Freddy – it’s got stronger, and for me he’s got the ideal voice for those sort of riddims, that Acid Ragga shit.”

After a good couple of years recordings and touring with King Midas Sound, was it a relief to get back to The Bug? The process must be incredibly different.

“Oh, it is incredibly different. King Midas is a democracy, with all the arguments and fights that that involves, whereas Bug it’s my neck on the line – my neck on the block. Both are heading in extremely different directions, but there’s a vein that runs through both.

“I’ve been playing so many shows since London Zoo that I feel that I know what I want now, in terms of a Bug club track, in terms of playing it live. And I think that’s really influenced both what I’m doing with the new album and with the Acid Ragga.”

Is the Angels & Devils title a reference to extremes, and poles? It’s something you talk about quite a lot.

“Very much so. In the choice of vocalists I’m working with, and the dynamics that I’m looking for, it’s quite a schizophrenic album in that half of it will be quite deep, and the other half will be aggro as hell.”


“It’s quite a schizophrenic album in that half of it will be quite deep, and the other half will be aggro as hell.”

I wanted to talk to you about two musical formats that the Acid Ragga label utilises, both of which seem to be dwindling in terms of popularity. The first is the seven-inch single, which in both Jamaica and the UK just doesn’t seem to be a popular choice any more, in any context. Was it quite a deliberate choice to release on seven-inch?

“Oh it was extremely deliberate, of course. I mean it’s commercial suicide to start this label – we’re going to great lengths to present it in a very unique way. For the first release, at least, I’ve commissioned artwork from Zeke [Clough] who did the Skull Disco stuff, the vinyl’s going to be coloured, and it will use a whole array of fluorescent and metallic colours on the sleeve. I wanted to make an item that’s favourable and collectable, and something I want. I still buy seven-inchs like an addict; it’s a purely selfish endeavour, but I wanted to create something that perfectly represents the collision of those two styles [acid and ragga].” 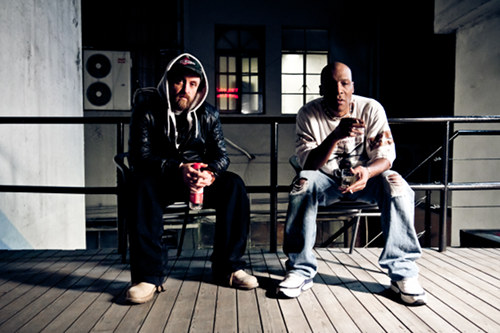 The other format is the version, if you want to call it that, which is something that’s on the Acid Ragga single but has featured more generally in your work for several years – different vocalists doing different versions of one instrumental. That’s still there in Jamaica, but in the UK, bar the odd exception like ‘Woooo Riddim’, it seems to be dying out, compared to the days of tracks like [Wiley’s] ‘Ice Rink’. Is that something you miss in UK music?

“Yeah, definitely. When you look back at ‘Ice Rink’, there was about thirteen fucking versions or something crazy… it was just insane, and brilliant. I’ve realised over the years though that I’m just a freak – most people just don’t enjoy that. Seeing some people’s reactions online, seeing them moan about the fact that the last King Midas Sound album had re-vocalled versions of tracks that already existed, as if that meant we were ripping them off or that the music was somehow invalid… for me, it’s maximum validity to have multiple versions. In the same way that I’m drawn to dub, because dub keeps a song infinite whereas a lot of pop and rock is anchored by the finite, I think that’s what’s great about versions. Why not do it? Why not keep an incredible riddim alive, and see how each individual interprets it? I find it fascinating.”


“Why not do it? Why not keep an incredible riddim alive, and see how each individual interprets it? I find it fascinating.”

So is Acid Ragga there just to house your own productions, at this point?

“At this point, yeah. I’ve got a couple of allies, in Stereotyp from Austria and Mark Pritchard – they’ve both done stuff that’s in that zone. Mark, bless him, went away and did something in that style once I told him about [the Acid Ragga style / label], and he did it fucking brilliantly. They’re the only two people I feel that affinity to, that I’d want to get involved. On a mad tip, I’d love to get Stephen “Lenky” Marsden involved. He did the ‘Diwali Riddim’ a couple of years ago, which was huge, but before that he had this crazy, off-kilter ragga label that had some of the most warped, electronic ragga riddims. But all those things are distractions from that fact that really, I just wanted to come strong with my own shit on this label, to continue my relationship with the vocalists I work with, and incorporate new vocalists.

“I’ve started tumbling into this idea of reviving Ladybug [a past Bug-run label that paired Bug productions with female vocalists] too – the first [Acid Ragga] single has Inga [Copeland, of Hype Williams] on the B-side, and the second has this new Israeli singer Miss Red on the flip…I discovered her stuff by chance, about three weeks ago, and we’ve been working like dogs on tunes ever since. And then the next one – well, I think it’ll be the next one… did you hear that single, ‘Sayso’, from earlier this year?

“Yeah. So much of this is just fucking miraculous, you know, and odd, and bizarre, when I contact people. Like when I contacted Grouper, I was stunned that she’d even heard of me, and doubly stunned when she told me she’d been playing her mum ‘Skeng’ about two weeks before. When I contacted Evy Jane, Jeremiah, the dude from the group, had seen me live about five years ago in Canada and he said it had been a totally formative experience. And the girl from the group, Evelyn, was massively into grime and ragga. It’s just weird, man, weird synchronicity, and I can’t even pretend to understand it, but it’s great. Extending the past, and just building for the future.”


“When I contacted Grouper, I was stunned that she’d even heard of me, and doubly stunned when she told me she’d been playing her mum ‘Skeng’ about two weeks before.”

Which leads me to ask: how is the new album ticking along?

“It’s great, it’s just getting time. I’m a notoriously slow worker, obsessive to a point of madness, and I just don’t release anything until I’m fucking happy with it. I’ve accumulated a shit-load of vocals, which are incredible, but I keep writing new instrumentals.

“With London Zoo, there was about double the amount of material written that actually went into the album. There’s unheard Warrior [Queen] tracks, unheard Flowdan, Ricky Ranking material. It’s just trying to get close to that point where the album comes close to saying what I want it to say; where it reflects what my mind’s saying.”

Do the Acid Ragga singles help release a bit of pressure, in that regard?

Coming from someone who recorded an album called Pressure.

“Yeah, well that name was no coincidence. I think Acid Ragga, for me… well, it sounds vague to say it though it’s not, because there are definite concepts and aesthetics behind it, but it’s very vibey. It’s very energised, and about me getting my hands on some analogue gear and not getting stuck in an computer all day. Get on hands on a 303, on effects, and just twist shit up. The first single alone I think I did 45 mixes of before I chose the one I was happy with. But conceptually, it’s maximum energy, trying to chase a sound that’s in your head. I knew I could do it, back when I spoke to Ed all those years ago, and this is me trying to finalise it, and nail it.”