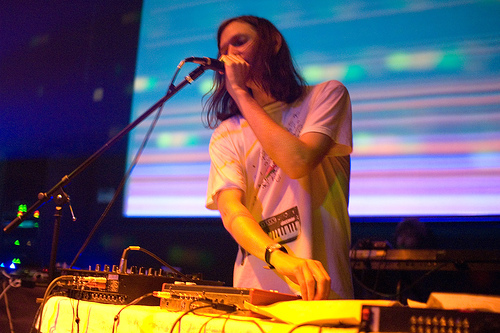 Five Records is a regular strand on FACT in which we ask an artist whose taste we respect to talk us through – wait for it – five records that they’re currently enjoying. Following recent turns from Saint Etienne and Black Dice, today it’s the turn of DMX Krew.

DMX Krew is a crew of one – the wonderful Ed DMX. His career, spanning nearly 20 years, is nothing if not an extended love letter to electro, but his matrix of influences and ideas also includes acid house, Detroit techno and much else besides – check out his regular EDMX Radio podcasts, where you’ll hear classic grime instrumentals from Jon E Cash and Wiley alongside Kraftwerk, Underground Resistance and countless more obscure producers and productions culled from the back-pages of electronic music history. Put simply, Ed’s knowledge of, and passion for, the sounds of the underground is second to none, and it’s always a treat when he shares it.

This month DMX Krew will release a new EP of “analogue synth-derived dance traxx” on fledgling, highly promising UK label Wavey Tones (check the clips here); he’ll also be appearing at the upcoming Bloc festival in London. Over the next five pages, Ed talks us through five records that he’s been digging of late, from the “wrong-sounding” edit science of The Art of Noise through to early demos by Aphex Twin. 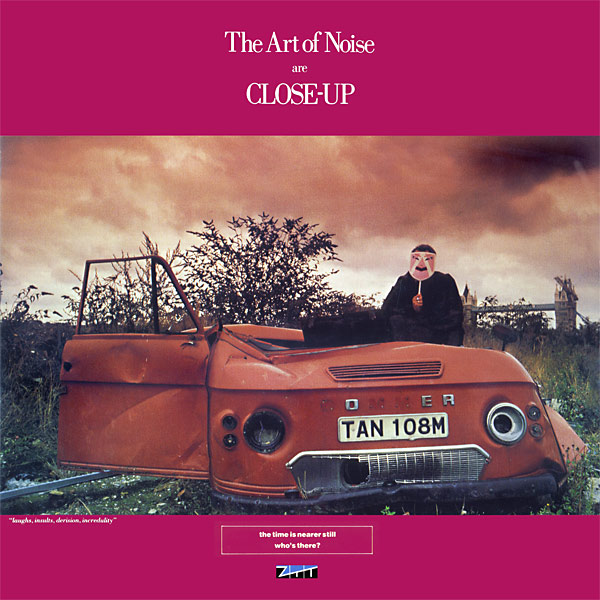 
Ed DMX: “I was 11 when the single ‘Close (To The Edit)’ charted, and without knowing it, I was already by then obsessed with records with electronic sounds. I didn’t know how the sounds were made, or that I didn’t like guitars much. I just found that some records had amazing sounds I’d never heard before, sounds that jumped out of the speakers and made me feel funny: the melodies played on sampled voices in Freeez’s ‘I.O.U.’ or Nu Shooz’s ‘I Can’t Wait’, the stuttering speech and wild stereo of Paul Hardcastle’s ’19’ or Falco’s ‘Rock Me Amadeus’, Kraftwerk’s ‘Tour De France’ with its beat made from electronic clicks, heavy breathing and bicycle chains.

“‘Close To The Edit’ is full of sounds nobody had heard yet in 1984: sampled instruments, drum loops, cut up voices, digital synths. There was also a craze for remixes. Singles would be released on different formats with many different versions. As a grown-up I found out there are three different 12″ versions of this record, all with the same sleeve and catalogue number, a classic ZTT bamboozlement. In the 90s I heard Cylob play ‘Closed Up (Hop)’ in a club and when the huge echoing screams came in I thought someone was being killed. The original ‘Close (To The Edit)’ and the longer ‘Closely Closely (Enough’s Enough)’ are both full of wild experimentation and joyful weirdness. Last month I picked up another 12″ with ‘Close Up’, which is a version wherein the producers seem to have used the same note data in their sequencer but changed it to the wrong sounds so it’s at once familiar from my childhood but also delightfully wrong-sounding.” 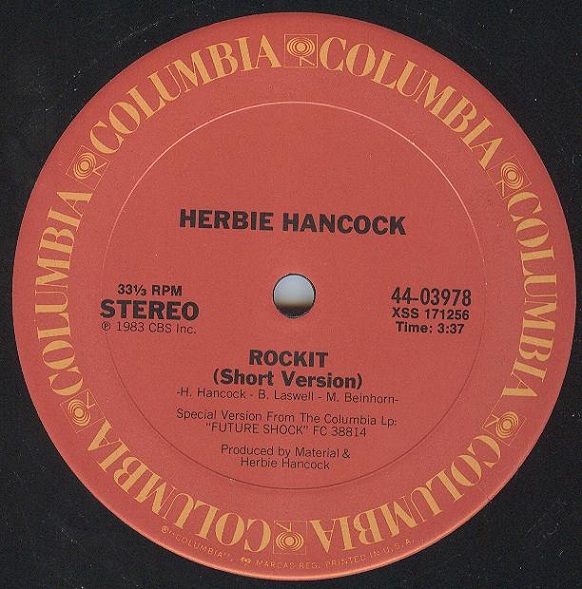 
Ed DMX: “I was 10 when I heard this. Perhaps not as mindblowingly weird as 1984’s Art Of Noise releases but this was the first scratching record I heard, and also one of the first ‘robot voice’ records I came across. Newhttp://www.factmag.com/wp-admin/post-new.php sounds! But those aside, this track also features great synth hooks and hard, pulsing DMX drum machine. It’s almost the blueprint for everything I would grow into later. I had it on a tape called Charthits 83 and I would rewind it over and over. The Fun Boy Three track that came after it on the tape didn’t get much play.

“In the 90s I was asked to remix ‘Rockit’ for a Sony project that was shelved in the end, but listening to the master tapes is fascinating. Now that digital editing is so cheap and easy, I recently transferred the masters the a laptop and ‘re-made’ the track. It’s such a buzz to hear all the individual parts that make up this record that was a huge part of my growing up – amazing performances from Herbie Hancock, Bill Laswell and the rest – and sit at the computer creating my own dub mixes.” 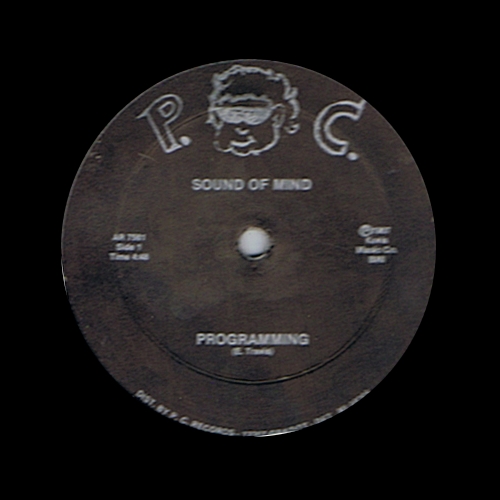 
Ed DMX: “When I started my label Breakin’ in the late 90s, it was primarily influenced by the old-school electro and Miami bass sounds of the 80s. But at the same I time I was discovering that there was still an electro scene in Detroit: Aux 88, DJ Godfather, DJ Assault and Erik Travis. This is one of Travis’s first productions from 1987 and I never heard it at the time. It’s a rare, sought-after record with Detroit nerds. Recently Erik re-pressed a few copies and I bought one. It’s extremely basic, quite slow and funky. I love the production – in general, there’s a vibe you hear in the music when people are fighting against the limitations of using one or two simple pieces of gear.

“This record sounds like one drum machine, a simple keyboard and a vocal. This vibe can’t be achieved using big studios or computer setups with limitless possibilities. I can imagine him making this in a bedroom or a front room, trying to sound like his heroes, getting it half-close but also excitingly nowhere-near, buzzing like crazy.” 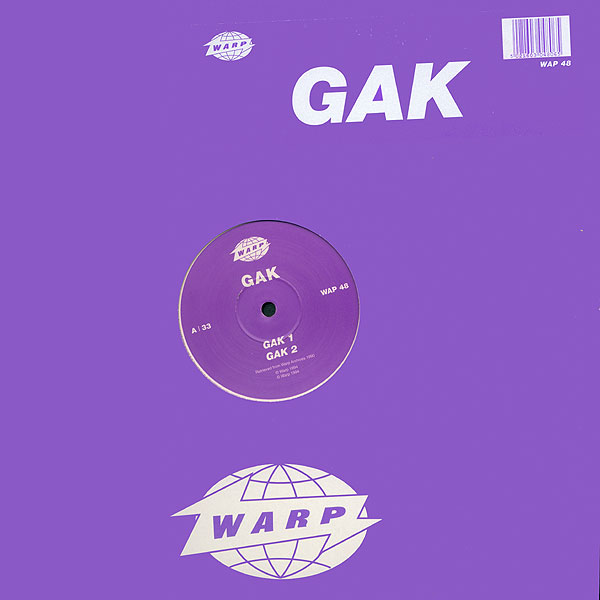 
Ed DMX: “‘GAK’ 1, 2, 3 an 4 are four tracks produced by Aphex Twin and apparently were early demos sent to Warp but only released in 1994. Just like Erik Travis, Aphex Twin’s earlier music is very simple. You can tell it’s done with minimal equipment but tons of heart, recorded way too loud onto a cassette. I’ve loved his music since the Analogue Bubblebath EP which again was a record featuring new sounds. The track ‘Isoprophlex’ had a beat made from grungy samples of laser zaps from the arcade game ‘Berzerk’. It was what I had always hoped to discover when I bought random records from the ‘Industrial’ section in record shops. Industrial music always disappointed me – it was let down by cheesy shouting, guitars, etc. Here was music that was completely machine-made, hard as nails but with a mournful, emotional side to it.

“‘GAK 4’ doesn’t have the WTF never-heard sounds of ‘Isoprophlex’, but it beautifully demonstrates the nostalgic vibe of the melodies and chord progressions he composes. Richard James once said to me: ‘Loads of people figure out how to get the sounds I get and can do it really well, but you’ve got to be able to write a piece of music as well, haven’t you?’ I think he really excels at writing music.” 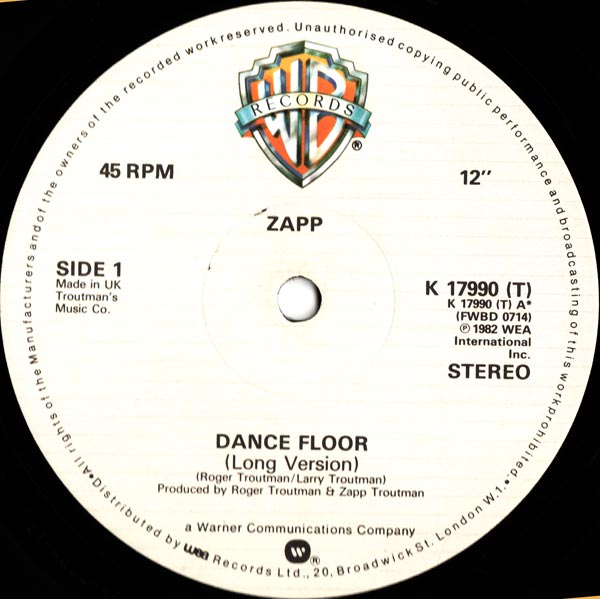 
Ed DMX: “This record features another one of those sounds that is kind of ‘novelty’ but I love it – the robot voice, in this case created by Roger Troutman’s talkbox. At the age of 14 or so I chanced upon the music of Parliament on the radio, and found a Greatest Hits in the Our Price sale. I started getting into the P-funk sound, which was characterised by slow, loping funk grooves featuring a giant handclap over the snare. Zapp’s ‘Dance Floor’ is kind of a distillation of this sound. It’s a record that comes from P-funk but goes halfway towards electro in its minimalism. The beat is simple. The bass is tasteful but funky. The chicken-grease guitar and horns of funk are there but they are restrained. The psychedelic hippiness of Parliafunkadelicment is absent.The robot voice is a thrill. The UK version has got ‘More Bounce To The Ounce’ on the B-side, what more do you want?”