In defence of the wobbler: 10 classics from the rowdier end of dubstep 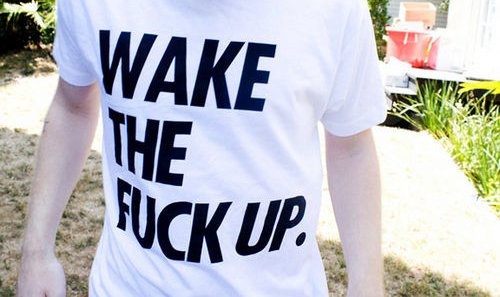 As dubstep – or at least, the super-aggressive form of dubstep that’s become the de facto soundtrack to American keg parties and teenage YouTube confessionals – descends further down a black hole of LFO presets and comedy festivals, it’s worth remembering: it wasn’t always this bad.

It’s still not that bad, to be honest. Yes, there’s a swarm of bandwagon producers earning far too much money for peddling shite to kids, but guess what: that just puts dubstep in the same league as pop music, house music, hip-hop, drum’n’bass and whatever other big league genre you want to name. Even with many of the sound’s key protagonists turning to house tempo in recent years, there’s still plenty of people – Mala, Skream, J:Kenzo, Vivek and the rest of them – doing dubstep right.

But they’re not what this article’s about. In short, we came up with the idea for this piece for two reasons. Firstly, because although the Internet at large likes to completely separate revered artists like, for instance, Skream from the Americanised dubstep sound that’s currently so huge, it’s still all from a blueprint laid down by artists like him, and thus, one that can’t be completely distinguished from him. To pretend that Skream and his peers didn’t make plenty of obnoxious (not in a bad way), tear-out music that predicts dubstep in 2012 is blinkered to say the least. And much as you probably wouldn’t admit it, a lot of you loved it at the time. We did.

But secondly – and this is the main reason – we decided to collect this list because there’s been a lot of peak-time dubstep made by both Americans and Brits (and Europeans, and Australians, and so on and so forth) that is actually pretty great. Sure, the ratio of good to bad in dubstep is probably as weak as it ever was, but that’s not to say that there’s no longer a time and place for a tune like ‘Cockney Thug’. So gird your loins, here it is: a defence and a celebration of the dubstep wobbler, with – in our view – a combination of bona fide classics, overlooked records that should’ve been bigger, and at least one controversial pick.

Released six months before Coki’s ‘Spongebob’ (the track that, along with Rusko’s ‘Cockney Thug’ is largely credited with tipping dubstep over the edge into wobble-mania), ‘Oskilatah’’s actually a thousand times better. Doesn’t get old.

The juxtaposition between those wide-eyed vocals and the way that the wobble bassline and lead synth snake around each other is just as powerful as Skream’s La Roux remix. Second drop is, as with a lot of these tunes, a charm.

In some ways, the perfect representation of dubstep’s potential as a boundary-less dance music. Yes, the John Holt sample is about as sixth form as it’s possible to get (you have seen the covers of Rusko’s Babylon EPs, right?), but everything past that is dance music at the perfect mid-point between club-friendly and experimental.

Like ‘Biggest Chopper’, the main thing that strikes you about ‘Rubber Chicken’, listening to it now, is just how weird it is. It almost sounds made on the fly, with big wobbles – mixed down at about triple the volume of anything else on the track – daubed over the top of a haunted house loop and distant drums.

Yes, there’s at least 10 Digital Mystikz singles that could’ve made this list, but Mala and Coki’s work on their own DMZ imprint is so frequently revered that their excursions on other labels are often overlooked. Ignore this one at your peril.

“To be honest when I lost my confidence it was the middle of 2007. I started writing tunes like ‘Disco Rekah’. I think that’s utter bullshit that tune … To me, it’s dishonest. I remember sitting down in my studio and thinking ‘I have to write a tune that gets a rewind, I have to write a tune for the dance.’ And every time I heard it after it got released, I was like ‘why did I make it?” – In case you weren’t aware, Loefah, pretty much the king of ice cold, minimal dubstep from that period hates ‘Disco Rekah’. He’s basically the only one.

A bootleg of Joker’s debut single ‘Gully Brook Lane’ and Jakes’ ‘3kout’, ‘3k Lane’ amped the former’s potential to cause damage on dancefloors even higher, while adding some much needed colour to the turgid latter.

Yes, Circus Records mostly peddle the worst kind of music to the worst kind of people, but Doctor P’s breakthrough single ‘Sweet Shop’ is – if you can ignore the images of gurning boys fighting for space that you’ll associate it with if you’ve ever seen it played at a festival – a top dog on its own terms. A bassline that belchy would usually be enough to pull the rest of a track down into a sea of stodge, but ‘Sweet Shop’’s jagged lead, mournful diversions into 8-bit-style sounds and, let’s face it, fantastic piano riff, makes it a winner.

In 2007, Rob Smith from seminal Bristol duo Smith & Mighty turned to dubstep (RSD is, in fact, short for Rob Smith Dubstep, in the manner that only a ponytailed old stoner can really get away with) and released a succession of singles that stands toe-to-toe with any of the genre’s most celebrated figures. ‘Pretty Bright Light’, on Punch Drunk, receives most of the plaudits, but we’ve plumped for its overlooked, even more dramatic cousin, the untouchable ‘Accepted’.

Like climbing a stack of building blocks, only for the whole thing to tumble down on top of you. Absolutely brilliant; better than ‘Night’.