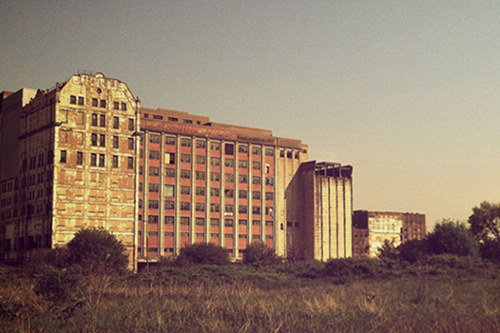 As we reported last week, the London Pleasure Gardens, venue for the disastrous Bloc 2012 and numerous other events planned for the next three years, has gone into administration.

The collateral from the failure of the venue is considerable – Newham Council had a £3m loan invested in the venue – but one group of people that are particularly badly affected are its former employees, several of whom report not having been paid.

FACT spoke to a bar staff supervisor who worked on site, and agreed to speak to us about their experiences at the venue – including the chaos of Bloc 2012 and the events running up to its closure. The supervisor, who would prefer to remain anonymous, was hired through Soulshakers, a catering company who were contracted to provide staff for the duration of LPG’s three year tenure.

Of Bloc, they recall observing that the site was a mess prior to opening for the festival, describing “mud, dust, screws laying around [and] leaking loos”. LPG “had no reaction” to the disastrous outcome of the event: “They made money. It was all fine. The show must go on” – an attitude which chimes with the venue’s poor handling of the affair in the public eye, where they seemed more intent on advertising future events than accepting any culpability for what had happened.

The supervisor recalls LPG management being “a nightmare to deal with” throughout their time there. Repeated requests for leaking urine under their bar to be cleaned up were ignored, forcing the staff to stand on crates in order to work; Soulshakers (who, the supervisor emphasises, “tried hard every day” to help their staff) eventually closed the bar of their own volition. The management also appeared to show little concern for the comfort of its employees: staff asked on a daily basis for a break area to be set up, and for specialist staff toilets to be provided so that bar workers weren’t forced to join long queues with the general public; both requests were ignored.

“[From] day one, I knew the people running the site were more interested in having cool music than treating people who worked there like human beings”, the supervisor told us, recounting the events running up to the venue entering into administration as follows: “On Tuesday [July 31] at 8pm the staff on site were told [the venue] was closed through the Olympics, but it would reopen. On Friday [August 3], I got my pay stub, but no deposit.” That same day, some – but not all – staff were informed by Deloitte, via email, that the site was to shut down and that they would no longer have a job. The supervisor claims to have known from experience that “when we did not get the deposit we would not be getting paid”. It does however appear that Deloitte, in their role as administrators, are making some effort to organise recompense: “Deloitte sent us all a very confusing 16 page form to fill out. It is possible that some people might get £430 in several weeks time”. The supervisor we spoke to however, a US immigrant with no access to public funds, will get nothing.

Throughout this time, the supervisor told us, LPG has “never contacted anyone. Not Soulshakers, who are out £20,000, and not the staff, who are collectively owed back wages of over £70,000 – and that is just the bar staff.”

The closure of LPG leaves a number of employees – many of them local Newham residents, whose employment was a condition of the Newham council loan which helped launch the venue – in dire straits. “People had three year contracts, for 40 hours a week, and they never got paid for the work they did,” the supervisor claims. A friend of theirs, owed over £3000 by the venue, has been evicted for non-payment of rent. “If that site opens again, as I hear it will, then they must honour the contracts of the Newham local hires.”