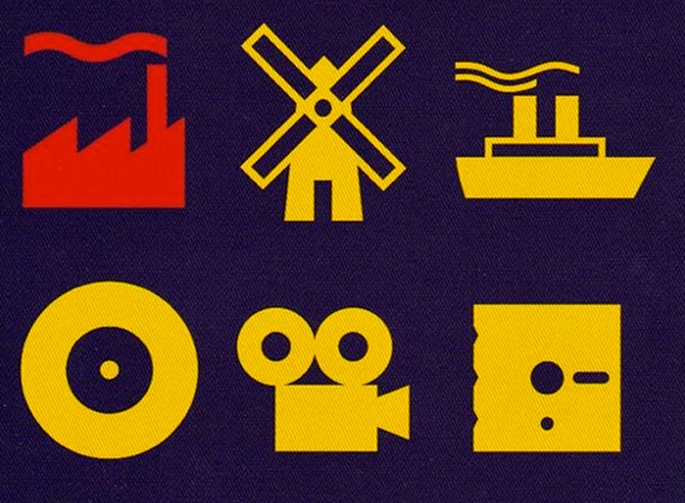 With the publication this week of Peter Hook’s new book, Unknown Pleasures: Inside Joy Division, the Factory Records nostalgia machine whirs into life once again.

Joy Division were a great band, of that there’s no doubt. They were also a supremely influential one, empowering countless raincoat-clad youths of a gloomy disposition to make their own sepulchral pop dreams come true in the 1980s, and beyond. But the lasting legacy of Factory Records shouldn’t be solely attributed to Ian Curtis’s troupe and more than it should be to New Order, or the Happy Mondays, or even Vini Reilly’s magnificent The Durutti Column. The Factory story, as anyone who read James Nice’s fanatically thorough Shadowplayers: The Rise And Fall of Factory Records will know, is more complex than that. Contrary to the impression given by Michael Winterbottom’s 24 Hour Party People or Anton Corbijn’s Control, or indeed many of the more self-consciously factual books, documentaries and magazine articles that have sought to tell and re-tell the Factory myth, Tony Wilson didn’t know that Joy Division and the Mondays would conquer the world; he had just as much faith in A Certain Ratio, in Stockholm Monsters, in bloody Northside.

The enormous success of Factory’s most famous bands has served to squeeze less unit-shifting, but no less deserving, acts out of the Manchester-to-Madchester master-narrative that seems to get smoothed and simplified with each passing year. Over the next seven pages, in a small gesture of protest, we highlight seven acts who released fantastic music on Factory Records but who are little regarded today. None of them recorded an album quite as good as Unknown Pleasures, but they all contributed significantly to the aura of excellence, inventiveness and risk-taking that surrounded Factory in the 1980s. 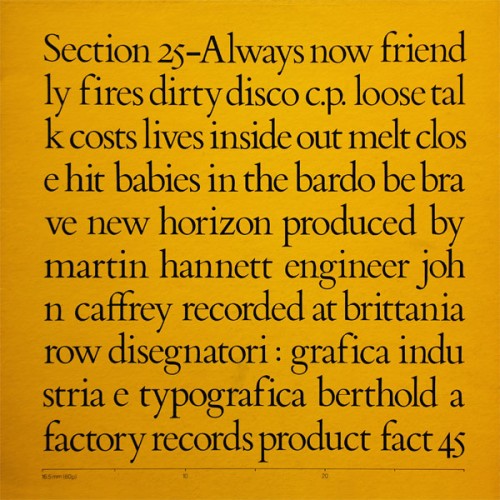 Formed in Blackpool in ’77, Section 25 recorded three albums for Factory, at least two of which are classics: their 1981 debut, Always Now, and its follow-up, 1984’s From The Hip. On Always Now, producer Martin Hannett deploys the techniques he honed on Joy Divisions LPs with great success: the sound is at once brittle and spaced-out, resulting in gems the sociopathic shut-in dub of ‘Hit’ and the propulsive, mantra-like pop of ‘Be Brave’. The group embraced synths in a big way on From The Hip, and lead single ‘Looking From The Hilltop’, with its confluence of space-age synth lines and Rainy City melancholy, was a major influence on the European cold wave. 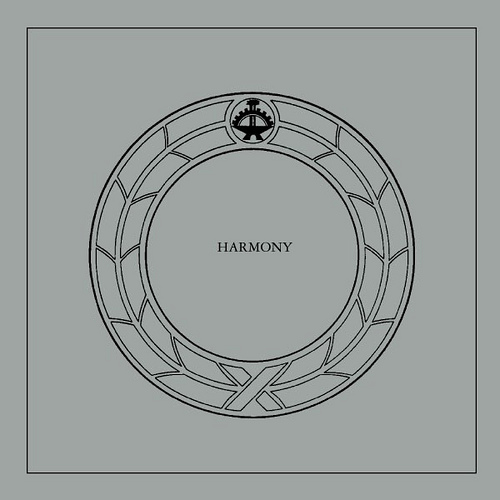 One of the greatest indie bands ever to walk the earth, The Wake’s career took them from Factory to twee-pop institution Sarah Records – indeed, they’re one of the few acts of the era whose sound grew punier with time. If you’re a fan of C86-style jangle then the Sarah stuff is well recommended, but the fact is that Gerard McInulty and his Glaswegian comrades never topped their debut album, Harmony, which was released on Factory in ’82. Finding a middle-way between the chiming rock classicism invoked by Felt and The Smiths and the stark, dubbed-out motorik of Joy Division, the band crafted timeless masterpieces in songs like ‘Favour’ and ‘Immaculate Conception’. They’re still going, and their recent material isn’t bad at all – see A Light Far Out, released on LTM Records earlier this year. 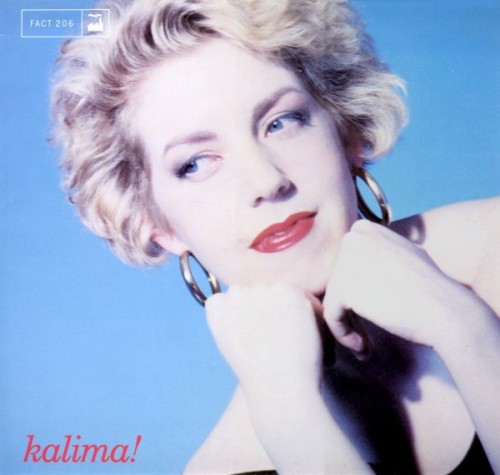 OK, so it’s rather hard to take the Latin-spiced jazz-pop of Kalima seriously today; their style of music has never been so unfashionable as it now, and one suspects their beyond even the guarded assignation of “guilty pleasure”. To understand Kalima, you have to cast your mind back to the second half of the 80s and the “new jazz” movement, which gained considerable traction before the unstoppable, MDMA-fuelled force of acid house arrived to wash it all away. Before acid, rare groove and jazz-funk represented the default musical setting in trendy UK nightclubs, and there was also a great appetite for “sophisticated” bossa derivatives for home listening (Crépuscule signing Anna Domino is but one example of an artist who rather abruptly pursued this direction). It’s an era that has yet to be satisfactorily digested or documented, and until it is, Kalima are likely to remain a joke.

Closely allied to A Certain Ratio (Martin Moscrop was a member of both bands), and led by art student Ann Quigley, the band began life under the name Swamp Children. Having rechristened themselves Kalima, they recorded their debut 12″, ‘Boy’, at Cabaret Voltaire’s studio, with Stephen Mallinder co-producing; by the time debut album So Hot emerged, however, all post-punk spikiness and experimentation had been eschewed in favour of a smooth, silken sound about as far away from the hard, frosty Platonic ideal of a Factory band as it’s possible to get. If nothing else, Kalima deserve credit for going against the grain. 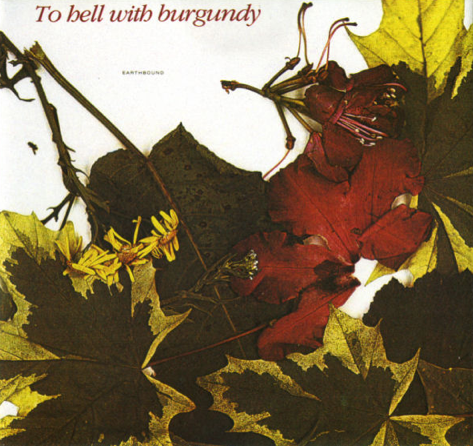 TO HELL WITH BURGUNDY

Another Factory band that sounded absolutely nothing like a Factory band was To Hell With Burgundy. Formed by drama students Karl Walsh and Joanne Hensman, with Kevin Metchear joining subsequently, THWB dealt not in moody post-punk, nor in Madchester dance-pop, nor even in Kalima-style jazz-funk, but rather pastoral, prog-inflected folk-rock. Walsh’s strident, unashamedly poppy vocals aren’t everyone’s cup of tea – imagine the power of Eyeless In Gaza’s Martyn Bates re-routed through the blue-eyed sentimentality of Paul Heaton in The Beautiful South – but you can’t deny their vitality, especially on debut album Earthbound. Signing with Factory was a mistake: had THWB held out for a major label deal, they might have been serious commercial contenders. 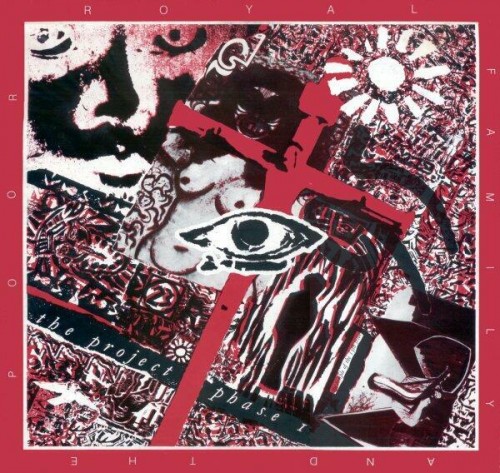 THE ROYAL FAMILY AND THE POOR

Fronted by multi-instrumentalist Mike Keane, The Royal Family and the Poor arose out of Liverpool’s Situationist Youth Collective and initially included future Happy Mondays manager Nathan McGough in its ranks. Like The Durutti Column, the band were given their handle by Tony Wilson, and their first release on Factory was as part of the split A Factory Quartet album (with Blurt, Kevin Hewick and The Durutti Column); their debut single, rather pompously named ‘Art On 45’ was the last record that Martin Hannett produced for Factory, but its brand of elastic, lyrically barbed “Situationist P-funk” was poorly received by critics. Soon after its release, the group dissolved; Keane’s new project, which he called (wait for it) The Project, attracted the attentions of Stevo and Some Bizarre, but he rejected their overtures and instead gave himself over fully to heroin addiction.

In 1984, he picked himself up again and, with the help of producer Peter Hook, revived The Royal Family and the Poor name for an album on Factory, The Project Phase 1 – The Temple Of The 13th Tribe. Its occult-tinged synth-pop sound was uneven to say the least, but dreamy follow-up The Project Phase 2 – We Love The Moon expanded on its predecessor’s promise with some success; still, for all his obvious talent, Keane’s prickliness and tendency towards self-sabotage has consistently won out, and as such he has yet to make a full-length record truly commensurate with that talent. 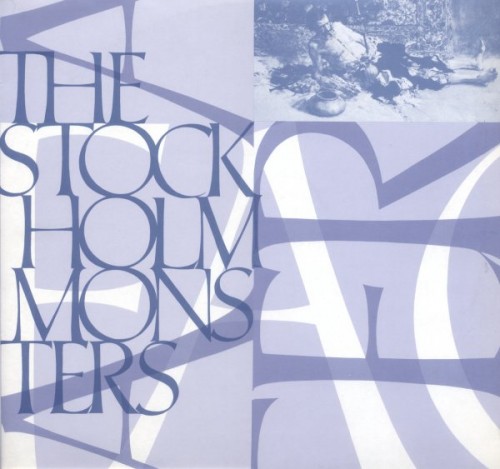 “I started to get into music early on because all the older guys that lived round our way were in a band from Burnage called the Stockholm Monsters. They were the first band ever to come from Burnage and I think they had a hit with a song called ‘Fairy Tales’. From that you get into Joy Division, New Order and then it was the Smiths and then the Roses and then the Mondays – and then you start your own band.” So said Noel Gallagher, paying tribute to a band rarely featured in mainstream Factory lore. In truth, their music was a pretty rickety affair for the most part, but ‘Fairy Tales’, the song which Gallagher brings up, is catchy as ‘flu and gives unfashionable prominence to woodwind – something to be applauded, you’ll agree. They released just one album, 1984’s Alma Mater. 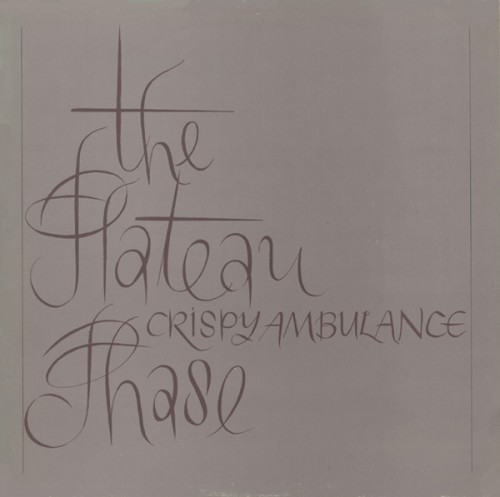 Rule one: don’t call your band Crispy Ambulance. Even now, after more than thirty years, the berkishness of that name (thought up by their friend Graham Massey, later of 808 State) is hard to forgive, and must account at least partially for the low esteem in which this excellent band are held relative to their contemporaries. Their debut single, ‘From The Cradle To The Grave’, was strong enough for 4AD to express interest in signing them, but the less cautious enthusiasm shown by Rob Gretton drew them to Factory instead. Subsequent singles and live shows were met with reviews initially mixed, then almost invariably hostile; the band were repeatedly dismissed, unfairly, as Joy Division copyists.

It was 1982 before their splendid debut album, The Plateau Phase, emerged; a striking and out-of-time record that owes much to the 70s art-rock dreamscaping of Eno, Faust, Floyd et al, it should have vindicated them entirely, but the critics refused to change their tune. “Ironically the first single sounded more derivative than anything else,” says mainman Alan Hempsall, “Yet when it got reviewed there was not one mention of Joy Division. However, the more each record we released strayed from this, the more our critics dragged us through the sub-JD sheep dip. The Plateau Phase is an album I’m very pleased with and have no doubts about, yet it got the worst reception of them all.”