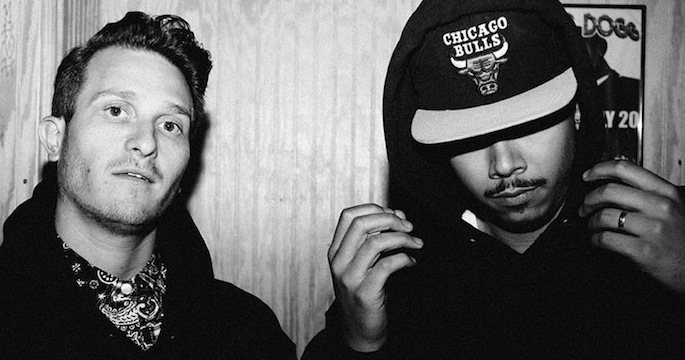 Dutch hardstyle pioneers Showtek are the latest to call out Flosstradamus for unauthorized sample use.

Showtek (brothers Sjoerd and Wouter Janssen) took to Twitter to accuse Chicago trap act Flosstradamus of using their music without permission. The songs in question appear to be Showtek’s ‘Colour of The Harder Styles (Defqon.1 ’06 Anthem)’ and Flosstradamus’ ‘DEAF’ (both are below).

“These cheap @flosstradamus cunts are stealing our tunes and putting it online for free!! this is the second time!!!! How low can you go?!! And we are doing this in public because they already did it last year and now again! This is not just sampling kids,” they tweeted.

A back and forth with Flosstradamus ensued, with one of the Flosstradamus members tweeting that “I sampled your shit because I like it. don’t hate… collaborate.” Showtek countered: “if you sample our track and call it your bootleg ,yes of course, but guys come on its not cool” and “we are proud if people sample our stuff, but if you dont ask , its stealing.”

This is not the first time that Flosstradamus (Curt Cameruci aka Autobot and Josh Young aka J2K) have caught flack for their hardstyle-indebted trap stylings. As the Chicago Reader points out, Flosstradamus received a cease-and-desist for their sample of Dutch Master’s ‘Recalled to Life.’

‘Total Recall,’ the title track of their EP for Mad Decent’s Jeffree’s imprint, significantly samples ‘Recalled to Life.’ When Dutch Master (aka Olaf Veldkamp) rejected rebranding the song as a Flosstradamus remix, it was removed from the Total Recall EP. (Of course, the original version still floats around the Internet unfettered.)

In fact, the duo’s recent releases (Total Recall and this week’s X) all revolve around hardstyle samples. To Flosstradamus’ credit, the tracks were released for free, and the titles nod to the originals — albeit not by denoting a remix or bootleg, but with tongue-in-cheek references.

Along with the Dutch Master and Showtek tunes, DJ Isaac’s ‘Sound of the Underground’ (‘Underground Anthem’), Headhunterz’ ‘The Fear of Darkness (‘DRAK NIGHT’), Second Identity’s ‘Modified’ (‘MOTA’), Da Tweekaz’ ‘The Groove’ (‘TWARK’), and Butterfly Effectz’ ‘In Your Life’ (‘UR LIFE’) were also sampled by the duo.

While largely settled in the hip-hop world, the issue of sampling in electronic music continues to cause controversy. Last month, Dutch producer Munchi battled with Azealia Banks over the use of one of his tracks. Continuing the trend, Banks and Mad Decent boss Diplo were accused of ripping of Master D (who’s also Dutch) on Banks’ ‘Fuck Up The Fun.’ Maybe it’s just a Dutch thing, or maybe there needs to be a larger conversation in the electronic dance community.