“Our music isn’t just a fad”: Footwork touchstone DJ Spinn talks competition, tradition and having What You Need 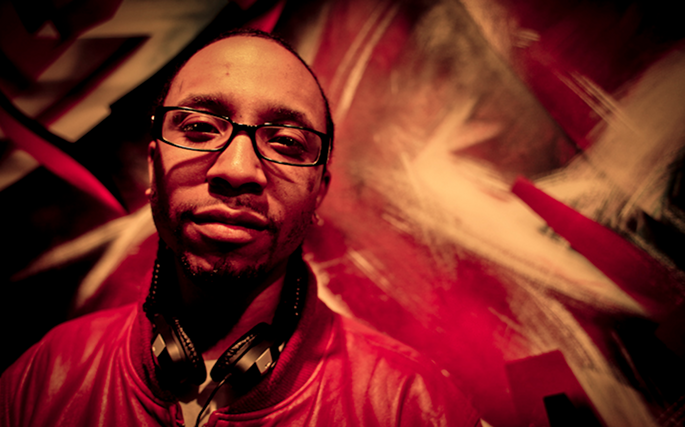 Today marks the arrival of What You Need, the debut solo album from Chicago’s DJ Spinn.

A core member of the city’s Teklife crew – formally Ghettoteks, with DJ Rashad, DJ Manny and more listed as members – Spinn has been pushing a soulful take on Chi-Town’s most frenetic form of dance music for some time. As we pointed out in the announcement for What You Need, “that’s what’s always set him apart: whereas Rashad’s tracks, despite the samples of soulful acts like Bobby Womack and Gil Scott-Heron, are driven by a whiplash of cracking snares, Spinn’s tracks often sport a warmer feel.”

FACT caught up with Spinn to talk about the album, what the future holds for Teklife and the crew’s label Lit City, friendly competition with DJ Rashad and more. Spinn will play Austria’s Elevate Festival this week, with The Bug, Sensational and more on the line-up.

The Teklife volumes are for the people to let them know how we do and that our music just isn’t a fad.”

Your album follows DJ Rashad’s Teklife Vol.1: Welcome to the Chi, a record that was really well-received, and seems like an important album for footwork in terms of where it is now, with this new-found popularity in Europe. Did you think about that when making this album?

“When I was making the record, I can say yes. I had to follow up the first album that defined what juke and footwork music is really about. The Teklife volumes are for the people to let them know how we do and that our music just isn’t a fad.”

Is there a bit of, presumably healthy, competition between you and Rashad when making tracks?

“Between all of Teklife there’s always a friendly competition. There is a competition internationally too – we strive to work harder than any producers in the game right now. We want Chicago to be well represented so it’s always competition between Teklife versus dance music producers – period. We’ve been doing what we do for a long time and can’t just let other producers take our style and run with it – at least, not without knowing where they got it from and respecting that.”

Your album’s only 10 tracks long, which is much shorter than most of the footwork albums we’ve heard. Why did you decide to keep it short?

“The album is really just an extended EP and since we’ve been touring solidly for a while, during the time of getting the album together, we only had time to master these 10 tracks between shows. Part two of What You Need is already in the works. Ideally we’d have had a 20 track album out. We had to choose between delaying the release for a few months until we could finish post-production or getting out the tracks out which were ready for release. We’d all rather keep it moving and get music out consistently rather than be precious about it.”

“We’ve been doing what we do for a long time and can’t just let other producers take our style and run with it – at least, not without knowing where they got it from and respecting that.”

How was the album collected? Did you make these tracks with an end goal of an album in mind, or was it the case that you had the pool of tunes already there, and you were like ‘right, there’s an album in this’ and just had to figure out the best ones?

“I definitely had an end goal in mind for the record. Due to a lot of touring, I wanted to put my freshest tax out immediately. For part two of What You Need, there’ll be a mixture of classic trax you would hear when we tour and new stuff I’m working on now. The work rate is high so picking through the hard drive is never easy. A lot of trax will never be released. There’s thousands between us. Once we collectively decided what needed to come out first for my Lit City debut, we tracked the album out and I mastered them when I had a bit of downtime at the crib between tours.”

What’s the current state / roster of Teklife? The parties seem to be going well.

“As for the current state of Teklife, we’re doing some talent recruiting in America as well as overseas. Between the label and the Lit City party, we just want to push the different talents of global produces that relate to our sound. We’ve had a lot of the extended family roll through – recently we’ve had Kode9, Nguzunguzu, Massacooramaan, Visionist, Total Freedom, Dubbel Dutch, DJ MikeQ, DJ Sliink, Brenmar, Ancestral Club Mix DJs’ NYC debut – just to name a few! Addison Groove is playing with Rashad and Red Legends Footworkers this Saturday. Zomby is playing the next Saturday November 3rd with Rashad b2b Manny, Massacooramaan and J-Cush. As for a TekLife roster, that would be myself, DJ Rashad, DJ Manny, Traxman, DJ Boylan, DJ Tre, J-Cush in NYC, Massacooramaan in Portland, Dj Gant-Man, Dj Taso in San Francisco and DJ Taye as far as official DJs and produces but we also have a lot of affiliates. There are too many to mention. You know who you are.”

What else can we expect from you and Lit City after your album?

“After my album we have “Teklife Vol.3: The Manny & Rashad Show“. I have a few trax featuring on there. Traxman’s Teklife Vol.4 is in motion. What You Need Pt. 2.

Manny’s gonna have a full album soon after. We are working on some surprises – some friends of ours have projects in the works. Won’t mention any names for now.”