Austria’s Elevate festival returns with The Bug, Andrés, A Made Up Sound and more 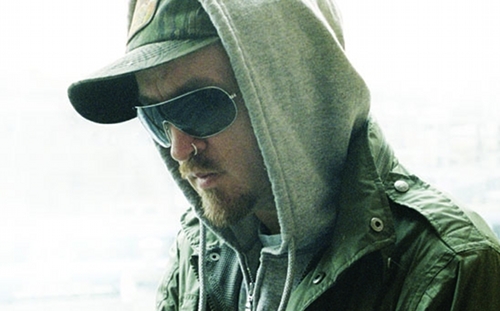 The Elevate festival will return to Graz, Austria this October with a packed programme which straddles the political and the cultural.

From October 24-28, the city will be taken over by an array of live performances, discussions, lectures and screenings, unified under the theme “Elevate The Apocalypse?”

On the musical side, the first line-up announcements have been made, and suggest a festival with its finger firmly on the pulse. Kevin Martin [pictured] will perform as The Bug with Daddy Freddy and Miss Red, as well as curating Friday night’s festivities, while DJ Scotch Egg will take over on the Saturday to host a line-up including deranged MC Sensational, Kohei Matsanuga’s NHK’KOYXEи and ex-Vex’d man Roly Porter. Elsewhere, an impressive cross section of cutting edge dance music talent will be in effect, with the likes of Skudge, Andrés, A Made Up Sound and Letherette performing.

In keeping with its theme, the panel discussion side of this year’s festival will pose the question: “Will it be possible to make a societal transition to an economic system and a lifestyle which is based on solidarity and respect for the natural ecological boundaries of our planet? Or does humanity need big catastrophes to really be able to push through fundamental changes?” It will feature contributions from Noam Chomsky and Occupy Wall Street, among others.

Further information and a limited number of early bird tickets – an absolute steal at €38 – can be found here.

Tags: A Made Up SoundAndresElevateRoly Porter
TOP TRENDING MUSIC