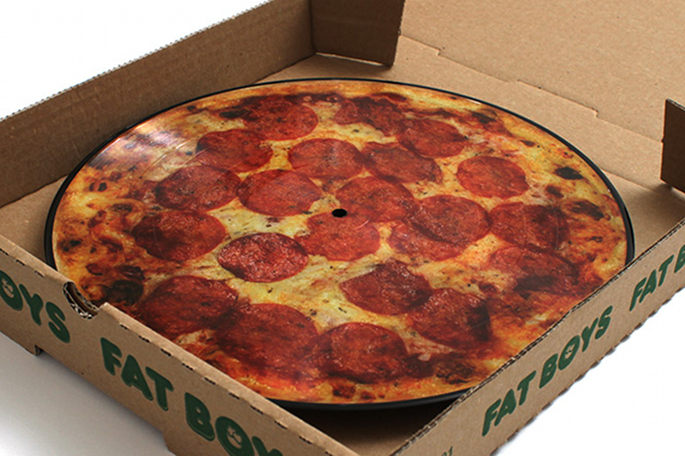 2012 was the year that special editions really got special.

From crowd-funded bands looking to bring their silliest psych/horror fantasies to life, to dedicated reissue imprints striving to deliver definitive editions of classic albums, via small independents and major labels alike just wanting to put an original spin on their packaging, no technique or material was out of bounds in the bid to make a release stand out: human blood, helium balloons, latex masks, switchblades, chess sets, pizza boxes, musk…

Over the next 15 pages we highlight – in no particular order – the best of the best. 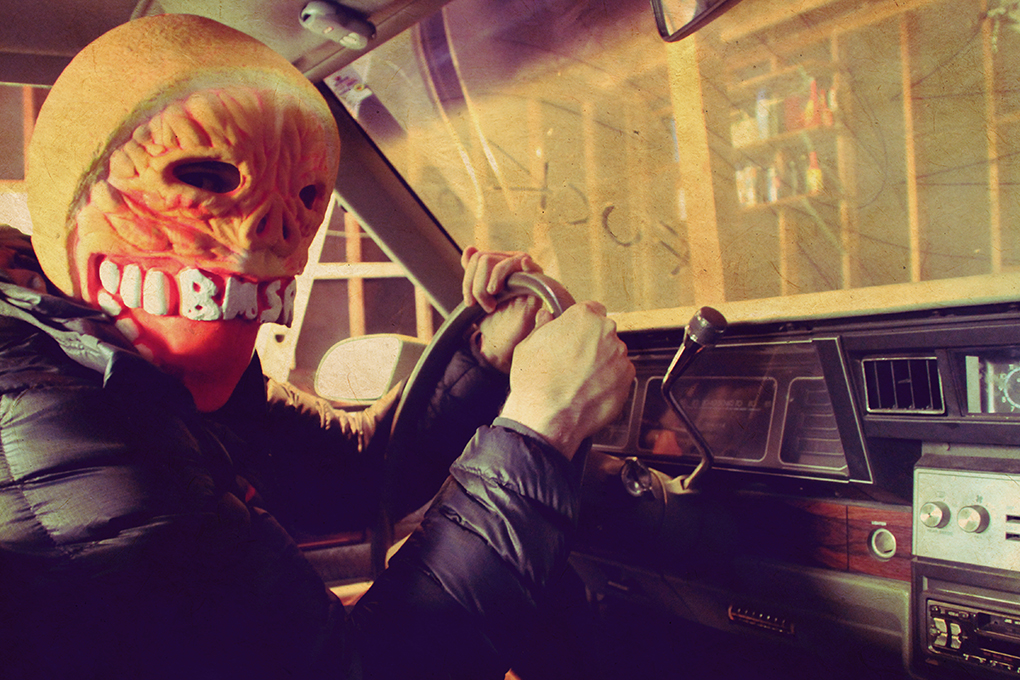 Puckish synth combo Black Moth Super Rainbow aren’t the sort of band to wear their hearts on their sleeve – but they are the sort of band that expect you to wear their album on your face. The Kickstarter-funded Cobra Juicy arrived as a hand-painted, “backlight reactive” latex mask, with a USB copy of the album secreted in its tooth. 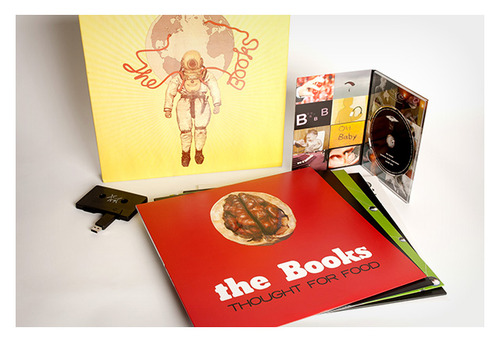 THE BOOKS
A DOT IN TIME.
(TEMPORARY RESIDENCE)

The captivating NYC duo sadly called it a day this year, and the wonderful A Dot In Time. box set provided satisfying closure. It’s a beautifully packaged and comprehensive set: remastered vinyl versions of all of the band’s LPs (2002’s Thought For Food, 2003’s The Lemon Of Pink, 2006’s Lost And Safe and 2010’s The Way Out), a double album of rarities and an exclusive two hour DVD all feature. Oh, and don’t forget the 56-page picture book about golf – exactly the sort of whimsical memento you’d expect from one of the noughties’ quirkiest outfits. 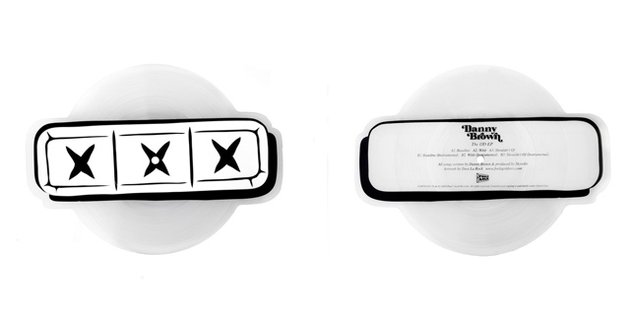 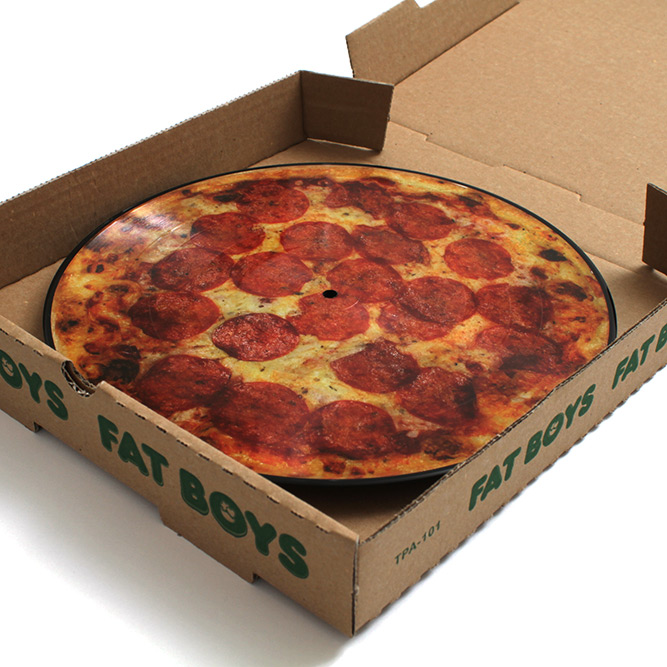 A record in a pizza box is usually the sign of a Discogs seller caught short, but for this reissue of ’80s rap group The Fat Boys’ debut LP, it couldn’t be better suited. 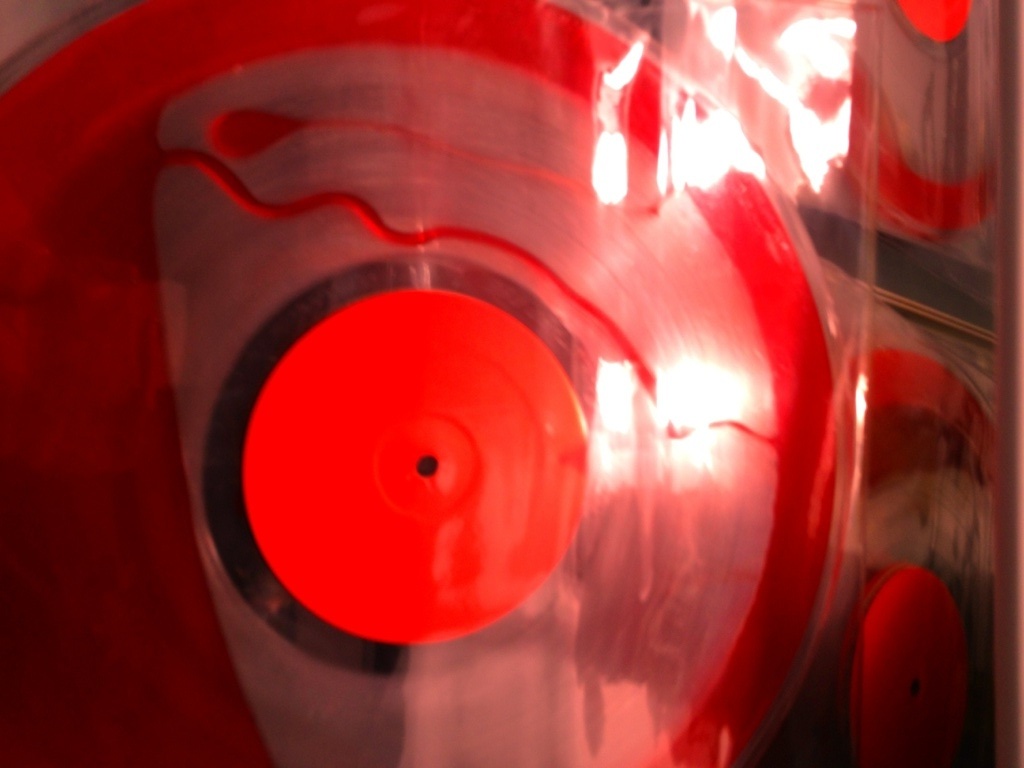 Oklahoma noodlers The Flaming Lips have previous when it comes to daft special editions: try 1997’s infamous stereo-sound experiment Zaireeka, or last year’s edible gummy bear skull. Record Store Day one-off The Flaming Lips And Heady Fwends, however, took the ginger nut biscuit. A batch of limited edition vinyl copies were reportedly infused with samples of contributors’ blood, with Prefuse 73 and Ke$ha opening their veins for the occasion. The perfect gift for the amateur cloning enthusiast. 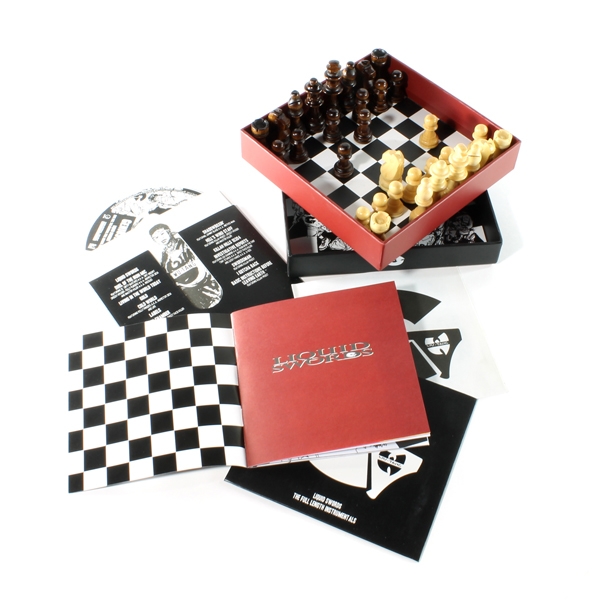 The reissues game is like a swordfight, and although Get On Down – one of FACT’s favourite labels of 2012, we should add – already reissued GZA’s classic Liquid Swords in 2011, they stepped things up one notch further with this year’s box-set edition, which featured two versions of the album – original, and instrumental – accompanied by the Wu’s favourite board game. 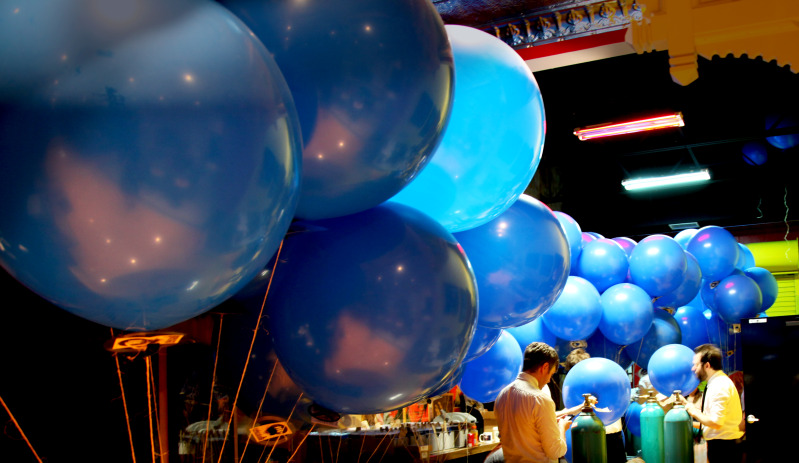 Jack White’s Blunderbuss LP was praised for its kookiness, but the former White Stripe saved his weirdest ideas for his art direction department. Privileging style over pragmatism, White’s Third Man Records put out the world’s first 3RPM record, a disc described as “easy to play but impossible to hear”. That’s not all: White (quite literally) released recent single ‘Freedom At 21’ as a flexidisc tied to a helium balloon. 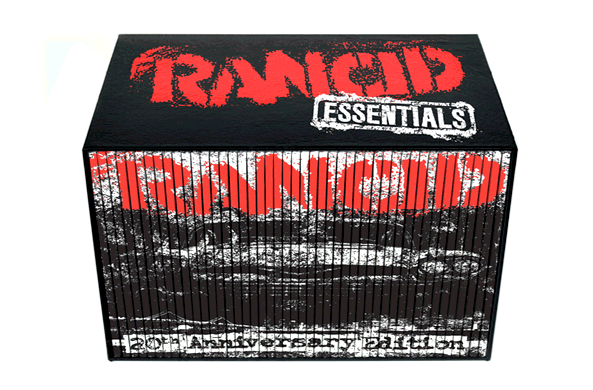 Fuck discernment, Rancid’s Essentials makes this list on sheer size, housing every album that the West Coast punks every released (plus an acoustic version of their last album, and the B Sides and C Sides compilation) across a whopping 46 7″ records. 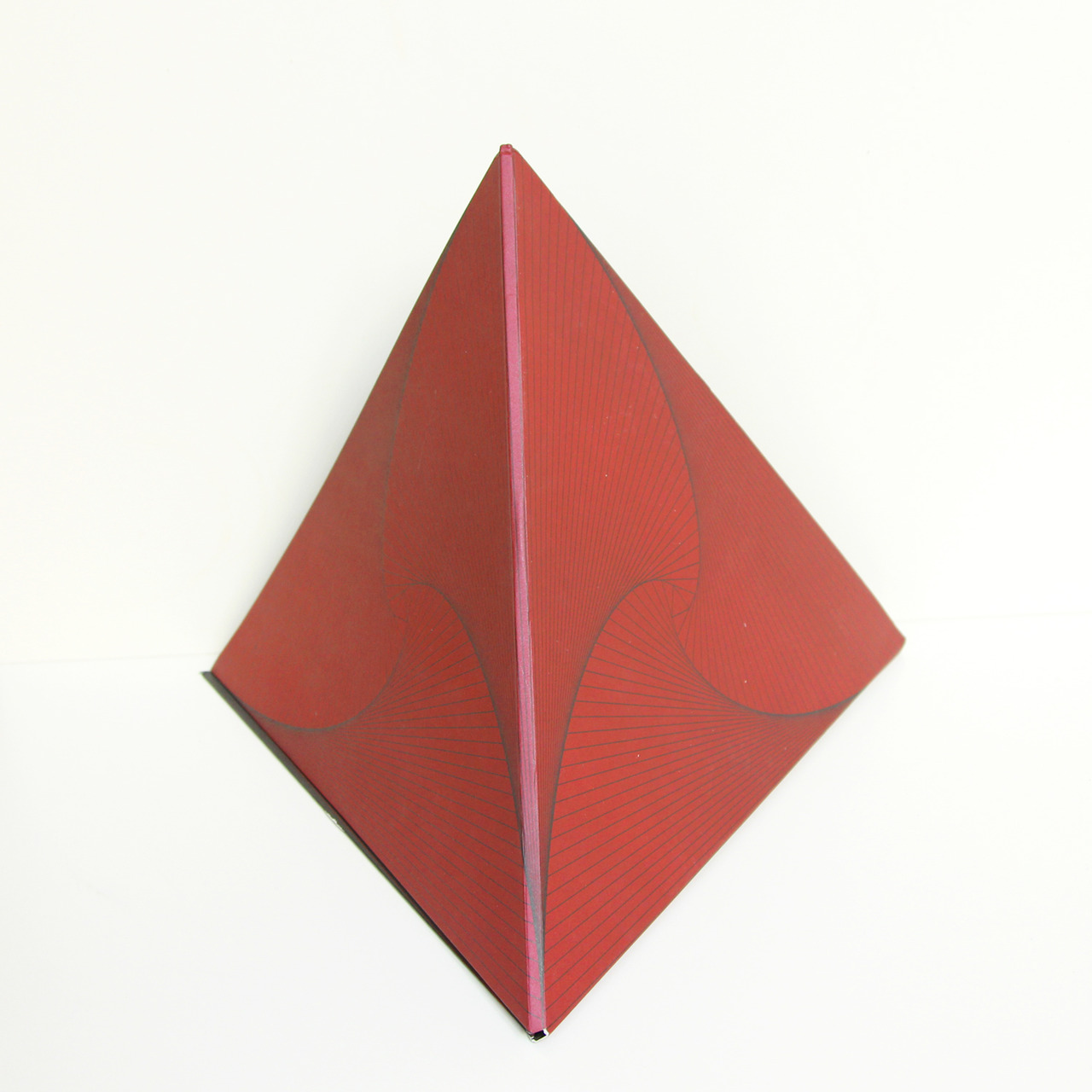 Forget your cube, Jaar: what with Alt-J’s Mercury success and Matmos’ ‘Very Large Green Triangles’, 2012 was the year of the pyramid. Take Egyptian jazz legend Salah Ragab, whose (seriously lovely) long-lost recordings were immortalised on 7″ in a hand-crafted pyramid-shaped box. Jazzman were nominally responsible – but we’re blaming aliens for this one. 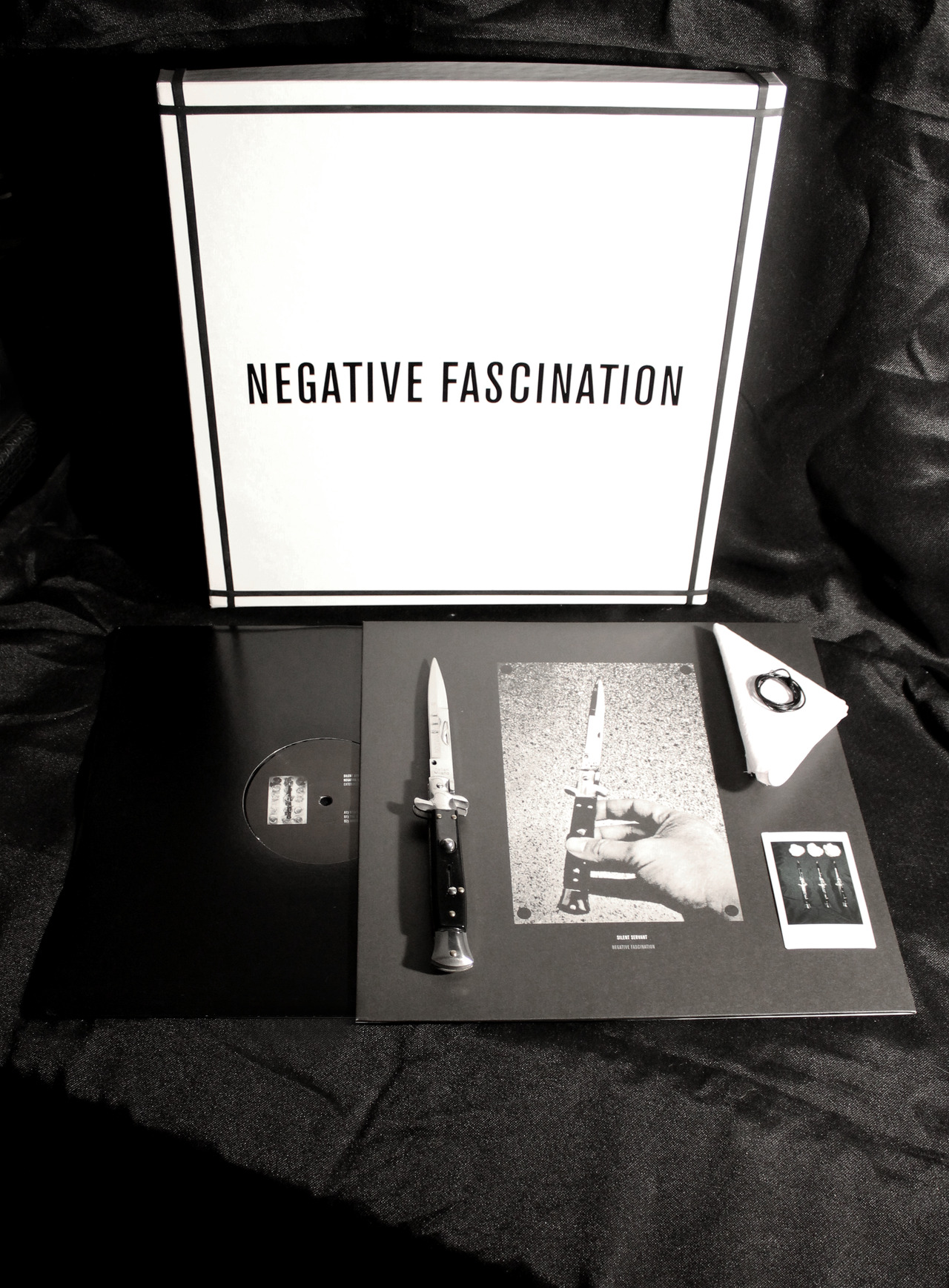 It’s one thing to have a photograph of a switchblade on the cover of your LP; it’s another thing entirely to produce a special edition of said LP with an actual switchblade included. Perhaps needless to say, this edition of 20 was available for hand-delivery only. 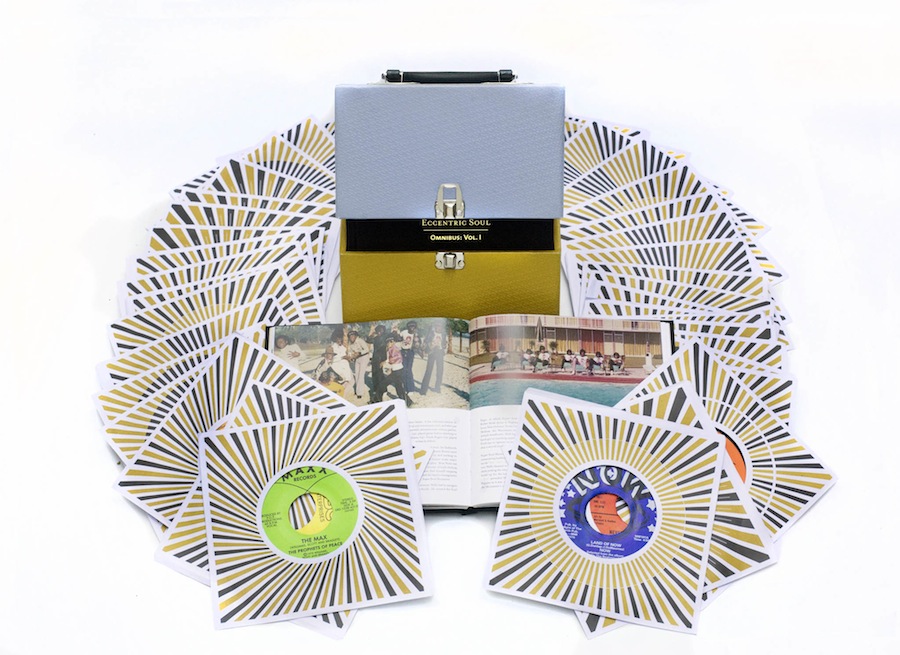 You can rely on Numero to pull out all the stops when it comes to packaging and presentation; their epic Eccentric Soul Omnibus Vol.1 features 45 7″s (yes, you read that right) of rare-as-f**k soul music, housed with a hardback book in a handsome metal carry-box. 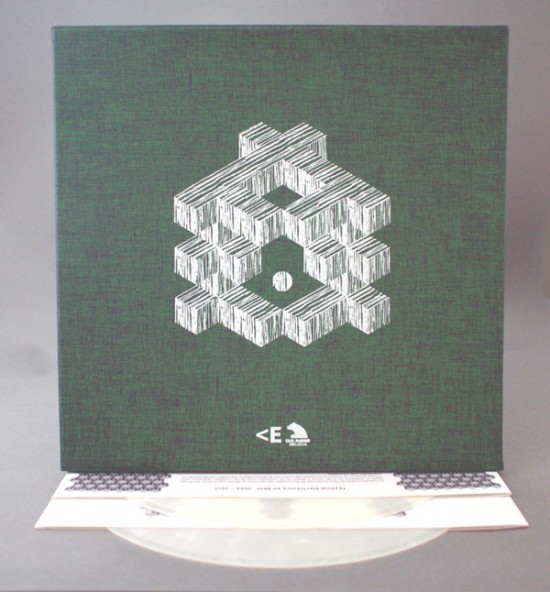 Glorious dichroic cloth-bound box celebrating a decade of the esteeemed Spanish festival, and featuring exclusive tracks from the likes of SND, Dopplereffekt, Eleh and Thomas Köner. 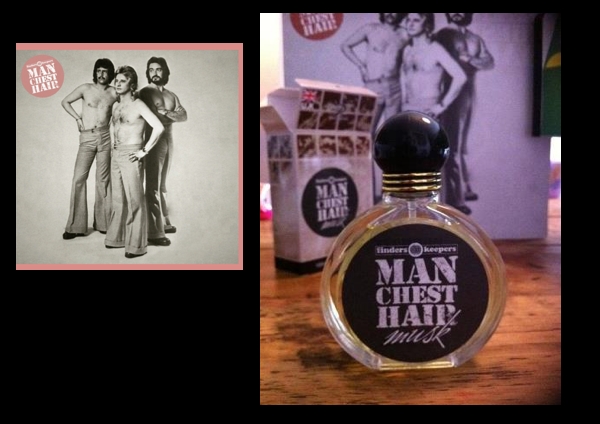 Man Chest Hair is a brilliantly titled collection of “unreleased testosterone” from 70s Greater Manchester – recorded by hirsute rockers who missed the punk and metal booms by a greasy whisker (they were too early, rather than too late). As well as regular CD and LP editions of the comp, Finders Keepers produced a limited box set including a bottle of Man Chest Hair musk. Genius. 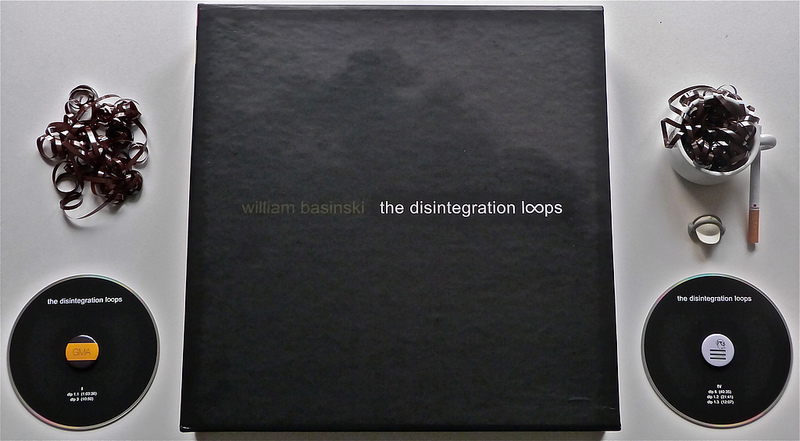 Nobody thought it would be practical, or even possible, to release The Disintegration Loops – William Basinski’s study in tape decay, recorded as the events of 9/11 unfolded and completed as an elegy to its victims. Nobody, that is, except Temporary Residence, who carried out a great service to the ages by assembling a comprehensive box set edition that not only featured 7 LPs of audio, but also 5 CDs, a DVD, and a book. 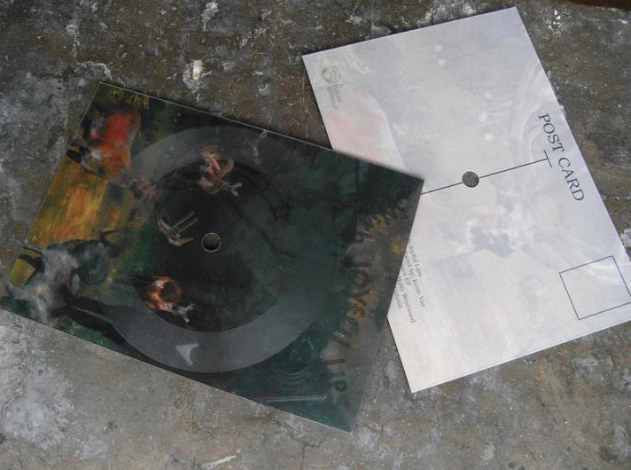 WITH JOYFUL LIPS
GANZFELD EFFECT
(3″ VINYL POSTCARD, A FUTURE WITHOUT)

7″s are for stiffs: on this release, A Future Without – one of three labels run by the restless Throwing Snow – downsized Tropics guitarist Keith Vaz’s Ganzfeld Effect to a 3″ postcard that plays just like it was a record. Don’t believe us? Watch this video for proof.