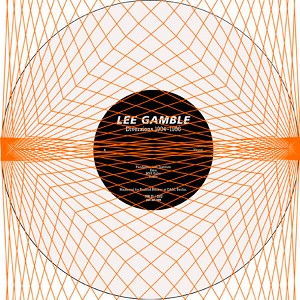 Lee Gamble’s announced release of two records on the same label within a month would be surprising were that imprint not the unstoppable PAN, whose 2012 schedule alone eclipses many labels’ entire back catalogues. By his own admission, Gamble’s Diversions 1996-1996 and Dutch Tvashar Plumes are less academically involved and more multi-dimensional than his previous releases. They are almost polar opposites, yet both evoke time and place in a way that transcends our held notions of genre and influence.

The first of the releases, EP Diversions 1994-1996, is a spectral composition derived entirely from old jungle mixtapes. Gamble squeezes out the analogue imperfections from his source material, amplifying and foregrounding them until the crackle in ‘M25 Echo’ is as integral to the composition as the breakbeats, buildups and drops were to the originals. He warps and mangles them into profound landscapes, occasionally stirring the fathomless murk to bring a snatch of sonic recollection up to the surface – a vocal here, a horn there.

Gamble pulls apart the mixtapes forensically, using the decay of their source medium as a natural conduit for a dual reflection on their enduring personal and cultural significance, and their status as relics of a genre long since declared dead. In an interview with FACT, Gamble outlines his aim to focus on “the little breakdowns, I wanted to open them up, go in with a microscope and expose something in those parts that may have been overlooked at the time.” So a lone chord hangs disembodied in ‘Digbeth’, reimagining jungle’s euphoric buildups and juddering drops as sinister space. With ‘Helicopter’’s echo chamber percussion and lone circulating synth line Gamble evokes the dereliction of jungle’s urban heartlands and its dystopian aspect, though ‘Dollis Hill’ is really the only track in which we hear a jungle breakbeat proper: even so, it’s near the end of the B-side, and hovers in memory’s ether. 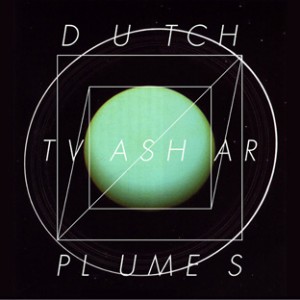 Gamble then goes and makes Dutch Tvashar Plumes, a dramatic rejection of Diversions‘ constraints. Instead of sourcing material from a collection of artefacts, he takes as his starting point the daunting expanse of the blank canvas, creating music ex nihilo, from a setup that he learned as he used it. And where the elegiac Diversions looks to Gamble’s origins as a junglist and meditates on the genre’s demise, here it is techno that provides a springboard for his suggestive, haunting compositions.

Gamble’s knack for rendering the substance of a genre and how it relates to both the individual body and the location – a club; an abandoned building – is brilliantly sensitive. Though techno’s kicks throb throughout Dutch Tvashar Plumes, Gamble will often summon up a groove or beat before letting it disperse unresolved, so that the curiously askew thwacks and fluttery bleeps in ‘Plos 97s’ feel like techno deconstructed, hinting at cohesion before disintegrating into an amorphous mass. A luminous melody, pretty and anchored by a mucky kick, dips in and out of ‘Tvash Kwawar’’s shrouds of hiss, and its fragility is as overwhelming as any propulsive club track. ‘Overund’, too, is a beautiful thing, dominated by a fluid melody with the timbre of liquid mercury radiating under a veil of dust, redolent of a post-rave state of mental suspension. It’s not all delicate veils of intricate sound design, though: the crunchy, beatless synth rovings of ‘Skorokhodz’ feel retro, even slightly incongruous. But Dutch Tvashar Plumes’s highlight is ‘Coma Skank’, a pool of subconscious hissing from which woodblocky, stuttering percussion and faded melody emerge and retreat; rather than providing a soundtrack to the ecstatic journey, it narratively describes it.

It’s comforting to know that whether a genre is effectively dead or ubiquitous to the point of oversaturation, Gamble is here to reconfigure it into something entirely new. His conceit takes in whole genres, time periods or sensations; at the same time he remains hugely sensitive to minutiae, with an uncanny ability to make a cultural statement personal and his own individual memories almost universally relatable. The delicate balance he strikes between celebration and mourning is poignant, though often rapturous. Even so, when the final elegiac kick of ‘Kuang Shaped Prowla’ fades out, there’s an overriding sense of mortal transience that’s hard to shake.