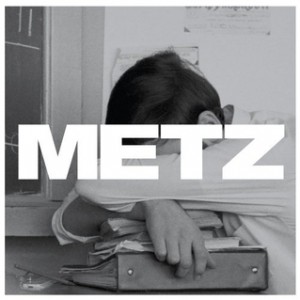 Sure, punk is dead, everyone knows that. Dead, that is, as a design for saving the world, or a model for heroism, or as a excuse for righteousness or as a belief system. But that was never really the point, was it? There are many interpretations of punk but only one idea that was unique to punk alone. And it’s precisely that idea – the real kernel of punk and its conceptual soul – that lives on. Because the concept in question is as old as art itself, and will outlive changes in fashion, or some cultural blip in the late 20th century, or even the existence of Green Day and / or Biffy Clyro. It’s the idea Baudelaire neatly described when once, perhaps in the dewey balm of a midmorning shit, he did hark with mad gaiety “O filthy grandeur! O sublime disgrace!”

There’s a reason it was Tod Browning’s circus horror that the Marfan-afflicted Joey Ramone took as inspiration for the family motto – ‘Gabba Gabba, Hey’ (“One of Us…One Of Us” chant the titular ‘freaks’). And there’s a reason why ’70s Iggy would force broken drum sticks into his legs on stage, or why The Velvet Underground chose Sacher-Masoch’s masochist epic as source material for that punk-inventing fever dream. There’s even a reason why Rancid, the daft dicks, are called Rancid. It’s the same reason why Poly Styrene craved squalor and broken-ness, when, feeling frictionless in her plastic teen archetype, she squealed “Thrash me / Crash me / Beat me ’till I fall!” It’s why Iggy wanted to be her dog, and Black Francis urged his matron to break the begging body he came in, coated in the bloody cactus dress she sent him. It’s why Lux Interior is the ‘Human Fly’, why Dan Devine writes about crucifixion, and why Matt Corvette is ‘ashamed of his cum’. And why rock’s quest for meaning distinguishes it from punk, and why many uppity contrarians like this writer have a big problem with categorising The Clash as a punk band.

Bullshit to “oh punk – isn’t it just inverted leftwing politics,” and “stickin’ it to the man.’ The real founding principle of punk was that good old art concept of self-abjection. This being the act of embracing what society finds most unpalatable about you, of complete and wretched submission to the pain of your own ugliness – be that a physical deformity, a psychosexual one or an emotional one – then exaggerating and flaunting it with the utmost degree of bitter irony and absurdist humour.

It’s a mentality that has a lot to do with nihilism, and also the ennui-obliterating exercise of what old Foucault called the ‘limit-experience’: the phenomenon of misery or suffering or self-destruction bringing you to the ‘edge of living’; where divine ecstasy and extreme horror are interchangeable and will both bring you to freedom. But if there’s one subtextual core to punk’s expression of self-abjection, it’s the idea of retardation. In a world of self-improvement and beauty and self control, retardation is rebellion. Von Trier’s The Idiots had it right. The Butthole Surfers had it very right. As did Iggy’s The Idiot. Metz do not.

There are worse approximations of true punk spirit and there are better. Metz are fine, generally speaking. A good band. But then you get tastemakers with their ‘debut of the decade’ chat and lofty comparisons, and you think ‘well, if the music crits are going to go ahead and overstate their credentials, then we’re going to go ahead and talk about what’s known as ‘the grand scheme of things”. And in the grand scheme of things, this Toronto trio are not very punk at all. For starters, despite their insistence otherwise, they’re not even a real punk band. They’re a rock band with screamed vocals. And dammit, Deborah, there’s a difference. But that’s just for starters.

Punk hasn’t really been the sound of ‘self-abjection’ since the glory days of American post-hardcore. Specifically, the caustic, denatured, brittle, carbon-coloured and brain-freezing side of post-hardcore – beginning in no wave with DNA, then on to Mission of Burma, then the all important Big Black, and then over into the ’90s and the remarkable Arabs on Radar. While we aren’t setting the criteria for being ‘alternative’ here, after all these years a certain mode of sickness remains a prerequisite to punk. Last year, Iceage came close to great white hope material, while in recent years the ‘sickness’ has manifested in other forms, like experimental industrial, noise, hardcore 8-bit doom and breakcore. But guitar punk hasn’t been the host body for a while now. Not even post-hardcore, which incidentally are what Metz categorize themselves as. Either way, below the surface of their post-hardcore box-ticking – the filling-pain feedback and off-tone notes – Metz are something quite orthodox.

In spirit they are cut from the same cloth as Refused, or those bloated bozo-rockers Fucked Up. Or even the current crop of power-punkers plaguing Britain: witless boring prospects like Pulled Apart By Horses and La Faro. They’re so symmetrical, so adjusted, so round, so confident and so normal. There’s too much enterprise, endeavour and ambition; an ambition to dominate – to rise above the listener and look down. It’s about coercion; sadism as opposed to masochism, and it doesn’t help Metz’ cause that the whole abstract-experimental thing that they’re going for (see Iceage’s ‘Eyes, or The Shitty Limits’ ‘Television’) doesn’t work when every note is FUCK YEAH big. There’s no monochromatic nothingness here, just a lot of striving and romantic rockism, blunt garage thrash (‘Get Off’), guitar solos and self-conscious electronic bits bolted to the start of songs.

Another of post-hardcore’s signature traits was mercurial, sometimes virtuoso songcraft (see Fugazi), no matter how puerile the sentiment (Arab On Radar said some awful things, but were rhythmic / musical talents). There’s a consensus that Metz are nifty songwriters, but in reality their songwriting is uninspired and inflexible. There’s a lot of skill to the best three-chord songwriting, particularly in terms of dynamics. But for the most part, Metz make the type of racket that really is just a racket: the dumb-dumb as opposed to the smart-dumb. ‘Wasted’, effectively two riff-cum-progressions strung together, begins with the cliched ‘solitary-guitar’ intro, before the pedal-charged mega-version of riff #1 kicks in, followed by a couple of anti-tune break downs and an extended drumroll that plays us into a fade out. It’s blandly successive. ‘Rats’, meanwhile, is plain repetitive, either churning on a two-chord riff or resorting to overextended stretches of one-note chugging.

Only when they tip the ‘dumb’ into an absurdism, in bouts of monotony or mindlessly devolved weirdness, do Metz sound anything like punk, or indeed art. Herein lies the retardation. ‘Nausea’ is like some avant-drone version of Tom Waits’ boneyard skronk, while ‘The Mule’ is just a pounding palm-mute lobotomised fuck of a song, the vocals mastered in such a way that the reverberated screams sound, as a guy once wrote, more machine than man. It’s the sound you make after your first well-earned gulp of beer, fed through a wire cutter.

I suppose Metz would be handy if you had to round up all the Muse and Foo Fighters fans in the world and show them what real hard rock sounds like. ‘Knife In The Water’ is what The Black Keys would sound like if they weren’t anodyne monkey shit, while ‘Wet Blanket’ makes like Rocket From A Crypt but with shock lunges of guitar and a massive drum sound. But in terms of punk? When it comes to Metz, punk is very much dead.