“I’ve always been a contrary f**ker”: Timothy J Fairplay talks otherworldliness and working with Andrew Weatherall as The Asphodells 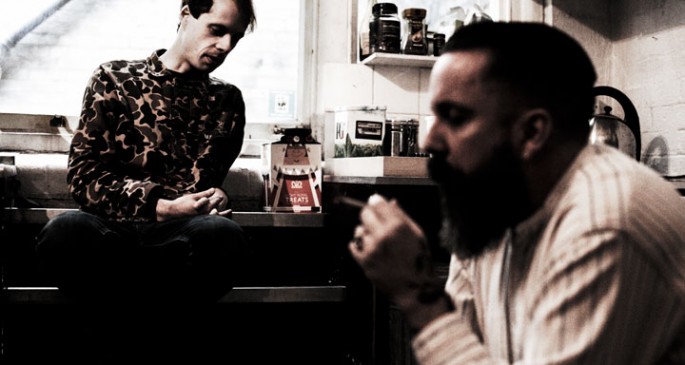 His dayjob for a while has been working as Andrew Weatherall’s engineer, and the two have now formed The Asphodells (pictured above; that’s Fairplay on the left). Their debut album Ruled by Passion Destroyed by Lust, a superb collection of krautrock-inspired jams, is to be released on February 4 via Weatherall’s own Rotters Golf Club imprint.

Tim’s also a great DJ, specialising in – as the man himself puts it – “Quaalude Boxx JJams, Deep Donk and Fulci Gloop”. Often weaving his own productions into vintage Chicago tracks and dubby obscurities, his sets have a real drama and psychedelic sense of adventure to them. Want proof? His latest mix, full of as-yet-unreleased gems – is available here as a free download, to accompany his gig at the Grosvenor in London on Friday 1 February.

FACT’s Simon Hampson coaxed him away from his music machines for a few minutes to get the low down on his influences and inspirations, future plans, and the importance of The Funk.

“It’s quite a production line, we tend to work pretty fast – even though to an outsider it may appear we are just sitting around eating biscuits…”

It’s always nice to hear people’s raving histories…how did you get into DJing and making music that gets played in discos?

“My first experiences of clubbing were at various clubs in Brighton and Portsmouth in the mid to late 90’s. Drum and Bass and nu-school breaks, which I fucking detested, were big down there; but there was a strong underground techno scene too. I was very much an indie kid, but was exposed to house, techno and electro when working in a record shop. I was in bands all through my teens and early twenties, but started making electronic music, at first using Reason, about 10 years ago.”

You were originally a guitarist, playing in projects including [no wave-ish group] Battant, so what made you move towards production?

“Well I always wrote or co-wrote the songs for every band I have been in so, I always saw the bigger picture than just playing the guitar part. I wanted control of everything: the production, the mix, etc. It is inevitable these days…but people always made their own demos, it’s just now you can actually produce something releasable at home or wherever. Though without meaning to sound like a grump, I do think there is a lot of released music out there which sounds like it still needs producing.”

“A studio jammed full of gear is a lot more vibey than one with just a computer, a controller and some monitors.”

You’re one of a group of producers who get called ‘the Scrutton St axis’, after the studio space you share… what goes on at Scrutton Street, and how does that feed into the music you make?

“It’s funny how that ‘Scrutton Street axis’ thing has stuck…well it’s actually Andrew [Weatherall], myself and Scott Fraser who have rooms in the studio, along with a chap called Andy Baxter who sells vintage bass guitars – though Sean Johnston [resident DJ at A Love From Outer Space] is a regular visitor and Dan Avery comes in to work with me. We just listen to a lot of music and make a lot of music really. It’s quite a production line, we tend to work pretty fast – even though to an outsider it may appear we are just sitting around eating biscuits…

“We run a lot of analogue gear, I have no massive analogue vs digital beef, but it’s just how I like to work, a studio jammed full of gear is a lot more vibey than one with just a computer, a controller and some monitors…I think all of us are mainly influenced by the history of electronic music, we want the proper tools for the job. Andrew’s record collection is down there too so it’s a cool space. I’ve had a room in Andrew’s basement studio since around 2006, originally with Battant.” 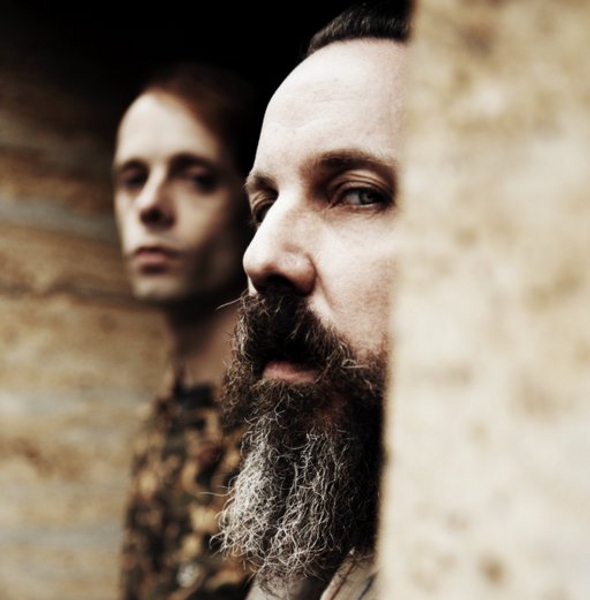 How did The Asphodells came about? And what is an Asphodell anyway?

“An Asphodell was a flower worn during Victorian times to show regret. The Asphodells came about in between engineering Andrew Weatherall’s remixes, a sound developed and it seemed foolish to not do some original material…” 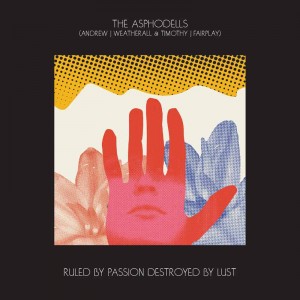 Is there a particular musical vision to The Asphodells? Is it different to how you approach your solo work?

“Well there wasn’t a meeting about it… but it’s kind of an expression of what you’ll probably hear us listening to if you come down the studio: early British industrial music, dub, krautrock, cold wave, weird disco and synthesiser music from around the world…Chicago and Detroit are lurking in the background.  I suppose the main difference to my solo work is the ’70s/’80s film soundtrack influence which is much more explicit when I work alone.”

“It’s an expression of what you’ll probably hear us listening to if you come down the studio: early British industrial music, dub, krautrock, cold wave, weird disco and synthesiser music from around the world…”

Your solo tracks and their titles in particular suggest a strong visual element, do you consciously visualise things you have seen or locations you have been visited?

“I suppose I like to create the soundtracks for situation and places, for me music is a very representational thing. That’s why my track titles are things like ‘Deserted Trawler’ or ‘Rooftop Meeting’, it directs the listener to a ‘scene’ the music could accompany. I am influenced by real places I visit, but I also watch a lot of Euro cinema of dubious quality. I love how iconic and unsubtle those films are, the terrible film stock, the jumpy sound cuts. The music is generally the part that stands up the best still.”

Related to that, colour and texture seems to be more important in both your sets and productions than ‘genre’…

“Yeah I guess, maybe part of it is my love of strange mixtures…club music has become too genre-driven, when you compare what was played in discos in the past, DJs would play much more across the board. I suppose minimal techno put an end to that years ago. I dunno, it’s not particularly rationalised, my taste in music is pretty wide and my attention span can be pretty short. From the point of view of production I suppose mood is very important too me, there is usually a mood, or tension I want the track to express. Otherworldliness is very important too me in music, something as far away from reality as possible.”

Do the different processes of producing and DJing feed into one another for you?

“I suppose DJing effects the music you make, though thats something I’d probably like to avoid, I worry more about conveying something, moving people in the wider sense. Though you must not forget The Funk.”

Do you feel part of any sort of wider music scene in London? Is that kind of thing important to you?

“Kinda, obviously with the producers directly around me, but also Andy [Blake] and Joe [Hart] at World Unknown and the Bodyhammer nights. Though in some respects I am not super-bothered about that kinda thing. I’ve always been a contrary fucker, most likely to aspire to a scene far away or in the past so I can romanticise it.”

“I’ve always been a contrary fucker, most likely to aspire to a scene far away or in the past so I can romanticise it.”

“It’s not new, but I have a bit of an obsession with Klaus Schulze’s Innovative Communication label (mainly before 1983/’84 when he stopped having anything to do with it). Albums by Clara Mondshine and Din A Testbild and Klaus Kruger’s solo work have really blown me away, and opened a whole arm of krautrock I was before unaware of.”

“That track ‘All Worlds All Times’ by Barnt was probably my favourite techno record from last year, amazing mix of kinda speed garage and La Dusseldorf. Tracks From The Trailer by Unit Black Flight, Willie Burns, Black Merlin, L.I.E.S.”

Finally, what’s next and what are you most excited about?

“Quite a few releases coming up, the first few being ‘In Collusion’ on Horn Wax, ‘Off the Rails’ on the V/A Rothmans label, and my EP with Matilda [of Bodyhammer] on Astro Lab which has ‘Xylophone’ and ‘Somewhere in the City’ on it. There is going to be a remix version of The Asphodells album, particularly excited about the prospect of a Wooden Shjips remix!”