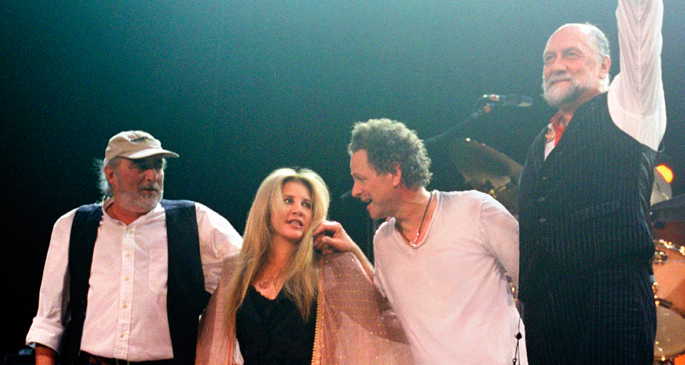 Legendary pop rockers Fleetwood Mac have confirmed today that their 2013 world reunion tour will stop in the UK in September and October.

The veteran band also revealed that there is a new album in the pipeline and that new songs would be emerging very soon. We don’t know about you lot, but any flicker of life from Fleetwood Mac is good news here – lets hope there’s a new Rumours stashed away in a cupboard somewhere. [via NME]

Update: The band have added a second London date, also at the O2 Arena, on September 24.

Check out the other dates here.