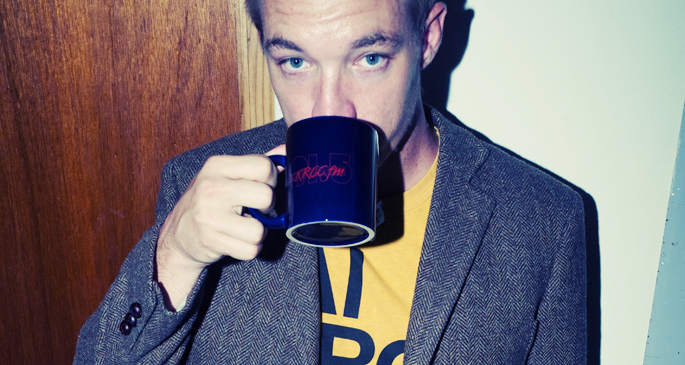 The Major Lazer after party is shaping up to be huge.

Love him or hate him, you’ve got to admit that EDM poster boy Diplo has produced some pretty indisputable killers. Just having Usher’s ‘Climax‘ alone on your resume would be enough to have us on-side, but that doesn’t even begin to explore the breadth of the producer’s enviable canon of quirky hits. Since he’ll be in London performing with Major Lazer on Saturday May 4, Diplo is going to be stopping off for an after party at London’s Brew House. While this will no doubt be the main draw, there’s support due from Hucci & Cream Collective, Blackfoot Phoenix, Aymen, Dollop DJs and plenty more. 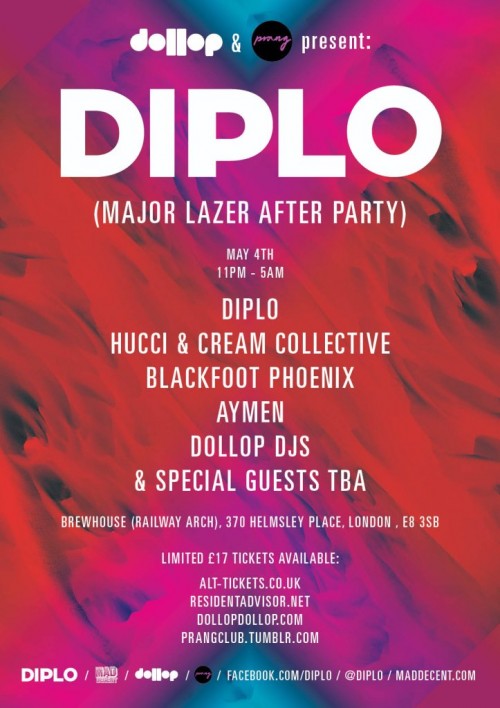