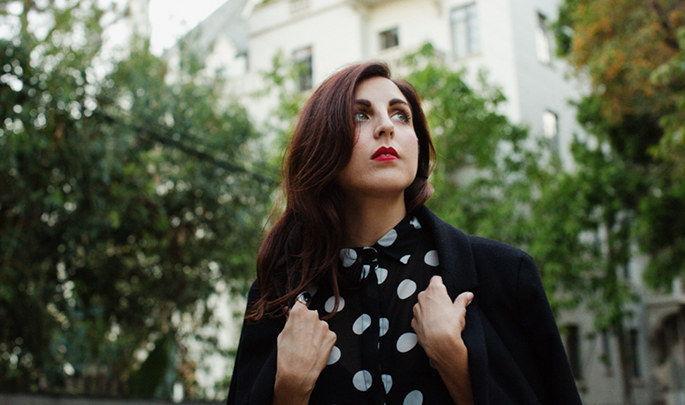 The good-humoured misanthropes at Blackest Ever Black will host a showcase at London’s Corsica Studios this October.

It’s become somewhat tradition for the label: two years ago they took over East London’s Basing House with a showcase capped by a British Murder Boys reunion, while last year they graduated to Corsica Studios with a line-up that featured drum’n’bass legends Source Direct, Regis, the UK debut of Vatican Shadow and more.

This year, as with last year, they’re not letting the whole line-up out of the bag at once, but the party – for want of a grimmer word – will take place at Corsica on October 12, with label acts Tropic of Cancer [whose Carmella Lobo is pictured above], Dva Damas and Dalhous, who recently released their debut album An Ambassador for Laing, already announced.

The showcase, held in association with BleeD, will run from 10pm til 6am. For tickets, head here.