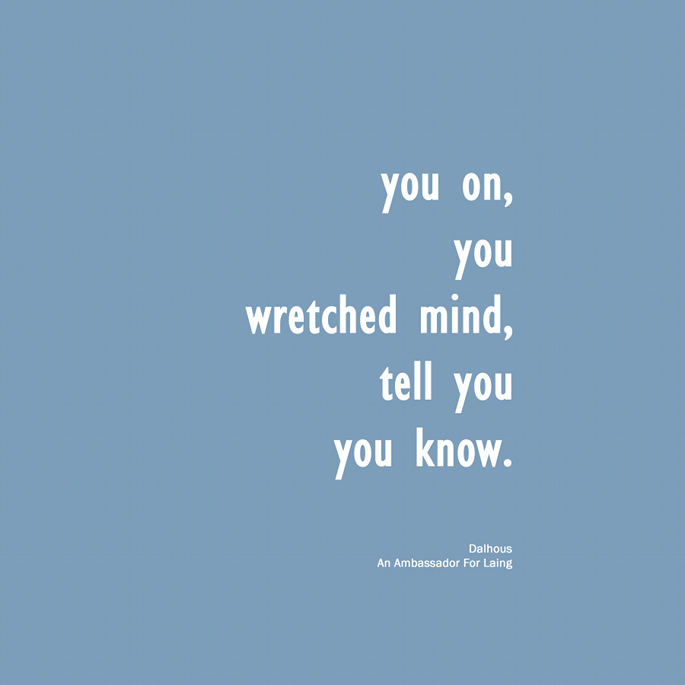 Edinburgh duo Dalhous will return with another collection of stately, carefully wrought exotica.

Marc Dall and Alex Ander’s production process isn’t unlike whiskey distillation: working from live instrumentation, the pair tweak, re-sample and mature their sound sources until they take on a different character entirely. The darkly romantic Mitchell Heisman 10″ for Blackest Ever Black* set the tone, combining swirling woodwind, thunderous drum programming, some Spy Game intrigue, and, as the title suggests, a dash of mordant humour to boot.

The pair will return to Blackest Ever Black for their debut album, An Ambassador For Laing. The eleven-track collection promises an excursion into “dreamlike but treacherous terrain” Album track ‘The Physical Body’ – equal parts DJ Food and The Haxan Cloak – is available to sample below, as is a video trailer for the album.

An Ambassador For Laing will arrive in April. The pair will also head to Cafe OTO on March 21, where they’ll open for William Bennett’s Afrocentric Cut Hands project.

Tracklisting:
1. He Was Human And Belonged With Humans
2. The Physical Body
3. Anger Sees Red
4. Bolder And Lighter Than The Beat From A Wing*
5. Who’s Here, You’re Here, I’m Here…
6. Dalhous
7. The Cruel Practice Of Art
8. Dwelling By The Meadow*
9. Eros, Love And Lies
10. A White, White Day
11. Dreamers Of Decadence
*CD and download only.