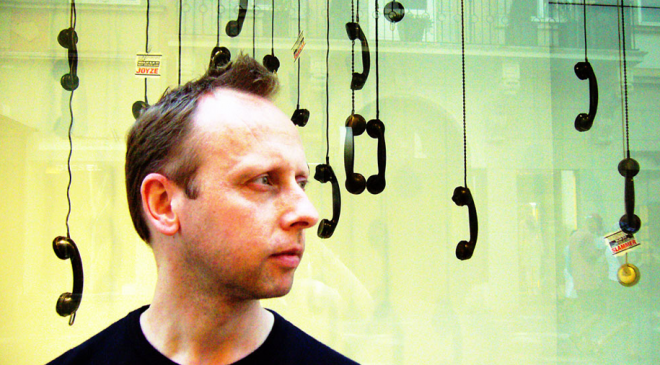 Robin ‘Scanner’ Rimbaud is in the Associate Artist’s seat at the Spitalfields Music Summer Festival.

In his role as performer and curator, he’s elected to play tribute to Lachrimae, originally composed by lute player John Dowland in the 1590s. Scanner’s “personal response” to the piece will arrive in the form an audiovisual performance, backed by a specially commissioned film from Chris Turner.

Later in the month, Gazelle Twin will perform a new piece/installation, premiering a linked series of “intimate events exploring the anatomical, chemical and physical properties of crying, staged in historic venues in and around Brick Lane.” Joining her for the purpose will be Elysian Quartet and the Juice Vocal Trio, based at four mystery venues around the area.

The Scanner/The Haxan Cloak/Chris Cairns event will run on June 8 at 8.00pm at the Bishopsgate Institute. Gazelle Twin’s project, meanwhile, will run at 6.30pm on June 21, and 3.30pm and 6.30pm on June 22, with the meeting place only confirmed upon booking. Head here for tickets/further info.