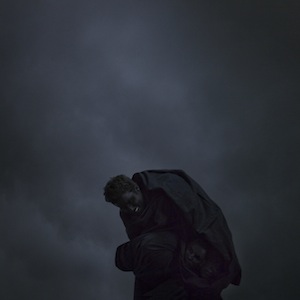 In 2010, Will Wiesenfeld marked the end of one project and began another, releasing The Fabric under his Post-Foetus moniker and then inaugurating Baths with the Cerulean LP. While The Fabric is a gentle, electronic-tinged indie pop record, Cerulean bristles with off-kilter hip-hop beats and glistening sonics.

On Obsidian, Wiesenfeld has forged a third way that is somewhere between his previous efforts. “A lot of the [Post-Foetus] ideas were conceptualized before I ever started recording, whereas Baths was about letting go, and recording music within the moment that I felt inspired,” he said in a 2010 interview. “However, for future Baths material, I hope to have a healthy blend of the two things. Heavily thought out ideas mixed in with more spontaneous ones.”

The “heavily thought out ideas” of Obsidian seem to revolve around the lyrical themes and tone of the record, which finds Wiesenfeld exploring the macabre with aplomb, crafting a “skewed version of pop music” that owes debts to the woozy, experimental pop of his personal favorite Azeda Booth and The Postal Service’s millennial coming-of-age soundtrack Give Up.

As promised, Obsidian is “almost antithetical to Cerulean,” forgoing the brash, magnesium-burning brightness of that album for a greater focus on melody and pop songcraft. A major part of the shift is in the vocals, which return to the upfront position they held in his Post-Foetus material. In the FACT review of Cerulean, Andrew Ryce suggested that Baths either “ditch the vocals or simply hone them,” and thankfully, Wiesenfeld opted for the latter. He sounds more self-assured and focused than ever before, weaving lyrics about death, mythology, and the mundanities of modern life into a crystal-clear narrative.

Musically, Obsidian is at its best at its most propulsive, pairing deceptively catchy dance grooves with darkly-hued themes. Album opener ‘Worsening’ fuses fidgety percussion with a bittersweet piano and string duet and sets the album’s lyrical tone: “I might walk upright / But then again / I might still try to die… Where is God when you hate him most.” Standout ‘Miasma Sky’ emerges from the rainfall with a Casio-tone melody and video-game arpeggios, and its indielectronica engine juxtaposes the ear-worming melody, his gentle falsetto, and yearning, self-destructive lyrics.

Along with the aforementioned influencers, the album nods to trailblazers of pop-rock-electronic fusion. ‘Ossuary’ is motored by a rhythm section reminiscent of Radiohead, circa In Rainbows, and as the title suggests, it’s a meditation on interment and the inevitability of death and decay. With its pneumatic beat and lyrics that bound from nihilistic (“I have no eyes / I have no love / I have no hope”) to sexual (“and it is not a matter of if you mean it / but it is only a matter of / come and fuck me”), ‘No Eyes’ is almost a synth-pop take on Nine Inch Nails’ ‘Closer’.

As Obsidian comes to a close, the darkness begins to dominate. ‘No Past Lives’ alternates between a bright, buoyant piano phrase and some grave-scraping sludge; Wiesenfeld’s ubiquitous falsetto starts to turn into a cry of agony. Opening with what could be the growls of cerberus, ‘Earth Death’ is Baths at his most industrial-rock, but rather than turning “come kill me / I see(m) so alone” into a hook, he buries it beneath claustrophobic layers of instrumentation. The album then closes with ‘Inter’, a choral tone poem that acts as a gentle palette cleanser after Obsidian‘s darkest moments.

Obsidian has few missteps; ‘Ironworks’ sways and swells but lacks the energy of the album’s best tracks, and the wincingly honest lyrics of ‘Incompatible’ (“we share a toilet seat,” “nurse this erection back to health”) may be too specific for some. But while it clocks in at nearly exactly the same runtime as Cerulean, Obsidian feels much more cohesive. By blending the conceptual drive of Post-Foetus and the organic songwriting of Baths, Wiesenfeld has delivered on the promise of Cerulean and found his place among contemporaneous pop experimenters like Grimes and Autre Ne Veut.