Kanye West’s Yeezus: what we know so far about 2013’s biggest hip-hop record 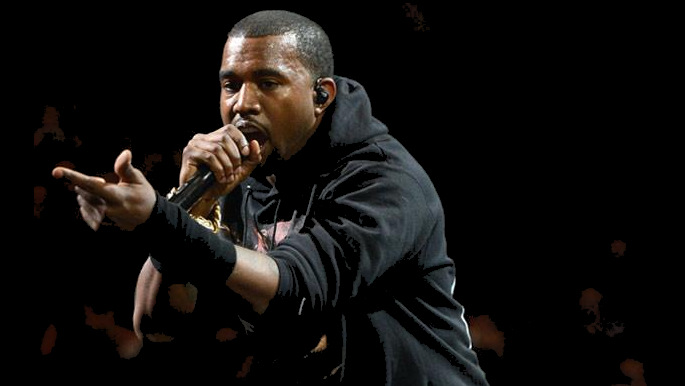 It’s the year’s biggest hip-hop record, but if you feel like the pre-release hype for Kanye West‘s Yeezus has left you confused, then don’t worry – you’re not the only one.

In West’s own words from last night’s New York listening party, he “had to learn about giving no fucks at all” to make Yeezus, and “he has a new strategy, it’s called ‘no strategy.'”

Which isn’t to say that Yeezus hasn’t had a press campaign behind it: there’s been appearances on Saturday Night Live, projections of videos on surfaces worldwide and a torrent of speculation regarding the album’s content, production, personnel and more. Here’s what we know so far about Yeezus, before its release on June 18 through Def Jam.

West’s tracklists have got smaller over time, and at 10 tracks long, Yeezus is West’s most concise-looking album to date (My Beautiful Dark Twisted Fantasy and 808s and Heartbreak both clocked in at 13 tracks, Watch the Throne at 12). What we don’t know, however, is how long Yeezus‘s tracks are – released 2 years and 7 months ago, My Beautiful Dark Twisted Fantasy only featured 2 tracks shorter than 4 minutes (‘All of the Lights Interlude’ and ‘Who Will Survive in America?’), so there’s no guarantees that Yeezus listeners won’t be in for a long ride.

A track from Yeezus, ‘New Slaves’ was broadcast in 66 locations worldwide last month, and if the fact that the album is being released without cover art or pre-orders sounds familiar, that’s because 7 years ago Mos Def did something similar with True Magic. It’s Kanye West’s 6th solo album, and was mostly recorded in Paris, a city with a population of approx. 2,230,000.

Yeezus features a combination of familiar friends of Kanye’s and new names. Hudson Mohawke, one half of TNGHT, is part of West’s G.O.O.D. Music roster, contributed to Cruel Summer‘s hit ‘Mercy’, and has been premiering various new Kanye cuts at recent live shows – including this track, which features Kanye going H.A.M. on the Autotune over a blend of Billie Holiday’s ‘Strange Fruit’ and TNGHT’s ‘R U Ready?’. Pitchfork and NME both claim that the Yeezus listening party featured a track that used TNGHT’s ‘Higher Ground’ and ‘Strange Fruit’, so we’re guessing that either the TNGHT part of the track was eventually changed (a possibility, as Kanye’s reported to have been tweaking the album as late as last week), or that it’s an ID mistake on the track’s second half. ‘Strange Fruit’, it’s worth noting, is one of music’s most famous anti-racism songs.

Bon Iver’s Justin Vernon memorably featured twice on My Beautiful Dark Twisted Fantasy, and he appears again on Yeezus, with a track titled ‘Hold My Liquor’ that also features Chief Keef (NME today have speculated that Vernon may appear on a second track, too). Rick Rubin is confirmed as executive producer, while it was confirmed last night that Daft Punk worked on “three or four” songs. We found out earlier this month that the duo were listed as co-composers of ‘Black Skinhead’, while Music Week claim that ‘On Site’ and ‘I Am a God’ both feature Da Punk. Speaking to Rolling Stone earlier this year, director Michel Gondry teased a Chris Cunningham video for one of the Punk / Kanye collaborations.

Elsewhere, Music Week claim that King Louie and Kid Cudi appear on the record, and we know that dubstep producer Skrillex has been in the studio with Kanye. Regular Kanye collaborator Mike Dean has been involved in the record, and told Huffington Post this week that “It’s sort of a checks and balances for both of us…We have a dozen people working with us in the studio, we all do quality control. It’s the most intense production project you’ll ever see… It’s so many A-List people who would never work together unless Kanye put them together.” Chicago stalwart No I.D. has also been involved in the project, while Frank Ocean sings on ‘New Slaves’ and Travis Scott is present. Producer Young Chop is heavily rumoured to contribute, and don’t rule out Mike Will: the Future and Juicy J hitmaker quietly contributed to Cruel Summer, and it certainly wouldn’t be a surprise to see him lend his trademark low-end to Yeezus.

Marilyn Manson’s ‘The Beautiful People’, C-Murder and Billie Holiday are all sampled on Yeezus, as, reportedly, is an “old vocal track from a Chicago church youth choir” on ‘On Site. “Def Jam lawyers were having difficulty tracking down the choir director and members of the Holy Name of Mary Church choir; producers re-recorded the vocals with a different choir just in case the rights couldn’t be secured in time.”

Update: a new video taken at the New York listening party appears to confirm that Arca, an up-and-coming producer who’s previously worked with Twigs and released on the UNO NYC label (and has previously been rumoured to have worked on Yeezus), is also on the album.

Audio is available online for five songs confirmed for Yeezus: ‘New Slaves’, ‘Black Skinhead’, ‘I Am A God’ (all embedded in this article), ‘On Site’ and ‘Send It Up’. As previously mentioned, there’s that live clip of Hudson Mohawke playing the Billie Holiday / TNGHT track, speculated to be called ‘Coulda Been Somebody’ (Mohawke has simply referred to as “new Ye” on Twitter), though we don’t know if that’s the version that has made the album. There’s also a track called ‘Bound’ streaming on Kanye’s website.

Yeezus has been widely reported as Kanye’s darkest album to date, and this is what we know so far about its running order. Update 2: Here is the tracklisting as of 14 June, via Hip Hop N More.

The back cover of the record looks like this, and notes that the ‘Strange Fruit’ sample on ‘Blood On The Leaves’ is in fact Nina Simone’s version, not Billie Holiday’s, as previously speculated. 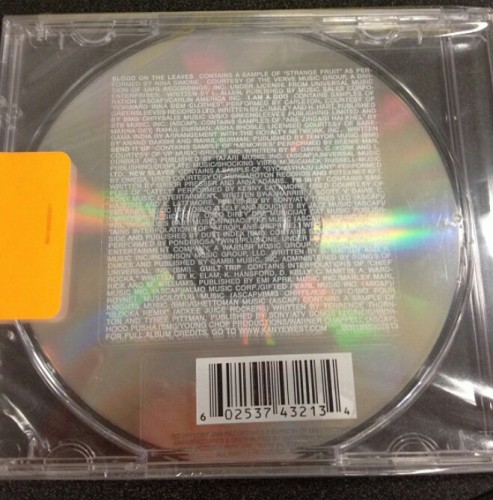 “Simply put, ‘West’ was my slave name and Yeezus is my god name.”

Update 2: More rumors about the American Psycho-inspired video that Kanye allegedly filmed over the weekend have surfaced. Page Six reports that a treatment for the video called for James Franco (and not reality TV star Scott Disick) to star in a scene that recreates the film’s famous “Huey Lewis” monologue, reworked with references to Kanye and Yeezus. In addition, sources say that a sponsor has underwritten a $100,000 budget for the viral clip.

Update 3: In an e-mail interview with The Wall Street Journal, executive producer Rick Rubin explained his role on Yeezus (key excerpts below), Kanye’s place in culture, and the promotional approach to the album.

When and why did you join the Yeezus project?

Kanye came over to play me what I assumed was going to be the finished album at three weeks before the last possible delivery date. We ended up listening to three hours of partially finished pieces. The raw material was very strong but hadn’t yet come into focus. Many of the vocals hadn’t been recorded yet, and many of those still didn’t have lyrics. From what he played me, it sounded like several months more work had to be done. I joined the project because after discussing what he had played for me, he asked if I would be open to taking all of the raw material on and help him finish it.

How would you describe the new sound he was driving for, and how you did you help him arrive there?

He wanted the music to take a stripped-down minimal direction. He was always examining what we could take out instead of put in. A good example would be the song that became ‘Bound.’ When he first played it for me, it was a more middle of the road R&B song, done in an adult contemporary style. Kanye had the idea of combining that track with a cool sample he had found and liked – I removed all of the R&B elements leaving only a single note baseline in the hook which we processed to have a punk edge in the Suicide tradition.