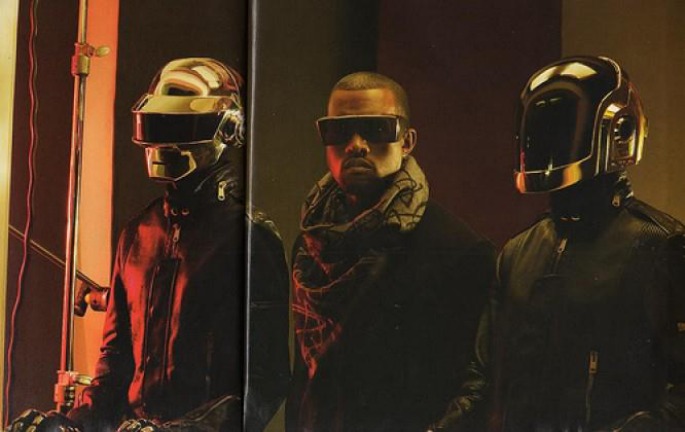 The masters of PR joined forces, but couldn’t keep this one secret.

Eagle-eyed Kanye West fans watching his Saturday Night Live performance of ‘Black Skinhead’, a track off the forthcoming Yeezus album, spotted that the credits name one Thomas Bangalter and one Guy-Manuel de Homem-Christo as “composers” of the track.

The helmeted ones had already hinted at their collaboration with Kanye in a Rolling Stone interview earlier this year, where they said Kanye “was rapping – kind of screaming primally.” That seems to fit the bill for the madman-let-loose, Marilyn Manson-sampling vibe of ‘Black Skinhead’.

It’s the second nugget of Kanye trivia to emerge today, after Q-Tip played ‘Mama’s Boyfriend’ during an RBMA lecture. The track was our first taste of the album that became My Beautiful Dark Twisted Fantasy, but it disappeared from the final tracklisting and has lain undiscovered until now.

And in another inadvertent reveal, today we found out what Daft Punk look like without their helmets. You might be disappointed. [via CoS]