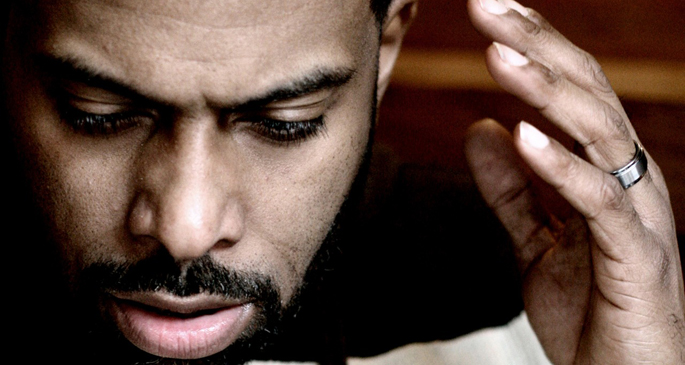 Detroit’s titans form like Voltron for this exclusive performance.

Detroit may be going through its fair share of problems amidst its recently-announced bankruptcy, but the beleaguered city can still stake a claim on some of the most influential music of the last few decades. 3 Chairs is a veritable Detroit love-in, a collaboration between Moodymann, Theo Parrish, Marcellus Pittman and Rick Wilhite, and the four-piece are set to play London for the very first time this Autumn.

While the venue is as-yet unannounced, the show is due to take place as part of the Hydra series on September 27, and the rest of the line-up looks equally crucial. Nonplus records will be making an appearance, supported by label boss Boddika and relative newcomer Endian and D-Bridge, who is performing under the Velvit moniker. The Eglo imprint are also planning to be in attendance, and are set to show off the considerable skills of Funkineven (who incidentally just announced a new EP), Dego and Alexander Nut.

For more information and tickets, check the flyer below and head here. 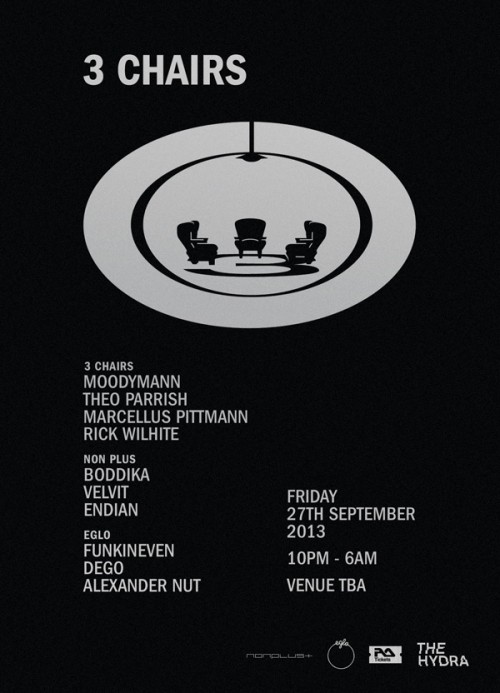