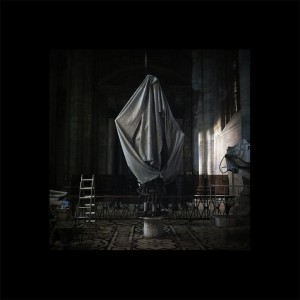 Tim Hecker is one of few contemporary musicians who demand to be listened to entirely on their own terms. Words like ambient and shoegaze are easy descriptors, but there’s nothing generic about a Hecker album, so while Harmony In Ultraviolet’s bleeding electronics and the poignant beauty of Mirages and An Imaginary Country may sound utterly different, they extend from the same creative wellspring.

For Ravedeath, 1972, Hecker took his trademark vast sonic spaces to their logical conclusion, subjecting a day’s worth of organ recordings made in a church to digital manipulation until they sounded like music disintegrating from within. Physical space is similarly crucial to his new LP Virgins, though here Hecker turns to cloistered rooms rather than churches. He zooms in on the very act of making music, so chair scrapes and intakes of breath pepper tracks like ‘Live Room’ and ‘Live Room Out’, locating the songs firmly in the time and place of their creation. The piano track ‘Black Refraction’ in particular recalls composer Nils Frahm’s recent album Felt, which was recorded on mics placed in the body of the piano, so that the sounds of the instrument and the musician’s movements were afforded equal importance.

But where ‘Black Refraction’ trades in the kind of affecting beauty that made earlier albums so compelling, the majority of Virgins’ tracks are closer to Harmony In Ultraviolet, threaded through with aggression. Hecker’s recent works haven’t been short on latent violence, but there’s a new urgency to the threatening plumes of distortion that cut into the organ chords of opening track ‘Prism’, and the cathartically-slammed keys on ‘Virginal I’, locked in battle with a bass rumble and a primal scream of distortion. A cacophony of brittle electronics on ‘Stab Variation’ ends Virgins on an ominous note, but offers little resolution.

Hecker’s weakness has always been a tendency to loftiness – take the cinematic scope of Ravedeath, 1972, or the shimmering vistas of Mirages. But though he remains wedded to the narrative arc, Virgins is different. The compositions are discrete, yet tracks seep into one another, so the closing piano phrase of ‘Prism’ becomes the melodic core of ‘Virginal I’, and the off-grid drum hits of ‘Stigmata I’ re-emerge as the unstable rhythmic framework of ‘Stigmata II’.  Passages of keys or woodwinds appear and retreat into a digital haze unpredictably, and swells of instrumentation processed into highly textured drones ebb and flow according to the songs’ own curious logic. This volatility is Virgins’ most intriguing feature; where on previous albums you would expect Hecker’s songs to soar, now they teem with internal energy. The result, unexpectedly, is his most ambitious record yet.