And this one time… the best Bandcamp releases of the month: November 2013 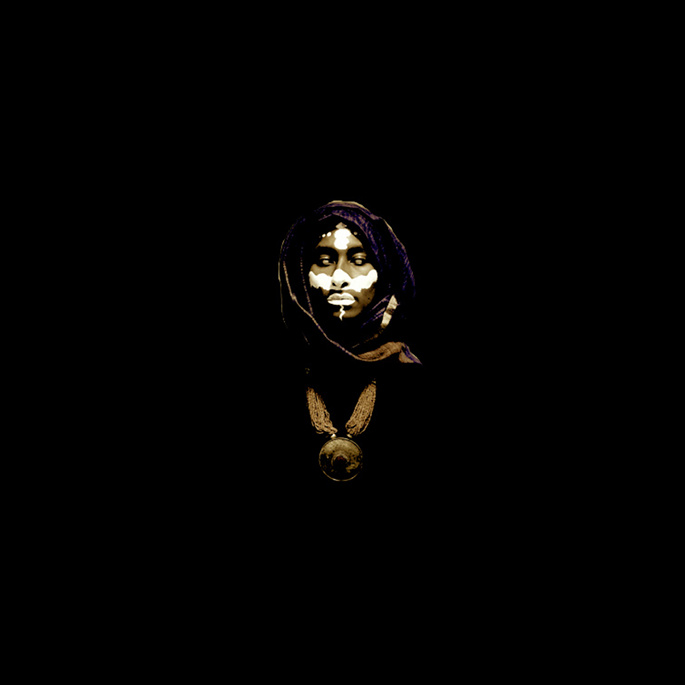 At the tail end of last month, Bandcamp released its smartphone app for Android and iPhone. Not a big surprise really, considering the website’s growth in recent years. Equally unsurprising are the limitations on the iPhone app that, owing to Apple’s lockdown on purchasing music that isn’t tied to their store, leave you unable to actually purchase anything. Still, you can stream your entire collection on the go, listen to the shows, and, if you’re on an Android phone,  buy music directly to your phone.

I’ve been chewing the whole thing over for a few weeks while trying to find inspiration for this month’s introduction. I was originally going to moan about Apple’s stupidity with regards to the purchasing limitations on its OS, but that seems like a fairly pointless effort. Instead, I got thinking about what the future of mobile music could look like.

With the proliferation of cloud streaming services, more and more people are able to carry their entire digital collection in their pockets. The infrastructure to deliver this to us is getting better too. But, for me, mobile music isn’t just about having access to everything I own. Sure, I love it when an album or track randomly comes on and fits the mood of my trip, be it a walk down the road, a bus journey or a flight. What I’ve always enjoyed, though, is the careful crafting of a selection for a specific journey, or the knowledge that I always have albums at hand that are travel-friendly.

So what would an album of music made especially for a mobile experience sound like? I’ve had a look and can’t seem to find one yet. We’ve got Instagram and Vine albums, but it seems no one has yet made an album of music specifically for a mobile experience as we understand it today. Imagine an album that evolved and fit the speed of your journey, adjusting itself accordingly. Or one that was designed specifically for flying, and used frequencies better suited to combat the ambient noise in the cabin. And, perhaps more pertinently, systems that would allow artists to be remunerated everytime their music was used in a specific context – an album made exclusively for travelling that paid the artist directly every time you streamed it on the go. You get the idea. There’s a lot of potential there.

Mobile music may not yet be all that it’s hyped to be, but the foundations are pretty much there for an interesting future. As for this month’s column, we run down some East-facing grime, heartbreak pop, dub from Austria, dusty soul from Australia and modern rap from Leeds. Enjoy.

FACT have never been shy about our appreciation for Slackk’s output, especially in light of instrumental grime’s recent renaissance. His personal Bandcamp page seems to be used for more personal projects, the sort of works that may not necessarily entice a label but still deserve to be heard and not just be given out for free. Minor Triads explores Japanese influences across 11 cuts: think sino-grime and everything that was good about the movement that never quite was (see Dan Hancox’s pieces on the subject, or the Kode9 mini-mix from years ago). I would love to hear Wiley on ‘Inland’.

Available as a CD or digital.

Songs For William remains an oddity amid the Deep Medi Musik back catalogue: a traditional dub/reggae album that was a million miles from the label’s dancefloor-minded output (not that you couldn’t dance to the songs on there, mind) and closer to its spiritual roots in the musical traditions of Jamaica. Earlier this year, I saw Mala being interviewed, and when questioned about the release, he explained that he’d simply fallen in love with it and decided to do it – a moment the French call a ‘coup de coeur’. The work of Austrian producer Ulrich Troyer, Songs For William was conceived as a love letter to his effects pedals. There was a brilliant visual component to the project, in the shape of an accompanying comic book describing the life of Troyer’s beloved effects pedal William.

Troyer is now returning with part two of what appears to be a trilogy, this time released on his own 4Bit Productions label. Songs For William 2 follows the same approach as its predecessor: analogue-rooted dub and reggae instrumental pieces, with a few electronic tinges this time round. As before, he lets the various pedals and other boxes shine. It’s also accompanied by a new comic book detailing the further adventures of William, his friends and his lover Charlotte. A beautiful package of music and visual art crafted with care and attention.

Available as a CD, vinyl and digital including the comic book in physical or digital format.

Feeling melancholic? Broken heart? Press play on this debut album by Mutual Benefits and let the music make it all better. Written by Jordan Lee and performed with a string of musicians that make up the self-described “amorphous collective”, the seven songs on Love’s Crushing Diamond are simple yet arresting. This is music from the heart, honesty worn on the sleeve of the soul. Wrapped in folk with ribbons of pop, one Bandcamp fan described the album as follows: “It’s hard to be this vulnerable, ever harder to record it accurately.” I couldn’t agree more.

I’ve harped on here before about the fact that we now find ourselves in a world where the learning steps of an artist are (sometimes too) readily made available for public consumption. It’s not a black and white situation – you won’t get an “it was better in my day” from me – yet the fact remains that a lot of today’s music should be understood for what it really is: steps towards a refined artistic voice. I’m increasingly uncomfortable with that music being judged, understood and amalgamated with the output of those who’ve already spent years refining what makes them unique. That only does a disservice to everyone.

So anyways, Motion Picture Actress is a jazz student from Brisbane, and See Water is his debut EP, and one that definitely falls into the above category. The music’s carefully crafted and easily connects by pulling from current populist tropes in electronic circles. It’s full of intricate layering and a multi-genre approach that evokes a little of everything without ever taking a definitive stance. All of which isn’t bad, per se – in fact, MPA pulls it off well, showing he has the ideas and the chops, and on a few occasions the music definitely makes you stop and take stock. But this is a start, and so to me, it’s really about where this young man will go next and how he will develop further as an artist.

Bristol-based A Future Without return with this album from post-rockers 52 Commercial Road, and, despite being their first release of 2013, it’s not a moment too soon. Run by Will Plowman and Ross Tones (who you might know as Throwing Snow), the label’s established itself as a creative house for carefully selected, diverse projects, and was where I first came across the likes of Kahn and Memotone back in 2010. Communion is 52 Commercial Road’s third album, fully instrumental and recorded across different studios in Paris earlier this year. The music was originally crafted as the soundtrack to the movie Broke But Making Films and has been expanded into an album release, retaining a definite soundtrack quality that only benefits the music. It’s expansive and hypnotic, the sort of instrumental music that’s perfect to get lost in or to. The artwork also matches the mood rather accurately.

I met Jitwam in London last year, a young Australian expat of Indian origin living the dream like so many of us who come to the capital seeking inspiration and the shape of a future. Shortly before returning Down Under, he hit me up with some demos that had caught the attention of the likes of Kutmah. Suffice to say, I was curious, though – for whatever reason at the time – I can’t remember thinking much of them. These have now resurfaced as The Jazz Diaries, a self-release that benefits from the mastering touch, and co-sign, of L.A’s Matthewdavid. Well, either I wasn’t paying attention last year, or the tracks were really rough, because the three offerings on this first release are pretty nice. Again, there’s an element of learning at work here, but Jitwam definitely seems to have found his place in the sonic spectrum: somewhere dusty, warped and not a million miles from the vibes of a certain London producer who blew up in recent years with a similar approach. The off-kilter vibe of the last track is the one for me.

Available as a limited edition vinyl and digital.

Leeds’ Paper Tiger are a band. They have a rapper, so it must be hip hop, right? Yeah, but then the beats are kinda dance music-y. And the brain behind the band plays the saxomophone. So perhaps I can throw jazz in there too. I jest, but only to make a point: Paper Tiger are hip hop because hip hop in 2013 is not the clearly defined ‘thing’ that some would have you believe.

Laptop Suntan is their first album for London’s Wah Wah 45s, and brings together their years of experience – making music, but also touring and appearing alongside the likes of Rustie, Amon Tobin, Daedelus and more. Stones Throw’s Homeboy Sandman drops in on the chorus for ‘The Sting’ with its hilarious punchline, while a trio of British MCs (including the slept-on Infinite Livez) team up on ‘David Starkey’ for a balls-out rap excursion that includes the rhyme “doing it for your nan like Ronan Keating / the whole of my house’s got central heating.” Elsewhere, there’re solid instrumental excursions that touch on everything from twisted beats to dancefloor jams and dubby melancholia. Basically, it’s solid, like the laptop I’m writing this on.

Available as CD and digital.

Searching for the perfect tag

Poetry’s found its way into my life recently in random ways. Not that I’m listening to lots of it, but a few poems set to music by close friends have hit me deeply and got me thinking. So I picked poetry as this month’s tag, because I wanted to see what Bandcamp would throw up. The result was a lot of random stuff, unsurprisingly. And amid all that I found this collection of poems by Lora Mathis set to music by Adam Guerra, two artists based in Texas who collaborated via Soundcloud. Lora’s poems appear to be deeply personal and quite dark, touching primarily on loss. But I also hear hope amid it all, in between the words, verses and experiences. The music is understated, letting the words come to the fore and adding just the necessary mood to carry them into the world.

Page 8 of 9
Tags: The Best of Bandcamp