This edition of Name Your Price marks a year since I took over this column, and it’s incredible to see how far Bandcamp has come in the last 12 months. Last year, they hit their $100 million goal in fan-to-artist transactions early, stepped up their app game, began offering artists an alternative to SoundCloud with exclusive embeds, and invested in editorial staff. As we begin 2016 one thing is clear: Bandcamp is not an underdog anymore.

Their growing strength is reflected in some of this month’s releases, including the return of a producer who released a cult classic in less receptive times and some of our favorite Bandcamp labels hitting the ground running with stellar releases. If you’re worried about the platform’s success compromising its bizarro underbelly, you have no idea what you’re in store for. But first our Release Of The Month, from a Bandcamp veteran returning with arguably her best album yet. 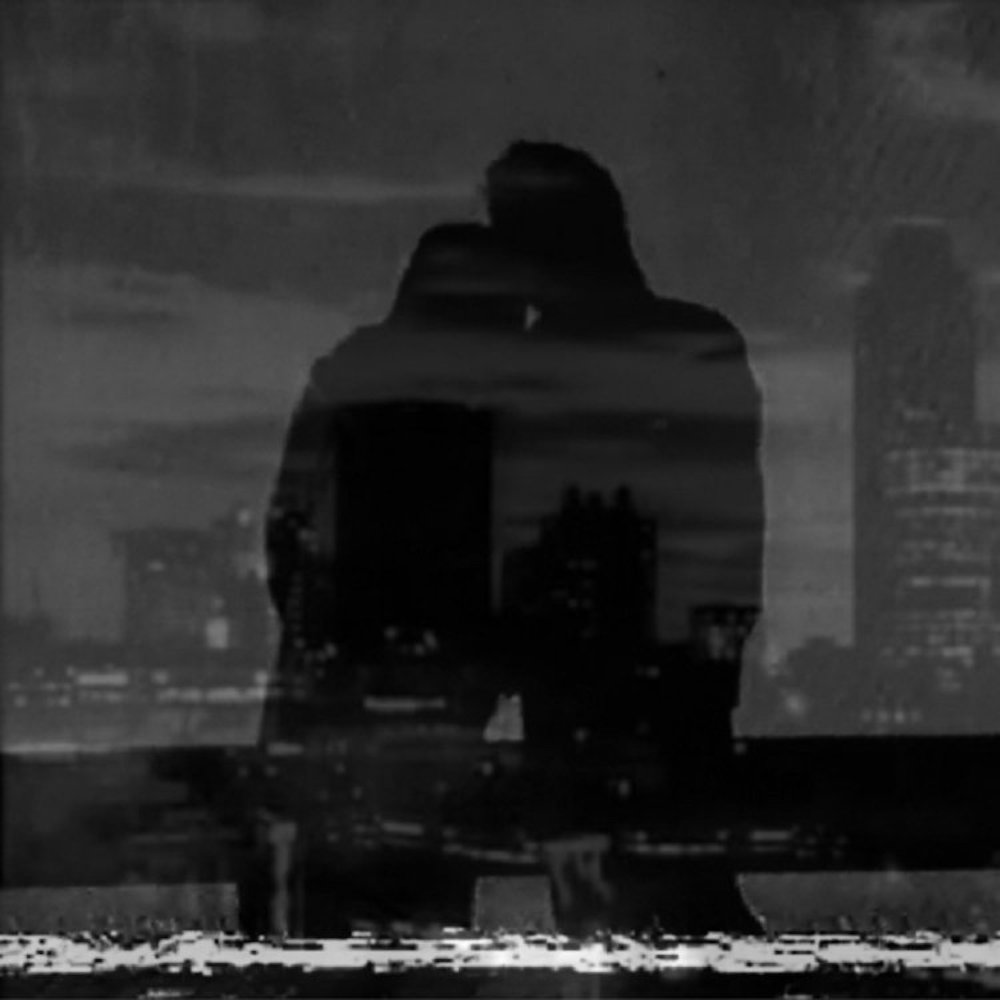 I’ve started to think of Luxury Elite’s music the same way I do perfumes. From album titles (Blind Date, Late Night Delight) to specific songs (‘First Kiss’, ‘Debonair’), Lux has a way of channeling these aural impressions as brief, beguiling spritzes. It’s the synesthesia treatment offered to old magazine ads, the glimmer of jewelry on the Home Shopping Network. That ear for arrangement and the subtle thematic qualities of her releases have made Luxury Elite one of the most dependably great vaporwave producers. Her new album, Noir, uses appropriately urban and late night vignettes (‘Innercity’, ‘High Rise’, ‘Lounge’) to paint her most vivid picture yet.

While some of these 20 tracks fade into the background, achieving vaporwave’s essential Muzak-exotica effect, Noir’s great strength is its big picture arrangement. ‘Thrill’ is an elevator jam built from little more than a chintzy keyboard melody and finger snaps, but when it lets you off on the faux-tropical floor inhabited by ‘Tessellation’ and ‘Future’, their plastic pulses feel lush in context. Those flourishing moments are spread throughout Noir and make up many of its best moments. ‘Evil’ interrupts its bass-heavy intro with a winding drum machine pulse that brings to mind John Carpenter at his most playful (think Big Trouble In Little China), while ‘Desire’ lights up Noir’s back-half with five minutes of tense synth spirals continually circling back to the high-drama hook.

Noir feels timely for vaporwave in general. Last week marked the three-year anniversary of Lux and Saint Pepsi’s genre-defining Late Night Delight. So much has changed since then (Saint Pepsi doesn’t even exist anymore — he’s Skylar Spence and has a record deal with Carpark) and new artists have taken the sound in their own directions. But even in this loved and loathed genre, it’s essential to have artists who carry some authority with their work, whose vision acts as a foundation for others to build on. That is Luxury Elite. She’s always been one of vaporwave’s defining artists and Noir is an essential reminder. 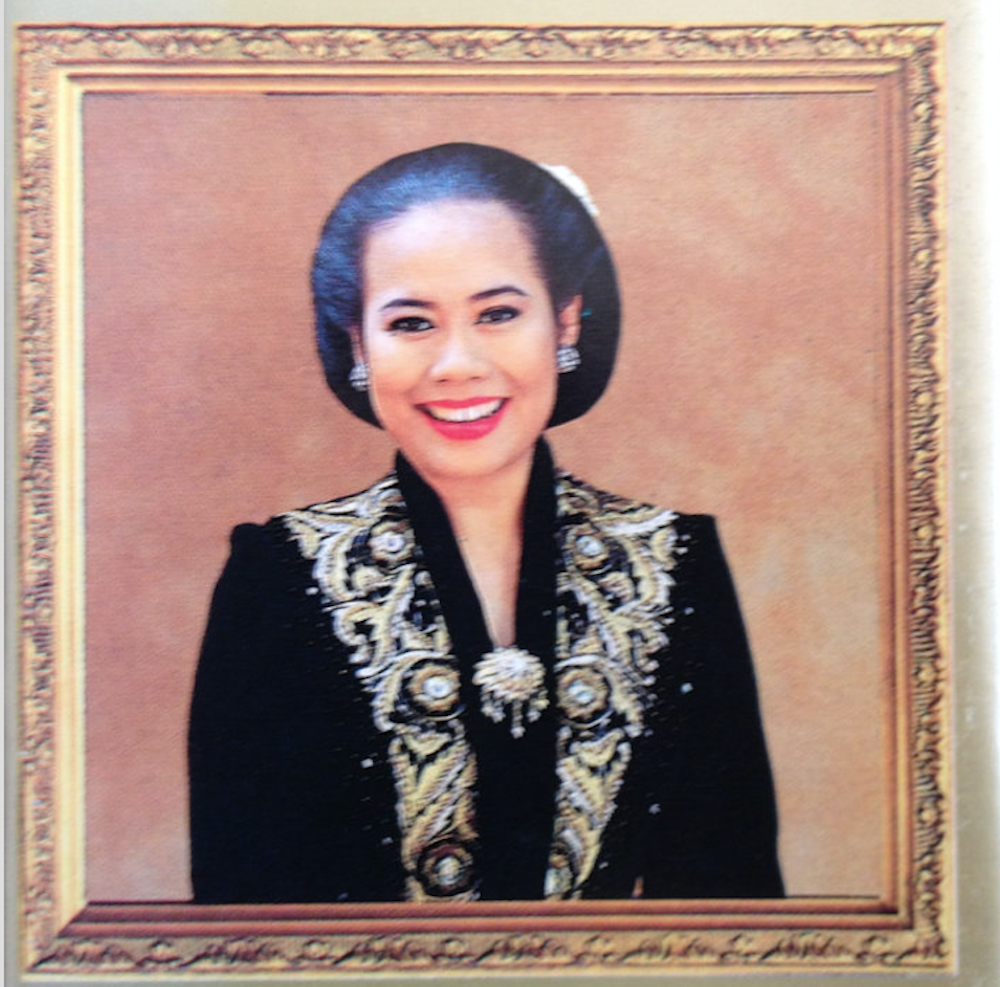 Super Cassettes Indonesia! is a new record label based outside of Boston that sprang up at the turn of 2016. Their aim is to be highlight quality out-of-print and DIY recordings from Indonesia, and all releases are free. Collections range in years (typically falling between the 1980s and early 1990s) and genres. Some veer into distinctly pop realms, while others focus on more traditional forms of gamelan and kroncong.

The endearingly sweet collection from singer Dewi Yull is an excellent starting point, using traditional kroncong arrangements (a ukelele-like guitar, flute and strings) to make heart-swellingly romantic pop songs. It’s my favorite of the bunch, but I highly recommend diving into SCI!’s back catalogue and finding your own. This entire label is worth your time. 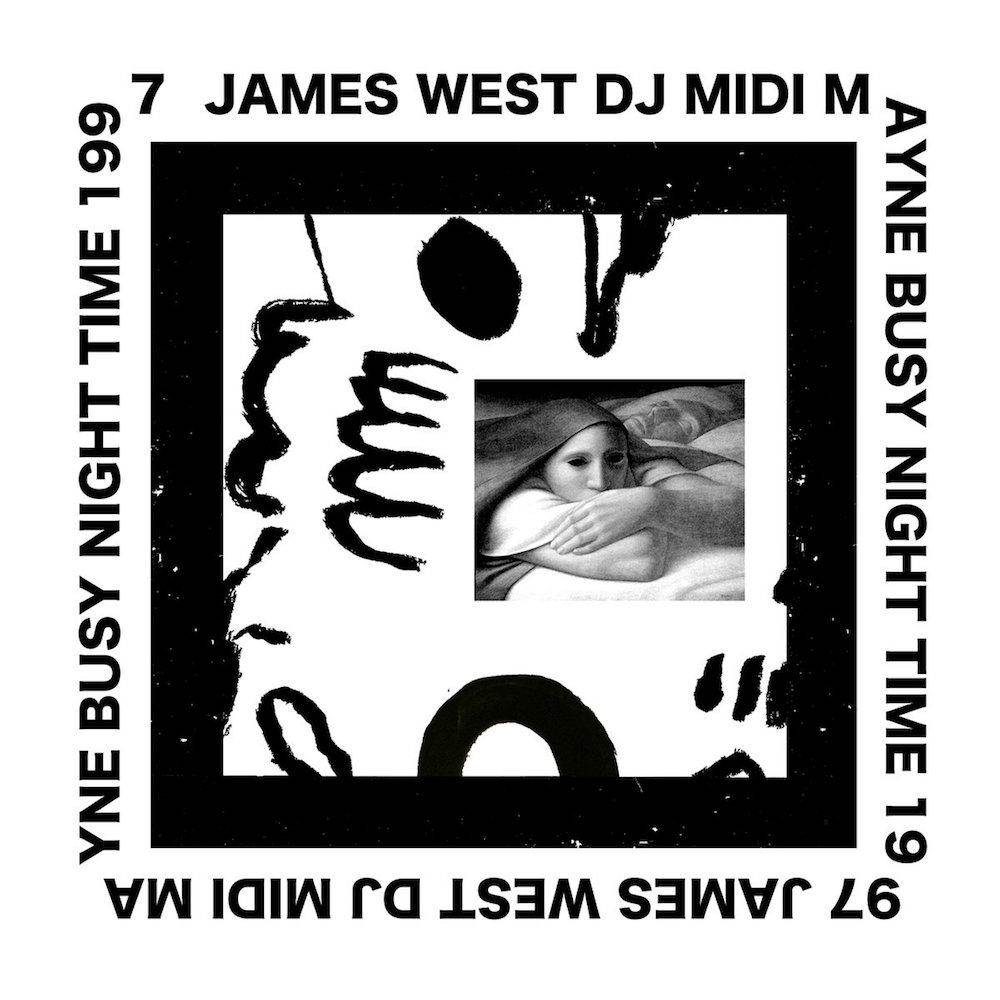 One of the best parts of Bandcamp’s rapidly increasing popularity is that early adopters have been given a second chance to take advantage of the platform’s current benefits (having staff writers who scour the site for quality new releases, for example). There’s an enormous sense of satisfaction in seeing James West return five years after dropping his overlooked debut with a follow-up on a compelling label. Busy Night Time 1997 shows that West never stopped producing during those years, and never stopped having fun in the process.

Two moments are inspired by the same Eddie Murphy sample about the movie Poltergeist. The first half of Murphy’s advice (“If there’s a ghost in the house …”) becomes the foundation of Busy Night’s heady centerpiece, but it’s the punchline that West flips into the album’s best track, ’Get The Fuck Out’, a VHS-house jam that twists its titular phrase until all meaning is lost. Elsewhere, he straps a smooth vaporwave track onto a pulsing rave beat with ‘Press Start’ and indulges in more traditional Bootleg Tapes-style destruction with ‘Rush 2 Tha Rave’, before signing off with the atmospheric epic ‘Wet Paint’. It’s a more scattershot release than Dreams West, for sure, but that works to its advantage. James West has a lot of lost time to make up for – it’s good to have him back. 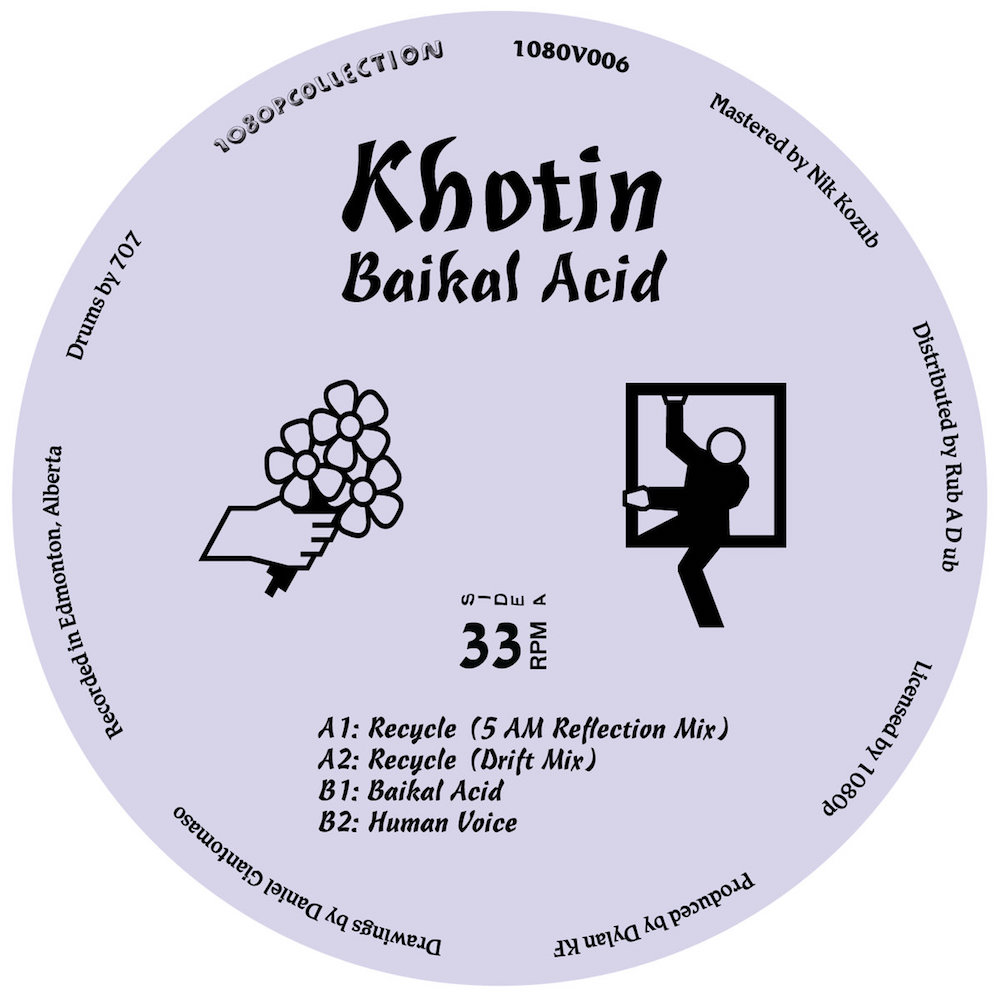 Khotin returns to 1080p after dropping one of the label’s classics: 2014’s dreamy Hello World. Baikal Acid finds the producer honing his wandering house tracks into even dreamier vistas. The first half comprises ‘Recycle’ in two versions. The more energetic ‘5 AM Reflection Mix’ (I love that this is an upbeat title for Khotin) recalls Hello World highlight ‘Ghost Story’ by building itself around one perfect glimmer of a hook, but shifts into even spacier new directions over eight minutes. He then puts that same hook under a microscope in the drumless ‘Drift Mix’, breaking the fragile melody down to its delicate moving parts.

That attention to detail makes for an even more exciting second half, with the title track moving along woozily before building to unexpectedly emotional synth melody. The release closes out with ‘Human Voice’, a track that gradually overcomes the EP’s sleepy early morning atmosphere in an energetic finish. Alongside LNS’s Maligne Range, it makes for a strong start to 1080p’s year and an exciting bridge to Khotin’s next album. 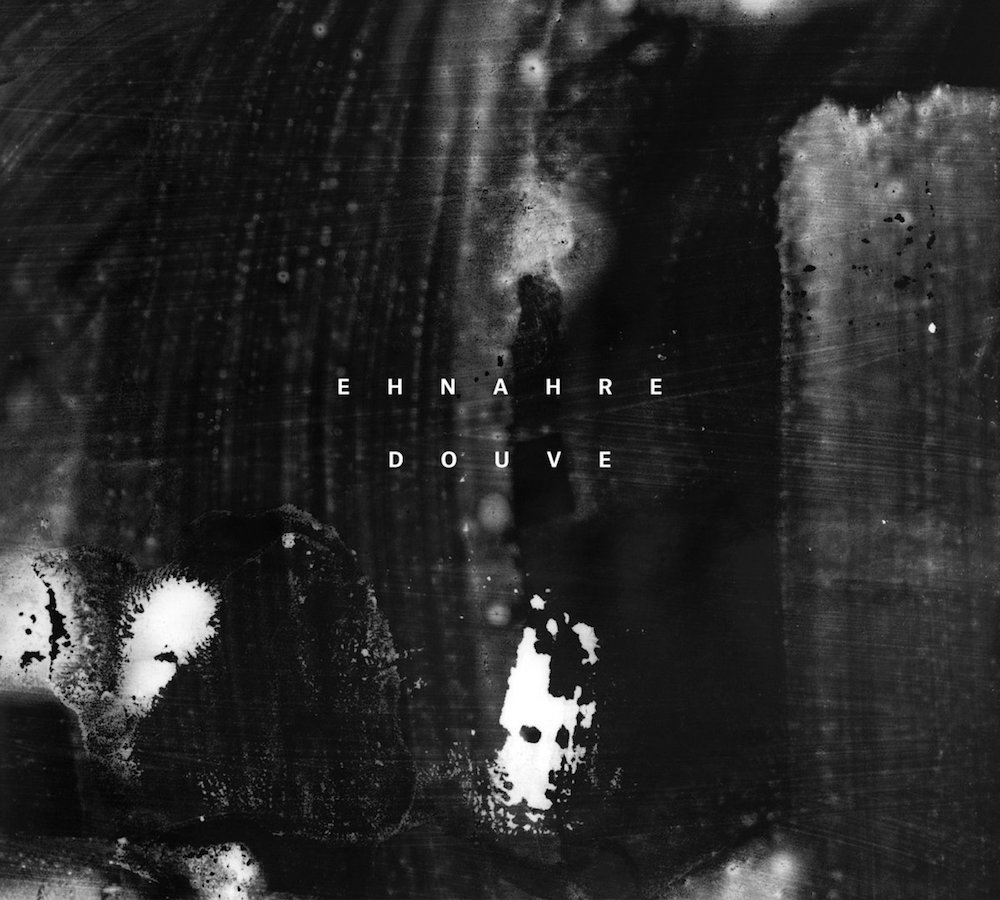 When people think of metal and classical coming together, they probably reach for Sunn O))), a band that blends the glacial powers of Gyorgy Ligeti with seismic metal gods Earth. Boston metal outfit Ehnahre offer a different and excitingly original take on that combination with their sparse, terrifyingly ungrounded Douve. Their best weapon is Jared Redmond, a pianist whose wandering, eerily unpredictable piano brings to mind Morton Feldman’s most atmospheric work. If you’re wondering how a composer like Feldman could fit into metal, the answer is: surprisingly well.

There are moments of violent release (skip to the third track’s ‘At Last Absent From My Head’), but they’re made all the more satisfying when the band commits equally to building long stretches of unsettling tension, as on ‘Black Gestures’, which traps savage screamed vocals in a web of double-bass and piano flutters. They both achieve the sort of catharsis metal requires, but (as you may have guessed) they work even better when paired together. It’s a metal album where silence — and the anxiety in not knowing what will spring from it — is the most essential and satisfying ingredient. Douve proves Ehnahre know how to make that silence sound deafening. 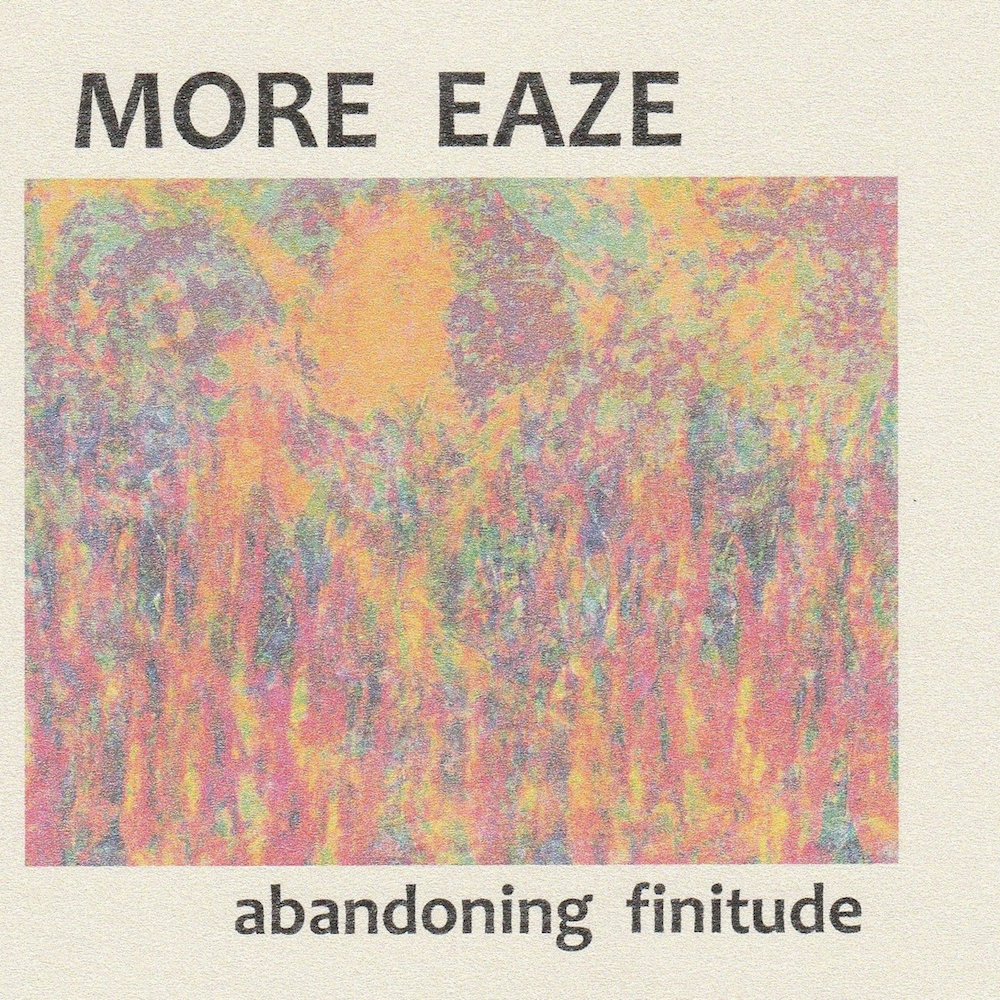 More Eaze has dropped a couple releases since first appearing in this column last August, but Abandoning Finitude deserves special attention, as it completes the trilogy that started with Stylistic Deautomatization and continued with Accidental Prizes (one of the best Bandcamp releases of 2015). While the latter showed a lot of Marcus Rubio’s highly enjoyable approach to the “destruction of song forms”, this volume ties some of that album’s best moments to rigid dance structures; ‘Outdated (Stadium)’ blends ghostly synth lines with some garbled approximation of a sports arena clap before shifting into the minimal techno of ‘Updated (Rink)’.

But one of Rubio’s best qualities is the way he embellishes his records with red herrings, and this release is no exception. ‘Temporal Flourish’ loops gorgeous cello lines before tripping them up with feedback and static, while tracks in the second half like ‘Infinite Waste’ and ‘Time Inn’ act like loving tributes to Jim O’Rourke. Looking at the complete trilogy shows how much Rubio’s project evolved as it brought in new listeners. It’s over now, but this just feels like a beginning. 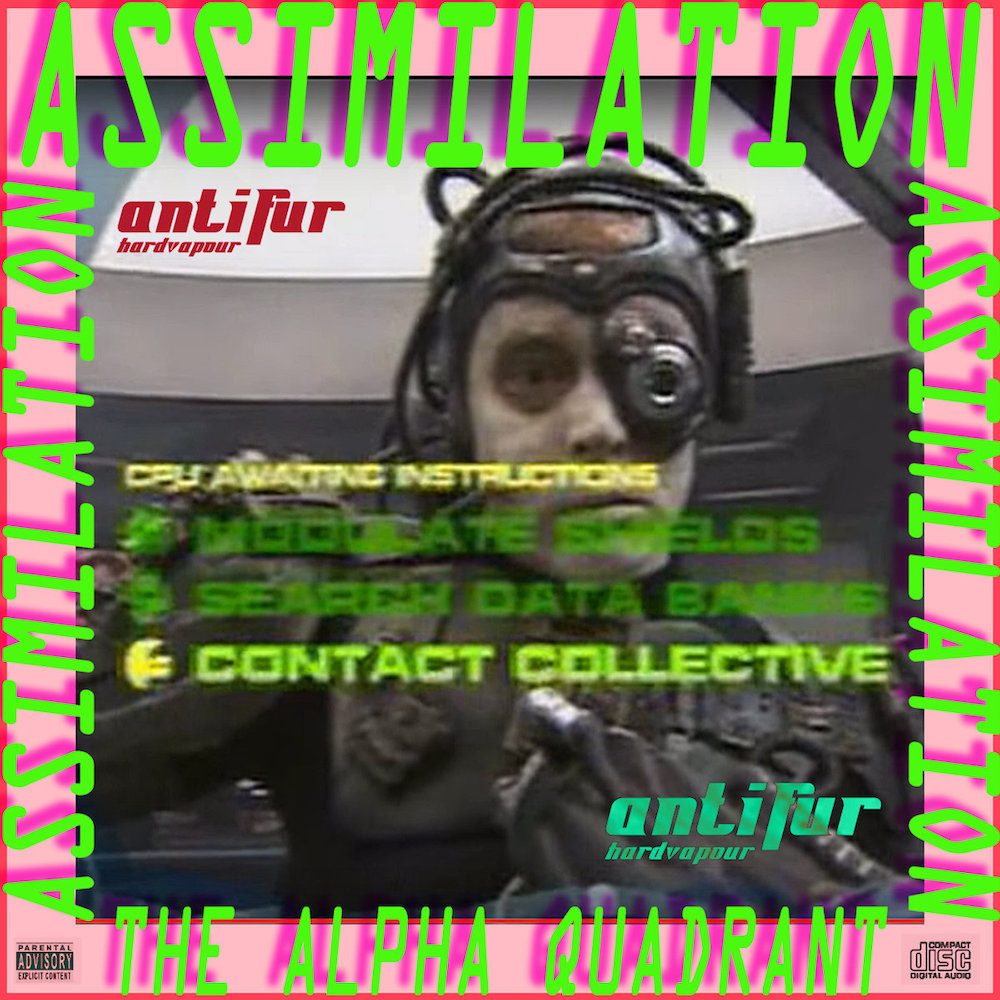 Happy New Year. It’s gonna be a weird one. 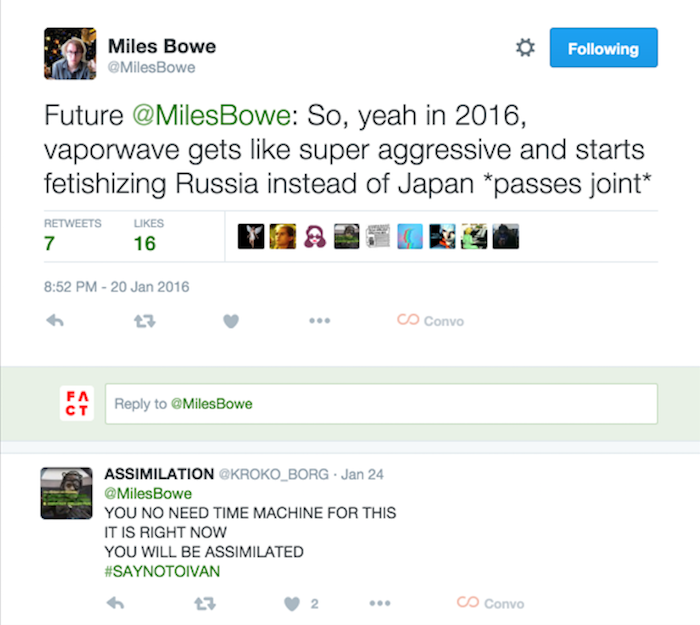