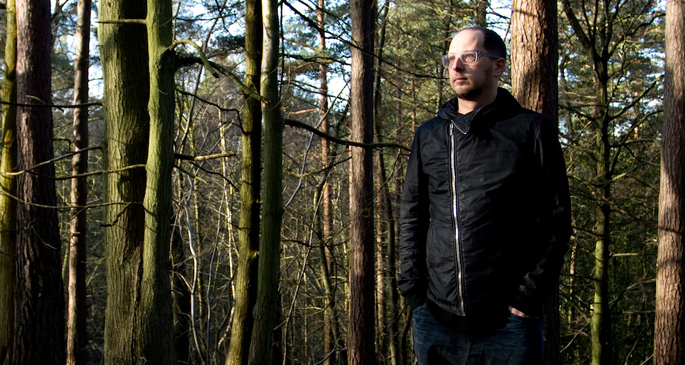 Each week, FACT’s Mixtapes Round-Up trawls through the untamed world of free mixes, radio specials and live blends so you don’t have to.

We’ve now decided to break this into two features: the week’s Best Free (and non-FACT) Mixes (think Soundcloud, Mixcloud), and the week’s Best Free Mixtapes (think DatPiff, LiveMixtapes). Naturally there’ll always be some level of crossover between the two, but we concluded that it sometimes feels unwieldy seeing a Young Thug tape sitting next to a blend of slowed-down Disney theme tunes, so we’ve split the columns up, with Mixes running every Thursday, and Mixtapes every Friday.

This week we’ve got a bumper crop to kick off the new look, from Mike Paradinas’s mix of aging British TV themes to roughneck sessions from Finland and Houston.

Mix of the week:
µ-ZIQ
TVTHEMES

Planet Mu boss and electronica innovator Mike Paradinas reckons that it was hearing Britain’s selection of diverse TV themes that dragged him into the lurid world of electronic music. It was the first place he ever heard a synthesizer, and he reckons that he can pinpoint his “entire sense of melody” to the lineup of library musicians responsible for the themes, so it’s rather touching to hear this selection of his absolute favorites.

If you weren’t born in England in the early 1970s you might expect to be at something of a disadvantage. Well having prior knowledge of treasures such as Rentaghost, Tomorrow’s World and Supergran certainly helps in the nostalgia stakes, but it’s not essential. Really, Paradinas has put together a touching selection of quirky British television history, and it’s something that can be studied and examined by intrigued outsiders just as easily as it could be used as a Pavlovian bell for reliving ever-fading childhood memories.

Über-prolific producer Eugene Hector dons his Tuff Sherm alias for an hour-long set comprised almost exclusively of unreleased originals. The producer is always good for just-left-of-center house and techno mutations — body-jacking material with enough grit and noise to keep things interesting. Most of the mix is somewhere between serene and sultry, but the last 15 minutes or so torques things into a frenzy.

Holding it down for the nu-grime set in Houston, Texas of all places, Rabit absolutely floored us last year with his genre-busting Double Dragon EP, and he shows similar chops here with his Boiler Room debut.

Taking care to drop in plenty of his own exclusives, Rabit runs us through the Boxed-wave of instrumental grime, stopping to pay his respects to Mumdance (‘Take Time’ gets a rewind, obviously) and chopping in plenty of well selected rap while he’s at it. There aren’t many DJs who get the rap/grime blend spot on, but Rabit manages it by leaving plenty of room for the beats to heave and breathe. You’re listening to a master at work.

THEE MIKE B
(NOTHING BUT) TIME IS A FLAT CIRCLE

We’re not sure what hooked us first: the True Detective reference/samples or Mike B’s reputation. Either way, the Los Angeles pro is back with another masterful set, this time fixated on all flavors of house music, whether acid, electro, tech or jackin. Bounding between contemporary Frenh tunes and classic material by Ralphi Rosario, this one is killer. If you don’t lose it to Jesse Rose’s new single ‘Fly Tonight’, we don’t know what to tell you.

You don’t have to spend much time clicking around FACT to know how much we love our film soundtracks, so Radio Jiro’s soundtrack special wasn’t exactly a hard sell. It’s already an NTS show worth following, but this particular episode digs through the vaults to provide a selection of soundtrack cuts that’s far from the obvious canon of well-worn themes and cues.

The mix kicks off with Vangelis, but rather than giving the space to ‘Blade Runner Blues’ yet again, we’re instead treated to ‘Song of White’ from Antarctica, and this process carries on throughout. There are cuts from Ryuichi Sakamoto, Tangerine Dream, Ghibli composer Joe Hisaishi, Goblin, John Carpenter, Giorgio Moroder and loads more, and whether you’re a grizzled soundtrack collector or a total newcomer you should be just as pleasantly surprised by the excellent, thoughtful selection.

GREMINO
MIX FOR THE ASTRAL PLANE

Finnish producer Gremino has spent the last few years quietly releasing rough-edged tracks via Fade To Mind, Keysound and Car Crash Set, developing a sound steeped in grime, techno and hardcore that (it almost goes without saying) is very in vogue right now. His hour-long mix for The Astral Plane mixes his own material with that of contemporaries Mumdance, Logos and Beneath, along with forays into throwback dubstep and late-night 4×4 material that — no matter its provenance — pushes the limits of 130 and ventures into darkened corners.