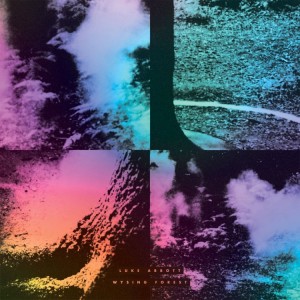 These days the cult of modular synthesis seems to claim a new victim every week. In the UK alone, Blawan and Untold recently disclosed their fetishes. Obviously, breaking free of DAW and vintage synth orthodoxies is to be applauded, but the yield can feel a bit uneven at times. In go thousand of pounds and countless hours of tinkering; out comes… well, in some cases, a self-indulgent mess.

The Border Community lot have, to date, been a shining example of how to stay on the right side of the hobbyist rubicon. James Holden’s recent The Inheritors was one of the most striking and coherent albums to come out of this micro-trend. Pre-empting him was Luke Abbott, whose brilliant 2010 debut Holkham Drones paired gnarled modular-derived sonics with computer-aided compositional precision. Holden has said of Abbott’s new album, “he’s doing things that I wish I could do myself”, and it’s easy to see what he means. As with The Inheritors, Wysing Forest sees its creator descend yet further into the modular morass; these tracks – a collection of recorded live performances and off-the-cuff studio jams – revel in their semi-improvised looseness. And as with Holden’s album, the results are by some measure more challenging than anything Abbott has done before.

There are differences, however. Recorded in a few winter weeks at Cambridgeshire’s rural Wysing Arts Centre, the sense of coldness and dislocation to this album is a far cry from Holden’s humid maximalism (or, indeed, from an Abbott classic like ‘Brazil’). Clean, open spaces and slow-iterating structures predominate. Quite offputtingly so, in fact; the album opens with 22 minutes of the most uninviting music Abbott has released. ‘Amphis’ is a particular struggle: at first it’s just a collection of muted tones, a bit like distant birdcall in a bleak winter landscape, and the chord progression that enters is graceful but icily detached. ‘Unfurling’, meanwhile, never achieves the blossoming promised in its title, instead bleeding away, slowly, to nothing.

Fortunately, things do pick up. The gorgeous ‘Free Migration’ comes as a sudden jolt of energy and colour. From there, ‘Highrise’, ‘Tree Spirit’ and ‘Balance Of Power’ each hit the sweet spot between kosmische wizardry and pop directness that Abbott has previously made his own. But it’s not to last. We’re soon, via the jarring ‘Snippet’, dumped back into a reprise of ‘Amphis’ – eight more minutes of those chords, floating lugubriously round and round. Abbott has spoken about the importance of this record’s overarching structure and, springing from greyness and returning to greyness, there is certainly a lifecycle-like form to Wysing Forest which is pleasing in the abstract. But the album’s periods of gestation and decomposition so outweigh its moment of flowering that a full listen is much more a chore than a pleasure. Plenty of producers have been led much further astray by the tangled wires of their modular rig, but Abbott’s latest does feel like a case of failing to see the forest for the trees.