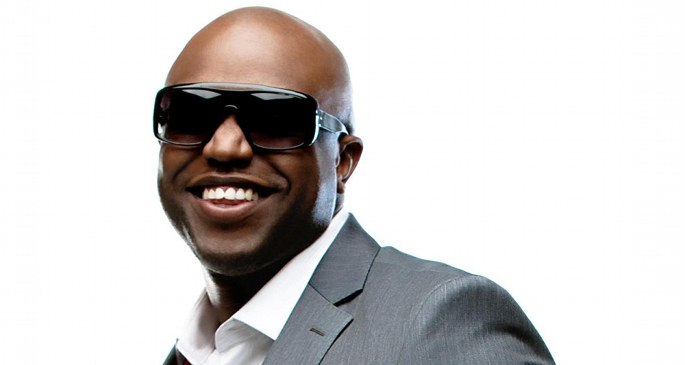 Unlike a lot of rap critics (and of course, SH would never refer to themselves as critics), they’re also about as unsnobbish as it’s possible to get, and are always trying to make things happen – they’ve been behind some of the most interesting rapper-producer hook-ups of recent years. Every month, they’ll be rounding up 10 hip-hop tracks that have got them in raptures – between this column and Chris Kelly and John Twells’ weekly mixtapes round-up, we should have all bases covered.

This month, we’ve got more from man of the hour iLoveMakonnen, Mouse on da Track, Kevin Gates and, as ever, the Club God himself Beat King. You can catch Southern Hospitality’s Players Ball on Friday September 12, and their next Soho Radio show on Friday September 5.

The marquee artists for Mike Will Made It’s EarDrummers label (say it backwards if you want the story behind Rae’s name) resoundingly affirm their hit-making prowess with three-for-three clincher single ‘No Type’. As with fellow ATLien iLoveMakonnen and Southern Hospitality favourite Beat King, the key to Rae Sremmurd’s success is confidence and conviction. They say the right words in precisely the right way at a pace that lets you luxuriate in every syllable. The result is some of the best-written, most musical music out, and, in having close-succession hits to back up the hits, the blueprint for avoiding one-hit wonder status.

Beyond the priceless Drake co-sign, iLoveMakonnen continues to own 2014, this record like a darker counterpart to his already classic ‘Too Much’. By the time Key! comes through with the supremely based second verse, you already know Makonnen has made another timeless record seemingly without trying. And don’t think we haven’t noticed Sonny Digital’s more experimental recent resurgence. For our money, one of the producers of the year – no question.

There’s absolutely zero compromise with Rico Love, both in lyrical content or the pure luxury of the grooves he creates. Much like The-Dream before him, Rico’s mainstream songwriting has little place in his own work, where he creates intense, often immoral hooks and is absolutely unafraid to work a micro-concept for four minutes. This is about as pure an expression of R&B as there is right now and the self-conscious need not apply.

The hype on Raury is fully gathering steam now and within about a week it’s going to be impossible not to have an opinion on him. Ours is that Indigo Child is an amazing release, and much like Chance The Rapper a couple of years ago, Raury arrives as an artist so natural that it’s difficult to deny the joy in records like ‘Armor’. Any resistance is probably futile.

While the original is over a year old and has been in prime rotation on Houston radio since it dropped, the addition of god-amongst-men Kevin Gates and one of the most blissful Rich Homie Quan hooks ever feels timely, subtly reinvigorating the song and without question bringing it to a less local audience.

You may not have heard of Moe Gang or The Sauce Factory, in our book two of the most exciting rap collectives from Houston’s bountiful underground, but ‘Flava In Ya Ear’, the highlight from their incredibly titled Saucemania project is typical of the kind of hypnotic, menacing music they’ve been putting out recently. This one’s killing Houston radio right now so we’re praying for a Beat King remix to seal the deal.

One of the many highlights from his recent Air Time mixtape, ‘Bye Bitch’ is a great example of Baton Rouge producer slash rapper Mouse On Tha Track’s proprietorship of some of the best, most recognisable grooves and basslines in rap. His signature sound brought us some of the best Trill Ent moments, but the fact that his music still has more warmth, feeling and movement in it than pretty much anything else from any genre in 2014 genuinely gives us hope for humanity.

Jeezy seems determined to stake his claim as the most consistent artist in rap and a true highlight of the very dope Seen It All is his collaboration with Lil Boosie. This is the Southern rap music we love, recalling the rhythms of early Dirty or Field Mob records, with Jeezy and Boosie right in the pocket, rhyming like their lives depended on it.

The pick from their new and perfectly concise EP, with a beat reminiscent of Dirty Money’s ‘Someone To Love Me’ and the kind of dream bassline that allows the vocals to float above with no damn effort at all. Late nights and headphones necessary.