And this one time…the best Bandcamp releases of the month: September 2014 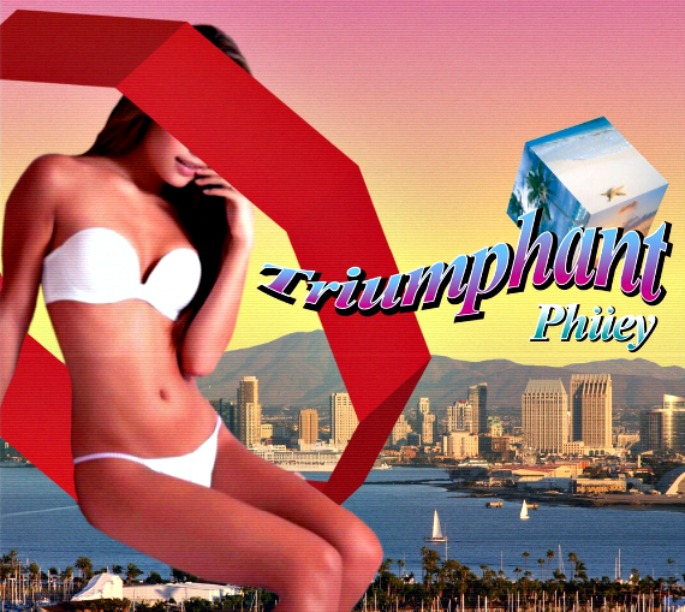 And this one time on Bandcamp we went down a rabbit hole and never came back out. Who needs reality when you have the internet after all? This month, we grapple with a snapshot of underground dance music from the American northwest, psychedelic shoegaze from Karachi, martial art beats from Detroit, haunting chamber music from Germany, a big cup of dance music juice with all your favourite sonic vitamins from Fukuoka, straight rap from Bas-Canada and the return of a beatmaker long thought lost to the cause. Oh and devotion.

The latest instalment of Dropping Gems’ compilation series sees the Portland-based label dig deep into its contact book – or maybe that should be friends list nowadays – to bring together 21 artists under a loose fitting banner of instrumental, experimental dance music. Its strongest point is its understated approach, both visually and sonically, which makes for a nice chance in the increasingly noisy world of hastily put together digital compilations.

There are a few memorable moments across the 21 tracks, including The Range’s will-it-won’t-it break-y ‘Rayman’, Anenon’s broody ‘Actions’ and Devonwho’s loose and bright ‘Sunder’. There are other names you may well recognise amid the rest, such as Natasha Kmeto, Pixelord, Free The Robots and Time Wharp. Overall, Gem Drops Four is a strong, well thought-out compilation that acts as a great showcase for some of the more under-the-radar names making moves today.

Available as pay what you want digital, limited edition cassette and prints.

//ORANGENOISE
A Journey To The Heart of Matter

Psychedelic Chappalgazers from Karachi, Pakistan is how //orangenoise describe themselves, and it’s quite a fitting way to describe their take on shoegaze, punk and psych rock. Pakistan is definitely not the first place you’d necessarily go looking for the stuff, but then again that’s the internet for you.

I actually discovered //orangenoise totally by chance on Twitter, as one of the four musicians who make up the band appears to have been accepted into this year’s edition of the Red Bull Music Academy. I went looking on their Bandcamp and found this release, which dates back to 2012. The blur and pomp of psych is dialled down quite a bit on the album with songs that breathe more as a result though they still roar with a delicious energy. There’s an EP, //voracious, from 2011 that’s also well worth checking and is a bit more out there and heavy sonically.

This month’s instrumental hip hop fix comes from Detroit courtesy of ILLingsworth. Over the past few months, the diminutive rapper and producer has been uploading batches of beats under various themes, and the latest takes its cue from one of hip hop’s favourite past times: martial arts.

Karate Related Deaths is short and to the point – eight snapping instrumentals that flirt between deft sample chopping, hilarious vocal samples and moody melodies. A nice display of ILLingsworth’s production chops and a perfect introduction into another side of the Detroit hip hop underground that rarely gets a shine. If you enjoy this, you may also want to check July’s offering, Pebbles In The Ocean, which follows a similar format.

A musical ensemble originally convened by Claudio Puntin, Insa Rudolph and Samuel Rohrer, sepiasonic no longer exists. What remains behind has been collated into this self-titled album, released this past summer on German label arjunamusic, Rohrer’s home, which acts as both a death note of sorts and a living testament to the ensemble’s striking approach, somewhere between chamber music and contemporary classical.

The music on sepiasonic is performed with drums, cello, guitar, three flutes, including bass and alto, and Rudolph’s soft vocals. There may also be some other things in there, which I do not fully understand but suspect are creating some of the sounds you can hear, or perhaps they’re merely the instruments expertly disguised. The result is deeply hypnotic and appealing, a real pleasure to the ears and senses. ‘Smiling At You’ reinterprets ‘Loving You Is Easy’ in a stunning way, starting light and fluffy and ending with low end growls you simply didn’t expect.

I have no idea how I ended up coming across this – I suspect a stray link on my Twitter feed that was filed and forgotten. I wish I could remember if only to thank the person who’d pointed me to it because, quite frankly, it’s one of those releases that is so WTF bonkers it tips into the brilliant.

I don’t know where Phuey is from, though based on the little information available about the label I’d wager he or she is part of the Fukuoka collective running the whole thing. Over the past few years Fukuoka, and to a degree southern Japan, has been staking its claim to Japan’s share of the electronic music pie and digital free-for-all, and this is by far one of the most brilliant efforts I’ve heard from the area.

Triumphant is a mash of so many influences, samples and ideas it would be pointless to attempt listing any of them. Instead, know that it grabs at so many instantly recognisable signifiers that you’ll be all the happier if you let your guard down and enjoy it (I should know, I’m the first to hate on stuff like this normally). Even the artwork is a little confusing, with it’s obvious reference to the vaporwave aesthetic even though the music is a million miles from that particular brand of internet sonic mayhem. Because Japan.

We return to Montreal for another trippy rap-trip courtesy of the Alaclair Ensemble family. This time it’s rapper Eman’s debut solo release, entirely produced by VLooper. XXL is a lot more cohesive than the crew’s last few collective offerings, though it’s peppered with the crazy that these Bas-Canadiens excel at.

The rhymes flit between English and French, slang, and normal words you have at least a chance to understand if you’re not from the area. The beats are rock solid, and once more the balance between over-the-top 808 club beats and more classic neck snapping works a treat. If you want to indulge in some rap off the beaten paths, you could do a lot worse than to fall head first into the strange world of Alaclair.

Rounding things up this month is the elusive Afta1, a producer who first appeared at the end of the 2000s amid the producer buzz and who disappeared after garnering praise and attention from many a notable name. Last I heard, he was living off grid somewhere in the American countryside, but his Bandcamp says Tokyo – and, well, I don’t think I’m falling for that one.

Location matters little to the music at hand though, and Toy Machines is a welcome return to Afta1’s soulful take on instrumental beats and electronic hip hop, dreamy and expansive and often more rewarding than a lot of what caught the hype and has ended up shoved down our throats for the past few years.

Fans of the Brainfeeder school of beats will certainly find plenty to enjoy there, and if you didn’t know of Afta1 before now I would sincerely recommend doing your homework. Previous fans may also want to explore his Bandcamp further, as it appears to have gone from relatively quiet to overloaded with releases, most of which come from the future if release dates are to be believed (this one is released in 14 years by the way).

This month’s tag search was perhaps the quickest so far, lasting no more than five or so minutes after I input the ‘future-past’ tag in the URL. It seemed an obvious one, pandering to the fixations we have with authenticity and placing music on some sort of easily understandable, and largely immovable, timeline.

‘Future-past’ doesn’t even return that many options, which made the pick a little easier. Retreat is a collection of six songs by someone calling themselves Your Sun, based out of L.A. The music is instrumental, electronic and, according to the tags, devotional. Having gone down the rabbit hole on the ‘devotional’ tag before, I can certainly recommend you don’t do as I did. It’s totally a trap. There’s a fair bit of 8bit melodies on some of the songs, which I’m assuming prompted the author to feel somewhat entitled to the ‘future-past’ tag. Time is confusing anyway.

Page 4 of 9
Tags: The Best of Bandcamp