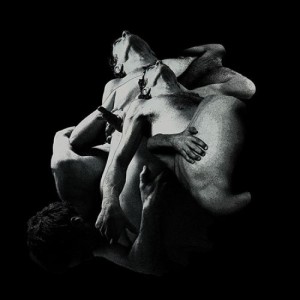 The tendency to reduce contemporary music to a string of past reference points is one of the more depressing tendencies of both cultural criticism and consumer culture, but still, when dealing with figures such as Seb Gainsborough, a certain context can be useful. Gainsborough is perhaps the most visible member of Bristol’s Young Echo, a collective of music-makers with ties to the city’s bass music scene, but operating to their own autodidactic impulses and outsider sensibility. For an idea of the sounds that fill his ears, take a look to his recent FACT mix: a determinedly outré drift through the outer limits touching on the haunted tape music of Graham Lambkin and Jason Lescalleet, the clattery ‘80s DIY punk of The Bots, and the Moroccan lute music of Maalem Moulay Hassan. Of course, that gives you little idea exactly how Punish, Honey sounds, but it does give you some pointers towards understanding the sensibility that shaped it.

To understand how Punish, Honey sounds, you need to know how it was made. Hoping to avoid the restrictions of conventional laptop production, Gainsborough took a leaf out of the Einstürzende Neubauten handbook, building his own musical instruments from atypical and discarded materials: sheets of metal and old bicycles fashioned into drums and harmonic guitars. These are used in the service of sound that still bears the vague hallmarks of electronic club music – repetitive beats, submerged bass, the faint echo of dub. But on first listen I find my mind drifting to a number of distant reference points: the primitive electronic buzz of Fad Gadget, the suffocating bass atmospheres of Ben Frost, the ultra-distorted likembe of Konono No.1.

The result is an album that teases apart the connotations of the word organic: yes, it’s played by human hands, rather than crunched by microchips, but these severe, metallic tones suggest the opposite of flesh and blood. And yet throughout Punish, Honey, Gainsborough finds ways to blur these lines. The oily electronic smears of ‘Red Sex’ bounce along on a playful, schaffel-like rhythm that recalls, faintly, glam rock (Gainsborough says – perhaps jokingly – that it’s about sexual frustration). ‘Drowned Water And Light’ commences as a slow, loping drum tattoo, like a robotic Highland marching band, before the addition of ringing metallic guitar and long, vibrating drones take it to a more baroque place, faintly reminiscent of Forest Swords. The implied sadomasochism of the title track is rendered sonically on the title track, a power play between two intermingling tones, one high and wheedling, one bassy and deep. Punish, Honey’s cover art defines how its contents sound perfectly: a tangle of naked flesh, frozen like marble.

There is a deeper sensibility that guides Punish, Honey, one that is not immediately obvious through a scan of its contents. The album’s making came in a period where Gainsborough was reading Anglo-Saxon and Middle-English literature and pondering the nature of Englishness itself. By building his own instruments, he’s working in a long folk history, of untrained and instinctual musicians using the hand-built or makeshift: the washboard, say, or the tea-chest bass. Of course, being an educated man living in a former hub of the global slave trade, Gainsborough knows better than to glorify the good old days, but with this in mind it’s interesting to hear how Punish, Honey feels like a process of miscegenation, blending and intermingling acoustic textures with the throb of sound system culture: the preternatural, creaking dub of ‘Black Leaves And Fallen Branches’, or seven-minute centrepiece ‘Anima’, a dancefloor-angled number that plays with dynamics of tension and release, with droning hurdy-gurdy sounds that cut through the electronics like a blade.

Punish, Honey feels like a bold move. Offered the opportunity of joining the global DJ fraternity, with the attendant drugs, girls and international travel, Gainsborough appears more content retreating to his own private netherworld, putting dents in metal and tightening strings. Still, the real measure of Vessel’s evolution will come next month, when he debuts the album, homemade instruments and all, at a show with Liverpool’s Immix Ensemble at Tate Britain before going out on tour in support Liars. Punish, Honey intrigues, but it’s the prospect of where Seb Gainsborough goes next that’s really fascinating.