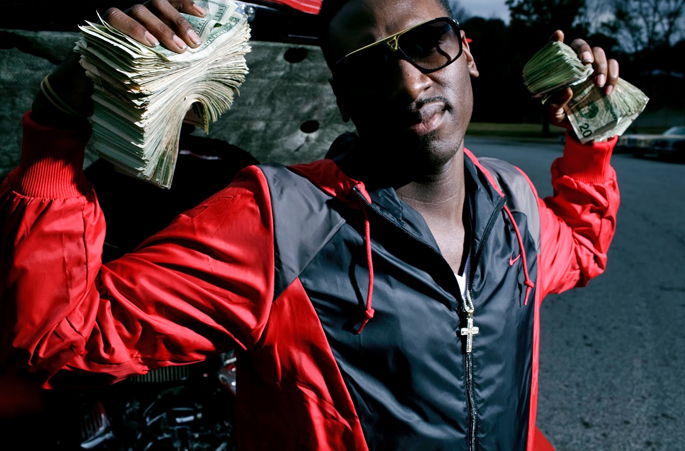 Unlike a lot of rap critics (and of course, SH would never refer to themselves as critics), they’re also about as unsnobbish as it’s possible to get, and are always trying to make things happen – they’ve been behind some of the most interesting rapper-producer hook-ups of recent years. Every month, they’ll be rounding up 10 hip-hop tracks that have got them in raptures – between this column and Chris Kelly and John Twells’ weekly mixtapes round-up, we should have all bases covered.

This month, the lads are out in Atlanta for massive rap festival A3C. They’re running their own stage with Project Pat, OJ Da Juiceman, BeatKing, ILoveMakonnen, Sicko Mobb, Father and loads more FACT-friendly acts due to appear. Basically if you happen to find yourself in Atlanta this weekend you’d be foolish to miss out, and you can peep all the details you’ll need over at the Southern Hospitality site as usual.

If you’re stuck at home sitting in front of the screen, there’s no need to worry – this month’s selection drags us through a diverse selection of club-ready sounds, from Migos most tender moment to date to BeatKing’s strip club anthem ‘Stand Behind Her’. You know what to do. Don’t forget you can stream the Southern Hospitality Radio Show (which aired on October 3) here.

The undisputed music moment of the month, ‘Stay’ is Migos evolving in a direction they’ve been hinting at in two years of consistently excellent melody-saturated rap songs that they don’t get enough critical reverence for. In fact we’d go so far as to say that ‘Stay’ is as warm, tender and uninhibited an expression as any of our R&B heroes might hope to achieve.

Some records arrive with a bang, and some just sneak out to the world and then with a few crucial nods from both the DJs and the streets, begin to take on a life of their own. Bankroll Fresh’s ‘Hot Boy’ is definitely the latter, but the momentum behind this may soon make it unstoppable and if ever a modern record earned the right to channel the name of New Orleans’ finest then it’s this one. Just go ahead and try and get that insistent hook out of your head.

In the least surprising news of the month, Houston rapper, producer and ratchet motivator Beat King releases one of the most aggressively effective pieces of club music we’re ever likely to hear. If you DJ in any capacity and aren’t anticipating Club God’s every release, you’re missing out on a truly rewarding life hack. Strippers already know what’s up.

There’s so much incredible R&B hitting our inboxes right now it would be easy to miss this gem from new group 2NYO. With an almost 90s So So Def ATL bass feel and the sort of group chemistry XScape themselves would have been proud of, this stands alone as an absolutely perfect three-minute roller-disco R&B jam; the kind of which the world can never have too many of.

The perennially underrated Rocko has never been afraid to experiment and teaming up with TM88 (much like Young Thug did with Metro Boomin earlier in the year), we get one of the most unorthodox yet beautiful records about love you’re ever likely to hear. 808 Mafia fully embody the incredible freedom that Southern rap producers seem to be working with right now and with ‘Luv’ we have another intense anthem to pain and paranoia that will stay in heavy rotation for weeks to come.

Built around a slowed-down loop from a Maya Jane Coles record (along with, of course, the inevitable west-coast handclaps, snares and bass) the UK’s influence on American rap and R&B stays shining and this record is so ready for the dancefloor it’s unreal. Add in the fact Drake delivers one of his most fluid and funky verses for a minute, and you have an instant monster… providing all the samples can be cleared the right way of course.

This surfaced during the fully justified rise of ILoveMakonnen, whose barrage of magnetic hooks rendered everything in their periphery less than musically satisfying. Now the OVO deal has settled that dust, Key!’s inclusion of ‘TMZ’ on his FKi-produced, Heroes x Villains-presented F Key i EP allows us to appreciate one of the best melodies of the month from an artist that we feel is finally starting to get the recognition he deserves.

Since breakout single ‘Yayo’ dropped last year, Memphis rapper and Yo Gotti signee Snootie Wild has very quickly evolved into a combination of K Camp and Kevin Gates we didn’t know we even deserved. His new six-track EP is pretty much perfect and opener ‘Here I Go’ shows off the comfort and confidence with which this new breed of rappers are making ballads. And needless to say Nashville’s Starlito is always welcome in our ears.

Tory Lanez has been low-key killing it at the edges of the R&B lane that was opened up to the world with Jeremih’s Late Nights… mixtape a couple of years back, and this is his boldest statement yet. Noah Breakfast and Matti Free have created the perfect groove for Tory Lanez’ simple yearning and with that guitar lick pinning it altogether, this is the ultimate in music to blackout to.

Kodak Black’s Project Baby mixtape was overlooked when it came out last year but the Boosie-inspired Floridian is making some of the purest music out. ‘Switchin Gears’ recalls Project Pat’s ‘Life We Live’ and all the best Trill Ent album cuts. It’s also just genuinely heartening to know there are still artists out there who at least outwardly don’t seem like they’ve been overxposed to or overinfluenced by the internet.