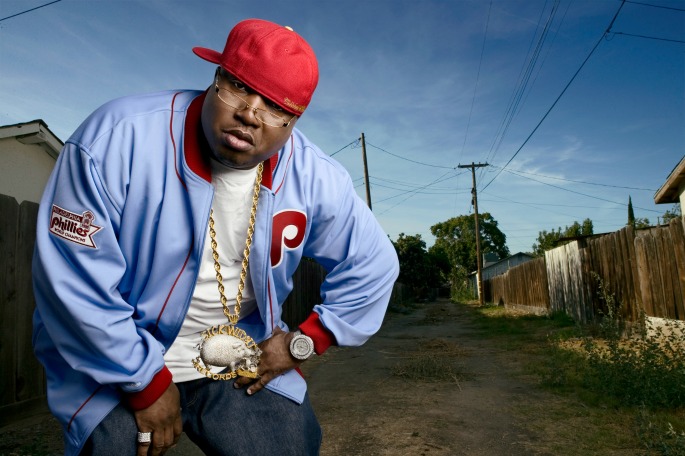 Unlike a lot of rap critics (and of course, SH would never refer to themselves as critics), they’re also about as unsnobbish as it’s possible to get, and are always trying to make things happen – they’ve been behind some of the most interesting rapper-producer hook-ups of recent years. Every month, they’ll be rounding up 10 hip-hop and r’n’b tracks that have got them in raptures – between this column and Chris Kelly and John Twells’ weekly mixtapes round-up, we should have all bases covered.

This month’s haul runs through a range of recent highlights, including glitchy excellence from Yung Gleesh, a clutch of killer Atlanta material, and a front-line report from Houston’s nebulous #Sauce movement. Don’t forget you can stream the Southern Hospitality Radio Show (which aired on November 7) here.

Yung Gleesh’s Cleanside’s Finest 3 mixtape has taken over our lives in a troubling way since it dropped in September. There’s just something very special about the one-man movement from DC, and ‘Wasabi’, which we’re expecting an official video for in the next few weeks, is his most fully formed single to date. Tearing through Boston producer Mall Did It’s militantly spacious, bass-forward beat like the Tasmanian Devil channelling Prophet Posse, Gleesh’s Pan-Asian cuisine-themed anthem is one of the most unique and uniquely hype songs we’ve heard in months.

There’s no track of the last month with as much knock, slap and just general forward motion as this. The evergreen E-40 lays down game, but it’s all about the off-hand and ice-cold vocal from Lyssi, who rides the beat in much the same way Dej Loaf is doing right now – and the reaction we’ve been getting to this in the clubs tells us all we need to know.

One of the biggest revelations of Southern Hospitality’s recent trip to Atlanta – our musical Mecca – for A3C Festival was that Memphis rapper and Yo Gotti signee Snootie Wild is the realest of real deals. We’d already been slapping his perfectly concise, single-heavy Go Mode EP for weeks, but when he jumped into a crowd of just 50 people in East Atlanta Village and made it feel like the only place to be that night, his legend was cemented in our minds. ‘No Kissing’, produced by No Speakerz/OH HI, is just irresistibly jubilant and, if he taps Gotti or Boosie for the remix, potentially one of his biggest songs to date.

PJ is already a certified songwriter, and her recent appearance on the Lupe Fiasco record pushed her above the parapet. Here’s the breakout song from her upcoming EP, and it’s been a while since we’ve heard someone so natural right out the gate. With the kind of melody and defiant message that Keyshia Cole has made a career off, this is authentic soul expression from top to bottom.

Future needed a street classic, and his recent mixtape Monster arrives as a perfect redefinition and refinement of his sound. ‘Hardly’ is one of those downtempo, spaced-out productions that recalls his Astronaut Status era, with the simple keyboard line and the knocking drums serving as the perfect soundtrack for emo-Future to do what he does better than anyone.

This record has been kicking around for a couple of months, but with every play and every minute that passes, it feels like it’s one step closer to being a huge one. From the opening bars, D.R.A.M. brings that familiar Virginia joy to this record, and his unashamed crooning is as inviting as his request to cha cha. The fact they’ve thrown a couple of familiar Nintendo sounds in the beat hasn’t done any harm either.

No Southern Hospitality chart would be complete without us hyperbolising about the mighty Migos. As we write this, their Rich Nigga Timeline mixtape has just gone full front-page splash on Live Mixtapes and ‘Wishy Washy’ is an early standout. Seriously, the way they narrow their pitch and tone down to a level that causes a lump to form in the throat, and just stay in that zone across verses and hooks, is transcendent. Greater than The Beatles in every conceivable way, as if that was ever in doubt.

One of the more depressing aspects of the modern rap career arc is when a potential one-hit wonder spends two mixtapes trying to gain back half the ground they cleared with that one song. Thankfully for club DJs everywhere, Ca$h Out has swerved that particular outcome by reinventing himself in 2014, pivoting from traditionally triumphant ATL rap fare into an anxious and captivatingly eerie falsetto over some of the most refreshingly minimal production of the year. Our latest favourite from his critically overlooked Let’s Get It album is ‘I Want The Money’. Test this in a club setting and tell us we’re wrong.

Rochelle Jordan is now firmly in the category of ‘next’. As well as working with Timbaland and others, she’s steadily releasing quiet storm jams like this that are solidifying her position as the R&B people’s champ. The subtle production from The Invasion’s Jay Ant just bubbles along and Iamsu! demonstrates to all rappers how to deliver a guest verse that truly adds on. Absolute bliss.

If you’ve been dipping into the depths of underground H-Town rap Twitter in recent months you may have noticed a growing number of water-drop emojis punctuating posts about “dripping with sauce”, being “sauced up” or speaking “Sauceanese”. Welcome to Houston’s extremely hard-to-define #Sauce movement. At the core of the craze is the coming together of Moe Gang and The Sauce Factory, two rap crews from the usually opposed North and South sides of Houston who have released a slew of songs over the last few months (Rodji Diego and Rizzoo of Moe Gang’s ‘Flava In Ya Ear – featured previously in our FACT column – being one of the best). But its Sauce Walka (one half of the Sauce Twinz – keep up!) who might have singlehandedly penetrated the wider H-Town rap consciousness with his show-stealing opening verse on Slim Thug’s version of Yo Gotti’s ‘Errrbody’. And new single ‘2 Legited 2 Quited’ is typically animated, hyperactive stuff from one of the most interesting new micro-scenes in the South. #SauceDat.