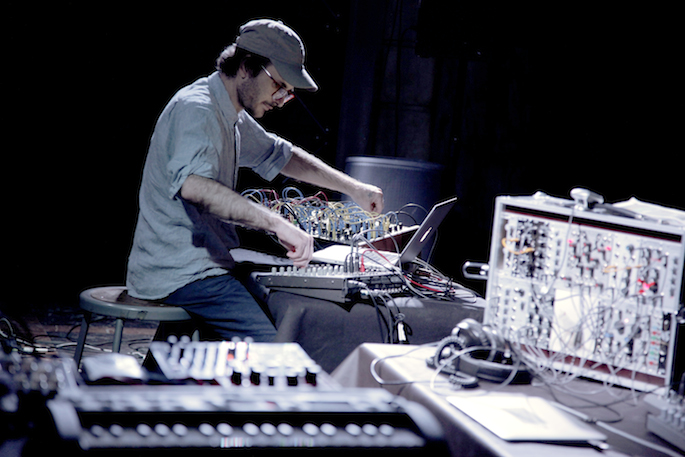 We survived the onslaught of year-opening ones-to-watch lists, and we hope you did, too. After weeks of sonic excavation, it’s always a relief to sit back with a longform mix. This week’s haul reimagines Cuban Santeria music, feeds UK garage nostalgia, explores the fantastical side of club music and more.

Experimental music veteran Ben Vida’s Tracers might be mixed, but it’s basically a proper album. It’s 40 minutes long, nine tracks and has a conceptual backbone that many big ticket releases couldn’t even dream of. You see Vida’s recordings are all based on Cuban Santeria recordings; he “traced” recordings from Conjunto De Tambores Batá De Amado Diaz Alfonso using MIDI, copying the rhythms in the same way you might have traced a picture when you were a kid, and the results are astounding. Vida fed the MIDI patterns into his modular synth setup, and allowed the beats and melodies to inform the direction of the pieces. Sometimes they sound as spiky and jump-cut as Mark Fell, sometimes they’re more pastoral and melodic. This is the first in a series of Tracer recordings from Vida, and we can’t wait to hear more.

For many of us, UK garage is as warm and reassuring as a hot cup of tea and beans on toast at mum’s; it’s a nostalgic pleasure, and one that isn’t going anywhere, thankfully. Spooky’s a reliable source of garage heat, and this mix is among his most enjoyable as he mashes together indisputable garage classics (‘Do You Really Like It’, ‘Boom Selection’, ‘Love Shy’, Bump ‘N’ Flex’s mix of ‘More than a Woman’) with wildcard picks like DJ Q’s destructive ‘All Junglist’ and his own massive ‘Baby’. Whether it’s a trip back to better times or just a history lesson, there shouldn’t be any reason to ignore this absolute corker of a mix. 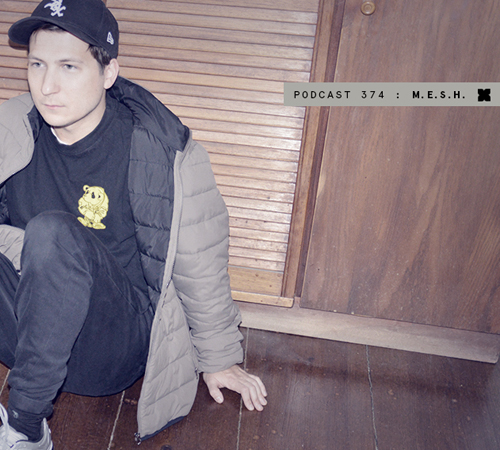 We’ve been massive supporters of PAN-signed Janus affiliate M.E.S.H. (aka Berlin resident James Whipple) for a while now, and he’s yet to let us down. He’s part of a growing number of innovative DJs unafraid to pull in influence from a disparate number of styles without drifting into the filthy “eclectic” arena, and he’s managed this by actually playing at parties – you know, to real people. He’s got an understanding for what works, and whether that’s Taskforce or Grovestreet sizzlers or reaching out to his own crew, dropping sick cuts from Rabit and Lotic, it all hangs together like a beautifully stitched quilt.

Perhaps no producer is more important to the sound of Atlanta hip-hop than Zaytoven; his twinkling keys and 808 wallop have soundtracked a decade of ATL hits, from Gucci’s ‘Icy’ to Usher’s ‘Papers’ to Migos’ ‘Versace’. And even in a scene where a new hitmaker is born everyday, he’s still going strong: his production is often the highlight of Future’s new Beast Mode mixtape. His FADER mix is a crash course in his catalog, as Zay expertly mixes his songs with Gucci, Nicki, Future, Migos, Shy Glizzy and more. Everything is here — in the words of his new biography — From A To Zay.

Ohio producer Druid Cloak’s unique approach applies the fantasy tropes of heavy metal and prog rock to the world of bass-focused club music. His latest, hour-long mix continues to explore both the narrative universe of his compositions and the sonic universe of his Apothecary Compositions label. Along with his own tracks and remixes, there are similarly-minded constructions by M.E.S.H., Sd Laika and Gage, along with artists like Gatekeeper and Yamaneko who have done a bit of world-building on their own. This is cinematic stuff – especially when he offers his take on the Psycho theme and mixes in Richard Band’s Re-Animator score.

French artist Philippe Hallais has released music as Low Jack for L.I.E.S., In Paradisum, Delsin, and The Trilogy Tapes, drawing on everything from Honduran music to French pop to the type of house and techno that made him a no-brainer for L.I.E.S. His mix for Juno Plus bears that same taste for wide-ranging musical experiments. An hour-long journey through his crates, this one is built for sitting back and getting lost. The tracklisting is vague at best, but for a sense of what to expect, Low Jack includes The KLF, Purveyors of Fine Funk and fellow French experimentalist Black Zone Myth Chant.