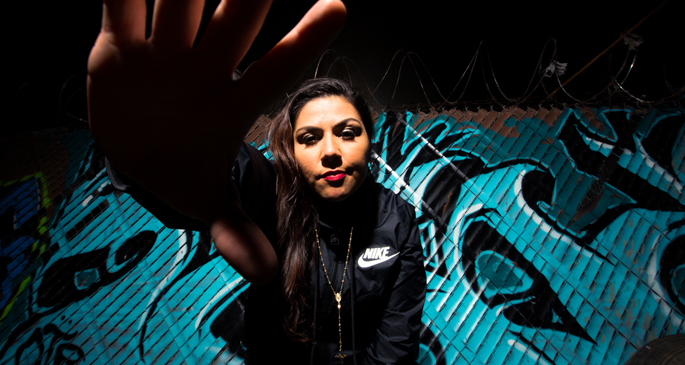 Unlike a lot of rap critics (and of course, SH would never refer to themselves as critics), they’re also about as unsnobbish as it’s possible to get, and are always trying to make things happen – they’ve been behind some of the most interesting rapper-producer hook-ups of recent years. Every month, they’ll be rounding up 10 hip-hop and r’n’b tracks that have got them in raptures – between this column and Chris Kelly and John Twells’ weekly rap round-up, we should have all bases covered.

Don’t forget to check the crew’s Club Anthems 2014 mix, their top 100 tracks of 2014 run-down, and their monthly radio show, which is going from strength to strength.

We’re not sure what’s more striking about pop-reaching Mississippi rap duo Rae Sremmurd’s ‘Unlock The Swag’ – the fact that it’s one of several outperforming highlights off their debut album SremmLife – the sum of whose parts might single-handledly have redefined the 20-teen rap album as an endeavour worth endeavouring for – or that it suggests their next project simply has to be comprised entirely of 2010-2011 Young L productions, which Mike Will does a perfect job of nodding to here. Either way this bangs and slaps harder than anything preceding it and the brothers Rae prove yet again that they can take anything thrown at them to its fullest potential. 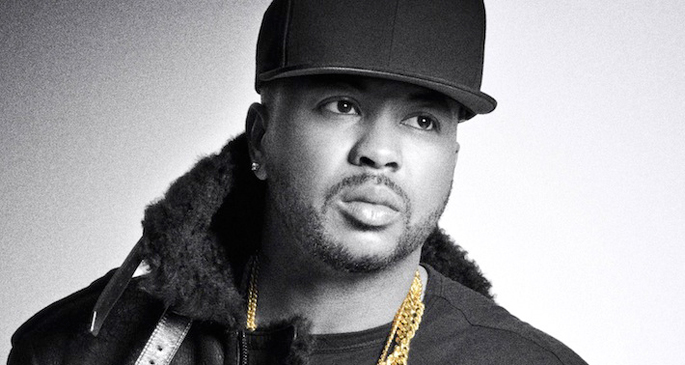 When The-Dream feels it’s time to release music, it’s always a time to celebrate. However, now that he’s back working heavily with Tricky Stewart once more, and free of contractual obligations to Def Jam, our excitement is difficult to contain. Especially when one of the first offerings from the upcoming Crown EP is a reminder of those melodies he was writing for people like Mariah Carey and Ron Isley a few years back (see the ‘Love Slave’ demo for reference). There’s little cynicism here; he floats over light drums, keys and guitar for the majority of the track, and once the lick returns for the hook we have that timeless Terius one more time.

Nothing feeds our soul more than the music of Pompano Beach, Florida’s Kodak Black, a rapper who manages to embody the spirit of early Boosie or the unknowing soulfulness of Oakland’s J. Stalin and, we must add, at 17-years-young delivers a lusher, better quality product than his 160kbps-peddling older peers. ‘Skrt’ is a clear standout from Black’s brand new Heart Of The Projects full-length; it’s probably only a very early milestone in his career progression, but right now just feels like one of the strongest musical moments of the year.

We were totally content with Houston’s Chedda Da Connect being something of a one-minor-regional-hit wonder, since that one hit – the immense ‘Flicka Dat Wrist‘ – will remain firmly in our club sets for many years to come. That his new Catchin Plays 2 mixtape is so undeniably good, however, is probably one of the most exciting revelations of 2015 thus far. ‘Fuck Nigga’ showcases his unhinged blend of man-baring-soul and man-excruciatingly-stubbing-toe to exemplary effect. It’s really all in the way Chedda sells it though, turning a technically unremarkable hook into something bordering on a ketamine trip.

Atlanta rapper, producer and The Ratchets group member Mr 2-17 might have indirectly hit your radar when his team’s submission to the short-lived Yeet dance craze flooded Vine. But his post-Yeet work is showing much promise too. This highlight from his recent Know What I’m Saying 2 mixtape – produced by 2-17 but credited to his homies 1UP Society – is a perfectly frantic blend of Travis Porter triumph and We Are Toonz craziness.

Nostalgia is a key element in the world of West Coast radio right now, but rather than flipping an old dance record like DJ Mustard, Raw Smoov takes on one of ’90s R&B’s defining a cappellas in Shai’s ‘If I Ever Fall In Love‘. It starts with the familiar hook line, and then the finger snaps and claps take hold, but it’s the introduction of one of the most elastic basslines in a minute that takes it over the top. DJ Carisma of course is the lynchpin of this whole scene and the perfect vocal from Cadence is thankfully one very much born of the movement.

It’s not easy being the running mate to the man, but Cap 1 has waited patiently alongside 2 Chainz for his turn, and after the dope ‘Bird Bath‘ got fully justified street buzz in 2014, his latest EP of the same name is now a key part of the T.R.U. re-up. This record, produced by the insanely underrated Will-A-Fool, is tailor-made for Cap 1’s cold-hearted bars, and Ty Dolla slides in much the way he did on Mila J’s ‘My Main‘, reminding us that few have a tone to compete.

Sometimes only some Nipsey will do, and most of the time those times are when you’re driving down an LA boulevard as the sky transitions from iridescent magenta to midnight blue to pitch black all in the time it takes for the song to start and finish. This is one of those times, and the Rozay-featuring ‘A Hunnid A Show’, off Nipsey’s Mailbox Money tape, is straightforward, unspectacular but blissfully luxurious rap at its best.

Southern rap is fully rediscovering its musicality and unsurprisingly Memphis artists are at the forefront of this movement. Moreover, Young Dolph just knows exactly what to do when given a Drumma Boy beat, leaving space and drama in every bar with his imperious rap timing. Throw Shy Glizzy on the second verse and its a wrap.

Working with people like Terrace Martin has planted Preston Harris firmly in what is best described as the traditional-but-progressive soul lane, a zone that’s been further helped by the D’Angelo album drop late last year. This team-up with Hit-Boy is his most fully realised record yet, with both parts holding a similar melody but the latter making way for the late-night aspect of love and lust.