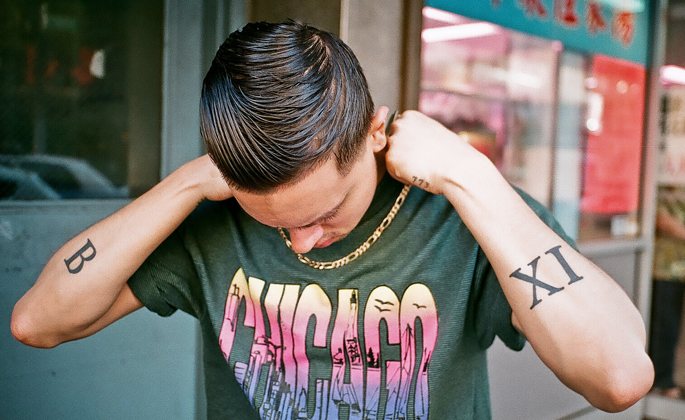 The East Coast survived the blizzard (mostly) in one piece, and what better way to keep yourself warm indoors than settling down with a nice long mix. This week’s selections certainly bring the heat, with Russian electronic experiments, new age grime accidents, celebratory rap bangers and plenty more.

Mix of the Week:
VIN SOL
THE CREEP SIDE OF DANCE MANIA

San Francisco DJ-producer / Soo Wavey boss Vin Sol returns with a sequel to last summer’s The Dark Side of Dance Mania mix with The Creep Side of Dance Mania. This time around, Vin has switched focus from the label’s infamous ghetto-house raunch-fests to the type of fathoms-deep, electro-tinged house and techno that the label also pressed during its 300-plus run. The 50-minute mix works its way through tracks from the legendary label (and possibly from their contemporaries and descendants), and as the mix hits its midpoint, the lights start to come on — but hands remain in the air and the party doesn’t stop.

Polish riser The Phantom (aka Bartosz Kruczynski) marks the release of his second LP for Silverback Recordings with an influences mix that connects the dots between early grime and DIY ambient, dub reggae and various strands of experimental electronics. Kruczynski facetiously calls it “tracks from the ’80s that accidentally sound like grime,” and the pneumatic rhythms, uneasy atmospheres and ice-cold synths certainly invoke the London-and-beyond sound. Recommended for fans of Mr. Mitch, Yamaneko and Dark0: artists who also view grime through a prism of new age and soundtrack music.

If you’ve spent any time at all flicking through FACT over the last year or so you’ll no doubt be well acquainted with the Southern Hospitality crew. The trans-Atlantic rap obsessives have been putting together their Players Ball night for four years now, and they’ve suitably put together a mix of up-to-the-minute bangers to prove it. It’s all killer, no filler here (as is to be expected) – with highlights firing off quick and fast, from Bay Area Godfather E-40 to breaking Southern talent Sauce Walka.

Mysterious London-based d’n’b operative Xero throws together the third in a series of mixes cutting together some of the finest bass-heavy face melters we’ve heard in a while. A bit of digging might reveal more information as to the producer’s identity, but who really cares when the tunes are this good – all we can say is that it’s most definitely the work of someone who’s been around a while. And that’s a good thing.

The FACT favorite returns with his first DJ mix in over a year and it’s well worth the wait. As always, the 50-minute set is loaded with the kind of rap and R&B we want to hear in the club (and everywhere else, to be honest), with plenty of Brenmar’s originals and remixes, including choice cuts from his just-released Fool’s Gold EP Award and beyond. Along with the club hits you need to know, stay tuned for new ones by Trap Door and Celestial Trax and stellar blends by Dubbel Dutch and Tastetester.

Russia isn’t exactly the first place you’d look for outsider house – yet at least. Those smart folks over at the Boiler Room have tapped the Russian Gost Zvuk imprint for some local knowledge, and this mix provides a rare porthole into a world we rarely get to witness. If you’re not well versed in Cyrillic ignore the tracklist, but expect to hear a worthy collision of abstract electronics, faded house and cavernous warehouse techno.