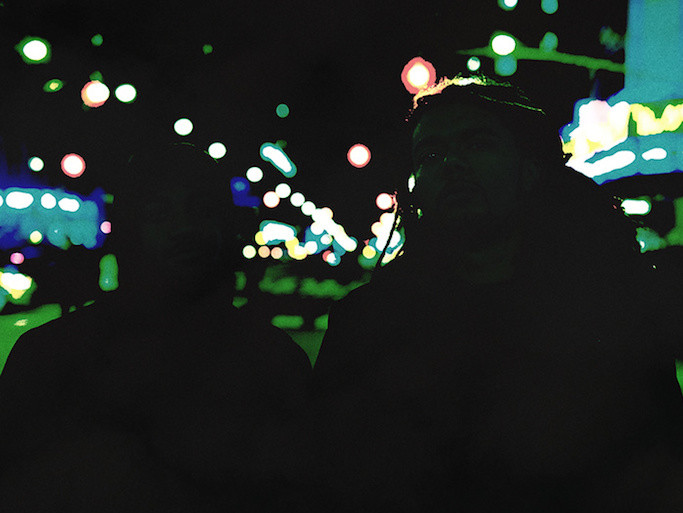 As is often the case, Atlanta is dominant in the round-up, with four out of six tapes coming from the capital of the South, with Houston’s BeatKing and Chicago’s Matti Baybee adding some geographic — and sonic — diversity. 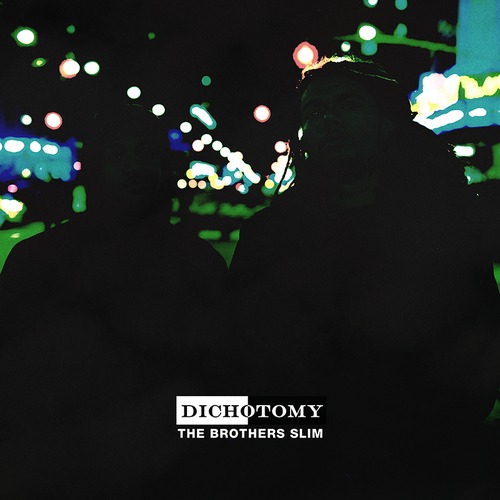 Pick of the Week:
THE BROTHERS SLIM
DICHOTOMY

This is one we’ve been waiting for: the pairing of Awful Records rappers RichPoSlim and Archibald Slim. Not just because “The Brothers Slim” is a clever tag-team name, but because we knew their styles — Po’s big-mouthed brashness and Archibald’s half-lidded, deliberate attack — would be perfectly complementary. Plus, with production by KeithCharles SpaceBar, we were assured spacey, post-boom-bap that is at turns aquatic, electric, elastic and pneumatic.

Dichotomy doesn’t disappoint on any of those counts, and rather than showing “two sides of every story,” the pair are on the same page throughout. ‘Pay Me’ distills Awful’s never-ending grind and fuck-you-pay-me ethos into an anthem; ‘PCP’ and downtempo flip-side ‘Vices’ extoll the virtues of — in total — pussy, pills, cocaine, money and weed (naturally). It’s not all fun and games, though: ‘Barrio Blues’ sees Team Slim finishing each others sentences and admitting that the Awful life has its downsides. 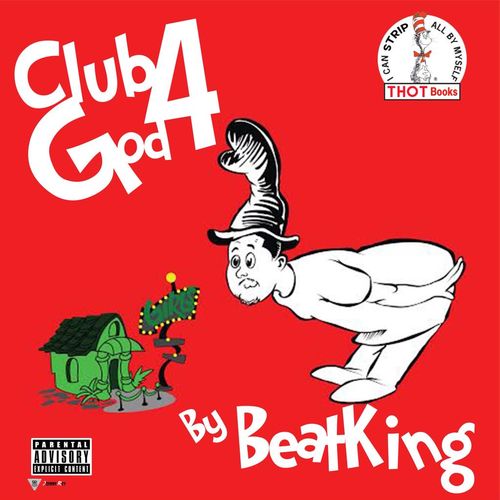 So here it is, BeatKing’s fourth Club God tape, and one which he acknowledges (on the album’s straight-talking closing monologue ‘Nervous (Outro)’) is being examined by a totally new audience – the “white underground.” Thankfully, even though he reveals that he chose to re-write the tape following the success of last year’s acclaimed Gangsta Boo collaboration Underground Cassette Tape Music, BeatKing’s inimitable style is unchanged. He opens with the now-expected nod to Triple 6 Mafia, rewiring the Memphis crew’s genre-shifting ‘Tear Da Club Up’ and renaming it (somewhat hilariously) ‘Tear Da Club God’. The only negative however is that it’s too brief a pleasure – at 1:40 it barely gets started before we’re launched into ‘Lit’, which pairs the rapper-producer with rising star Sancho Saucy of Houston duo Sauce Twinz. 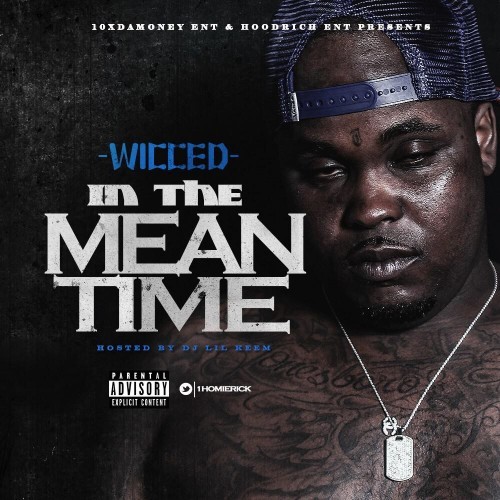 MPA WICCED
IN THE MEAN TIME

Peewee Longway associate MPA Wicced has had a busy year already; in January alone he released two mixtapes, the collaboration-focused Blue Diamond and this one, In the Mean Time. While its predecessor included a line-up of Atlanta regulars – Young Thug, Gucci Mane, Migos, Young Dolph, Rich Homie Quan and of course Peewee – In the Mean Time is more bizarre, more singular affair. The production throughout is tense and unpredictable, mostly handled by Trauma Tone and Melvo Shawty, while Wicced proves he’s got the charisma to handle a tape that’s lacking banner features.

Web Made-produced ‘Wicced City’ is worth the asking price alone: a slithering, gravelly banger anchored by Wicced and sparring partner Dat Boi Dad’s drunken tones. Elsewhere ‘Get Money’ takes a Future blueprint and reframes it for a 2015 club setting with choppy vocal snips and synth bonks that wouldn’t be out of place in a Newark sweatbox. Best of all is ‘Sun Roof’, which finds Wicced rapping alongside euphoric major-key synths that wouldn’t be out of place on a Dark0 record. If you like your Atlanta rap to take risks without losing its bite, this is the tape you need. 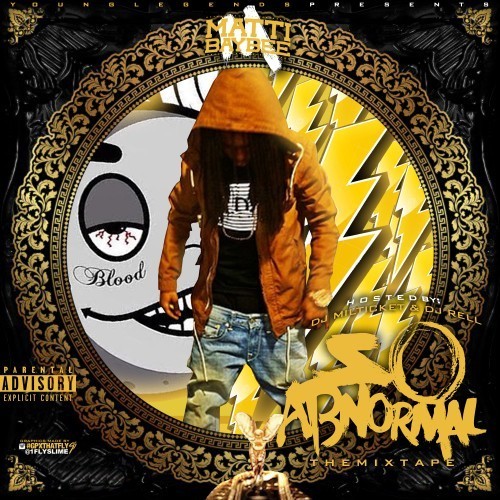 Sure, he might have first caught our attention as Chief Keef’s cousin, but with So Abnormal, 17-year-old Matti Baybee is firmly out of his infamous relative’s shadow (even if he does turn up on the orchestral ‘Michelin’). With the auto-tuned melodies and synth-splattered productions (if not always the tempo) of bop, plus the teenaged topics of his lyrics, Matti finds a third way between Keef’s recent weirdness and Sicko Mobb’s brilliant exuberance.

So Abnormal balances bop anthems like ‘All That’ (helmed by Sicko Mobb producer Mudd Gang) with more downcast material like ‘Numbers’; alongside fellow youngins Lil Mouse and Shy Glizzy, Matti is reminiscent of King L and Durk at their most depressed. There are even straight dance tracks: the four-by-four ‘Invite’ outpaces Durk and Young Thug’s uneven ‘Party’. Plus, some of the tape’s best tracks — ‘Told You’ and ‘Legendary’ — are produced by early Keef collaborator Lil Kenn, a key part of the Chicago rap renaissance. 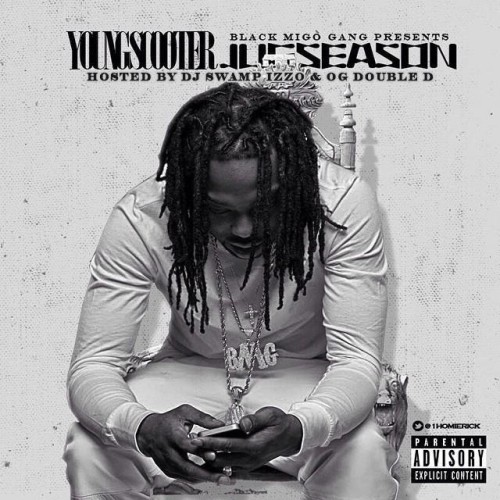 It was thanks to the success of ‘Columbia’ that Young Scooter broke out of Atlanta into the wider world, but since 2013’s excellent Street Lottery (one of that year’s best tapes) the beleaguered rapper hasn’t really managed to recapture quite the same fire. That was partly down to a short spell behind bars – the patchy From The Cell Block To Your Block was released while Scooter was still incarcerated – but when Street Lottery 2 finally emerged it didn’t hit anywhere near as hard as most of us expected and its followup 80s Baby was equally as disappointing.

Thankfully, Jug Season fares much better than its patchy predecessors – there’s no all-star cast but Scooter doesn’t need it; he’s best when he’s left to his own devices, recounting sun-baked street tales with a hoarse sincerity that only serves to drive home his toe-curling home truths. Early highlight ‘Cocaina Mota’ brings to mind the best moments of mentor and collaborator Gucci Mane, while ‘Never Hide’ reminds of the melancholy power of Kevin Gates and the DJ Mustard-produced ‘All With Me’ proves he can still rock a club. Jug Season isn’t without its problems – it’s five tracks too long for a start – but it’s a step in the right direction for Scooter. 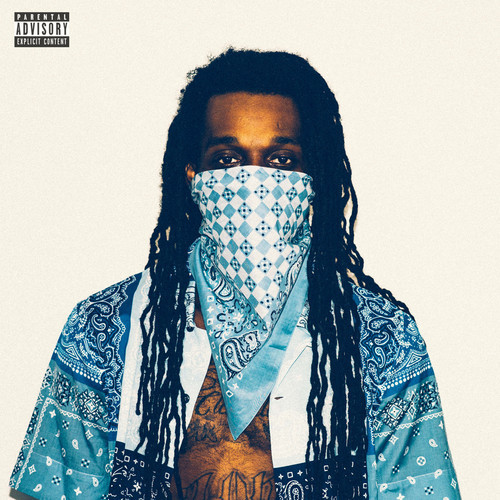 While we try to keep the Rap Round-up focused on the past few weeks, we occasionally need to go further back to catch up on something we missed the first time around. In this case, it’s the debut tape by Atlanta up-and-comer 31, Scale Tales (that — like Sicko Mobb’s Super Saiyan before it — was quietly dropped on New Year’s Eve).

Opener ‘Crooks & Castles’ turns streetwear into street tales and sets the tape’s tone early: “This that no father-figure shit.” Indeed: this is some of the hardest, no-fucks-given Atlanta trap we’ve heard in a while, more than living up to its Scale Tales title. 31’s raps with a bloodthirsty intensity that sells lines like “true to the shit, No Limit / everyday I C-Murder” that wouldn’t ring true in less capable hands.

Musically, there are the horror-score melodies (‘Big Worm’, ‘Casper’) and spacious strip-clubbers (‘D Rose’) that dominate Atlanta rap, but 31 and his producers also take some chances: ‘I Ain’t Right’ pairs him with sweetboy Mo Safren, while ‘Izeka’ screws-down a piano ballad by an American Idol contestant. There’s even a bit of wake-and-bake storytelling in the Metro Boomin-produced ‘6am & A Blunt’. Like we always say: better late than never.