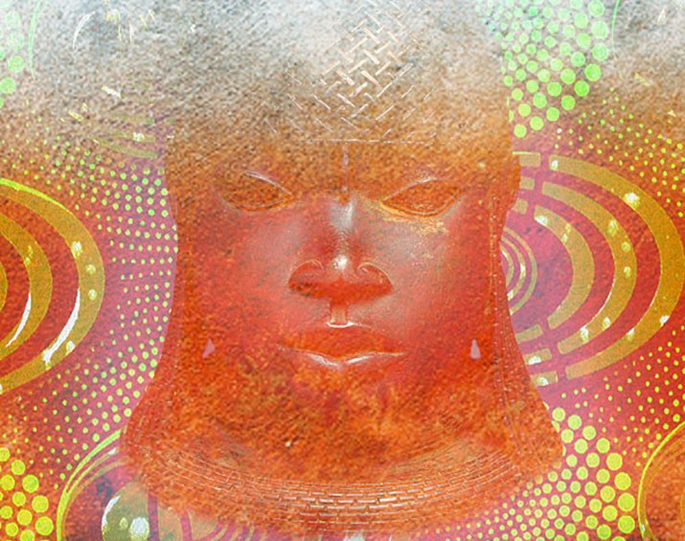 So it’s still freezing cold, with mountains of snow lining the sidewalks but the free tunes are coming thick and fast. This week’s bounty is particularly worthwhile, with floor-wrecking club bangers, 6-train dance soundtracks, a deliriously well-selected blend of Afrofuturism and loads more. You know what to do by now.

Mix of the Week:
Oyinboy
My Body Full of Stars – An Afrofuturism Mixtape

A mammoth project embarked on by Irish-Nigerian writer and sociologist Emma Dabiri and journo-cum-DJ/producer Ian McQuaid, My Body Full of Stars is billed as a multimedia piece with an essay by Dabiri and an hour-long mix from McQuaid, both based around concepts of Afrofuturism. Dabiri writes “Afrofuturism carves out a space for black people to write ourselves into speculative pasts and futures, to reimagine our identities beyond and before human history and form.”

This is highlighted by McQuaid (working under the Oyinboy moniker) with tracks from Sun Ra, Drexciya, Missy Elliott, LTJ Bukem, Deltron 3030 and more, all blended with expertise and what sounds like a deep understanding of the subject matter. Snippets of speeches and interviews from Sun Ra are littered throughout, weaving a narrative through the eclectic set of sounds and giving the mix a levity far beyond usual free Soundcloud fare. An essential download if ever there was one.

Extended Family is a new mix series that looks to “chronicle the vibe” of Washington, DC’s house, techno and experimental electronic world, a scene repped by local labels Future Times, Peoples Potential Unlimited and 1432 R. First up in the series is Mike Petillo, one half of both Future Times and Protect-U. Frog In The Coffee Pot is the type of cosmic crate-digging journey that we’ve come to expect from Petillo and company, as he meanders through New Agey synthscapes, lo-fi detritus, and dubbed-out reggae, pop and freestyle before settling on a handful of timeless grooves that traverse house, garage, techno and beyond.

Freerotation resident and UntilMyHeartStops boss Leif Knowles provides the latest jammer for Truants and it’s a low-key corker. This isn’t your hastily-prepared Serato blend, Leif instead raids his no-doubt estimable collection of wax to weld together a selection that trudges through speeded-up trip hop, narcotic house and molasses-slow techno with the grace of a Russian ballet dancer performing Swan Lake. It’s a reminder of just how creative the craft of DJing can be, and while Leif admits he might have been a bit heavy on the reverb (not a problem here at FACT HQ) there’s a sound conjured up here that’s more singular than most “proper” full-lengths.

Jersey original DJ Tamiel presents a mix that does what it says on the tin: Throwback Club Music is a journey through the classics of Brick City club music, a Baltimore-Chicago-Jersey hybrid that Tameil spearheaded. This is hands in the air, ass on the floor music with all the irresistible kick patterns, Pavlovian breakbeats, call-and-response vocals and old-school samples you’d expect. With a veteran’s touch, Tameil goes from East Coast club classics to ghettohouse freakniks without missing a beat.

DJ Rueckert’s Classical Trax is something of a proving ground for up-and-coming producers working on the fringes of regional club styles. Here he gets to flex his black book in an hour-long mix for Thump and it’s just as neck-snapping as you might hope, drifting smoothly from Baltimore through Jersey and over the Atlantic to London and beyond. Typically for a mix like this there’s no tracklist, but you can guarantee it’s brimming with producers you’ll be hearing much more from over the next few months.

New York duo Hann (comprised of 18-year-old producers Chris Designs and Lil Live) make litefeet, the 100 BPM tracks that soundtrack the millennial dance culture of the same name (those New York subway acrobats are litefeet dancers). The duo’s 45-minute, 35-track set for Mixpak’s always-essential podcast series is an intro to litefeet, entirely built from tracks they’ve produced or remixes. For an idea of what to expect, think high-energy loops built from bits of throwback rap with touches of R’n’bass effervescence, dembow grooves and anything that hits their sampler.