“I credited her what u want me to do ? Eat her out and massage her boobs at the same time as well?”

Diplo has responded to take down requests with a flurry of sexist and misogynistic taunts after incorporating a gif by Brooklyn cartoonist Rebecca Mock without permission. The producer released a short Instagram video incorporating some of the artist’s work which prompted Mock to respond via Twitter.

Rather than taking the video down, Diplo added a name credit for Mock on Instagram while taking to Twitter to drop in a series of taunts and misogynistic comments. He has since deleted some of the tweets – including one that read, “how about u open wide your mouth and massage my balls with your tonsils..also your blocked” – though some are still viewable as screencaps. 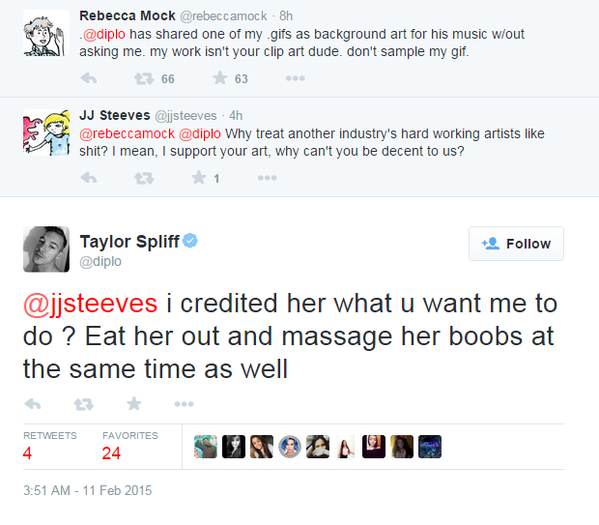 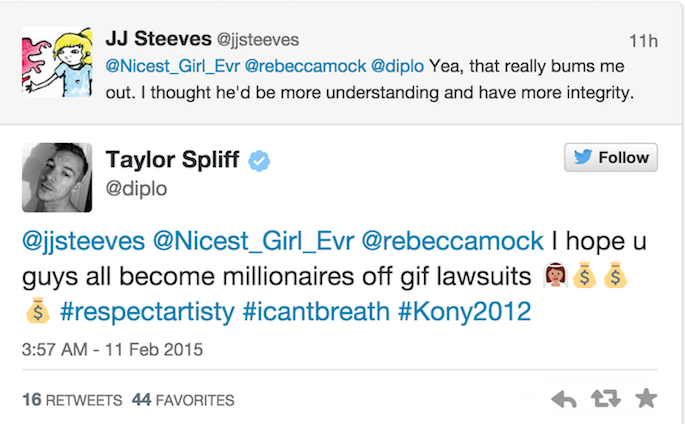