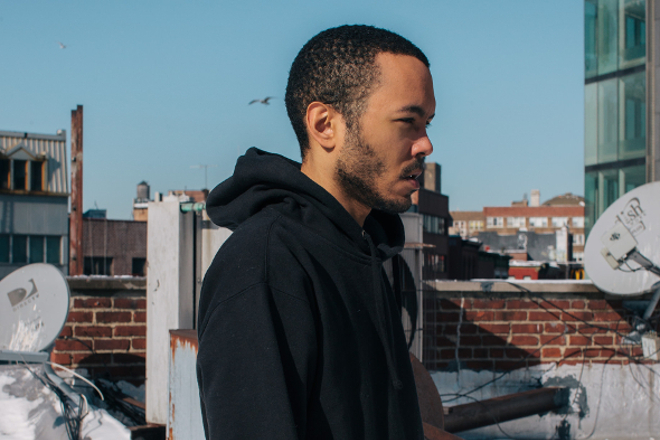 Each week, we trawl through the untamed world of free mixes, radio specials and live blends so you don’t have to.

Mr 100% covers all bases in his two-hour Rinse slot, kicking off with a selection of lysergic analogue deepness that chimes with his own brand of seductive house, including some unreleased material (check the gorgeous ‘Don’t Let A Good Mind Go To Waste’), before cranking up the tempo in the second hour with the likes of Young Male and Max McFerrin plus some vintage breaks and glitchy techno tomfoolery. He’s got quite the radio voice, too. Galcher. Lustwerk. Galcher. Lustwerk.

M. Ashworth
Blowing Up The Workshop 41

Once again Blowing Up The Workshop comes up trumps, delivering a killer mix of esoteric sounds from another unsung figure from the avant-garde. M. Ashworth runs the dormant Carnivals label, responsible for the first full-length LP from Hype Williams back in 2010, and his 43-minute selection blends afrofuturistic techno, ’90s hip hop, ambient, Japanese synth pop and more with his own skewed dub productions. It’s an eclectic mix for sure, but also one that makes complete sense taken in one indulgent sitting.

We’ll take any chance to bask in the simmering glory of a mix from Future Times boss Max D, especially when it’s filled with unreleased heat from the label and its closest friends. Recorded to celebrate the breaking of spring, it’s filled with abstract house rhythms, deep and bubbling synth textures, and under-the-radar ’80s party jams. There are plenty of young producers following in the footsteps of Max D, but this mix is a timely reminder that nobody does it quite like him.

It’s not often we come across a mix of third-eye-opening Antipodean psych rock nuggets for the round-up, so this unorthodox bundle of vintage oddities had to go in. The Amorphous Androgynous (also known as British electronic duo Future Sound of London) hop from blasted Hendrix tributes to cosmic jazz to twisted folk spanning the sixties to the present day; all fantastic, and all would have been canonised in the Nuggets lineage if only they’d been made on the other side of the world. There’s more, too – the mix is a taster of a new double CD compilation, A Monstrous Psychedelic Bubble (Exploding In Your Mind) – The Wizards Of Oz, which seems like an essential purchase.

Shelter producer and invisible man Moiré knocks it out of the park with a mix for Electronic Explorations that wastes no time getting into the good stuff, which in this case means a bundle of wheezy, scrunched-up house joints wobbling along on ketamine legs. Steel yourself for in-the-red bruisers from Delroy Edwards, Lee Gamble, Levon Vincent and Omar-S.

Sweyn Jupiter recently contributed his keyboard skills to Bok Bok’s ‘Papaya Lipgloss’ single, adding a breezy touch of soulful melody to the Night Slugs boss’ bass-heavy production. As his contribution to the Hyponik mix series shows, he’s also a pretty good DJ. Kicking off with an instrumental remix of R&B veterans Jodeci, he works his way through a Dizzee Rascal instrumental, danchall from Busy Signal, contemporary club sounds from Neana and more. Bonus points if you can spot the Pitbull instrumental towards the end.