The GO:KEYS lets you play whole musical phrases by pressing a single key.

Roland has introduced a new keyboard aimed at beginners that it claims will allow anyone to make full songs, no matter what their ability level.

The GO:KEYS can be used as a standard keyboard, but it also includes a function Roland calls “Loop Mix”, which allows you to trigger loop phrases from a single key press and build songs in real time with drums, bassline and melody. It’s capable of saving up to 99 songs on the built-in memory.

It also features performance pads above the keys that can be used to manipulate pitch, modulation and filters, and add roll effects. The keyboard is also Bluetooth enabled, allowing you to connect to your phone and jam along with any music you want. 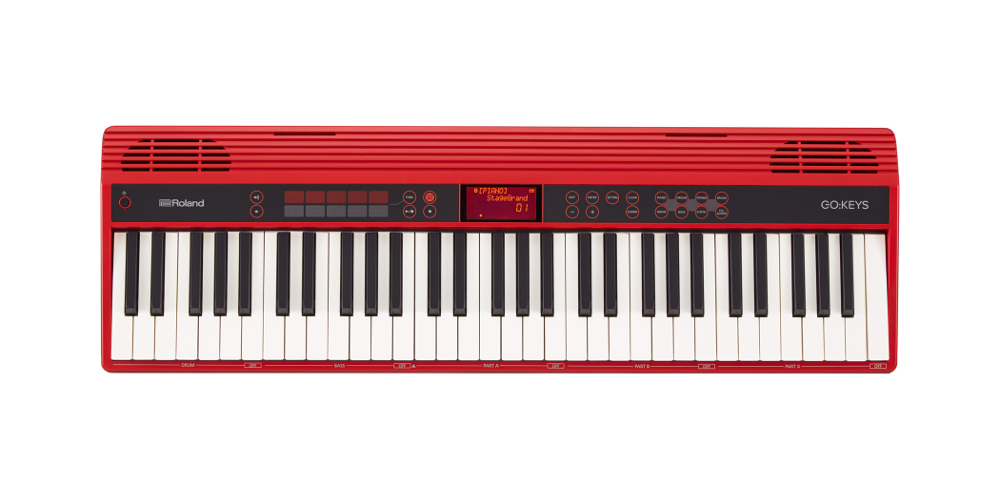 While it’s aimed at beginners, it also seems to be suitable for musicians that like to make music on the go: it can be powered by a mains adaptor or 6 AA batteries, and it even has built-in speakers.

The keyboard includes over 500 sounds on board created with Roland’s synth range, including piano, synths, brass, strings and other instruments. The GO:KEYS is accompanied by a piano version called GO:PIANO, which has 61 keys and is designed to feel more like playing an acoustic grand.

Roland has also announced a palm-sized mixer as part of the same range, GO:MIXER. It allows up to five instruments to be recorded into a smartphone at the same time, and is aimed at DIY video producers.

There’s no release date for either model yet, but according to Music Radar the GO:KEYS will cost $299, with the GO:PIANO $329. 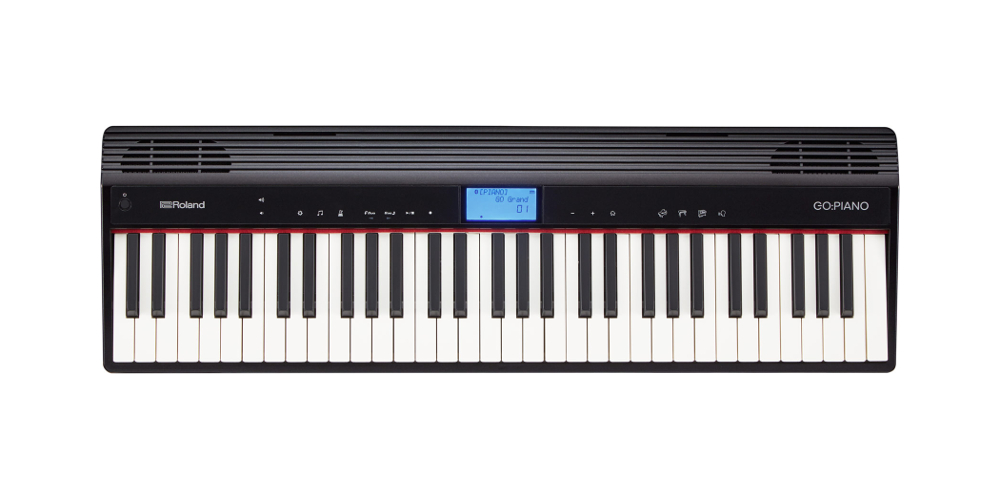