Features I by Claire Lobenfeld, John Twells and Scott Wilson I 31.01.17

Seven nostalgic rave movies that are crying out for a sequel

With T2 Trainspotting in theaters and a sequel to Human Traffic on the way, the rave era is finally due for reappraisal. Fight through bad flashbacks and awkward memories with us as we pick out the rave movies that (might) deserve a contemporary comeback.

The ’90s don’t feel that long ago: Tony Blair greasing the crowds with a promise of ‘Things Can Only Get Better’, Bill Clinton attempting to cover up his sexual misconduct with the eyes of the world watching. The soundtrack was jungle, hardcore, house and techno; the internet was treated like a passing fad but AOL was already changing culture; the economy was booming; CDs seemed like a solid investment.

The cinema reflected this era of youthful indulgence. The release of T2 Trainspotting has reminded us of that unfounded optimism and with a sequel to Human Traffic primed to do the same, here are another seven nostalgic rave movies that could be next.

Click on the movie title to watch a trailer. 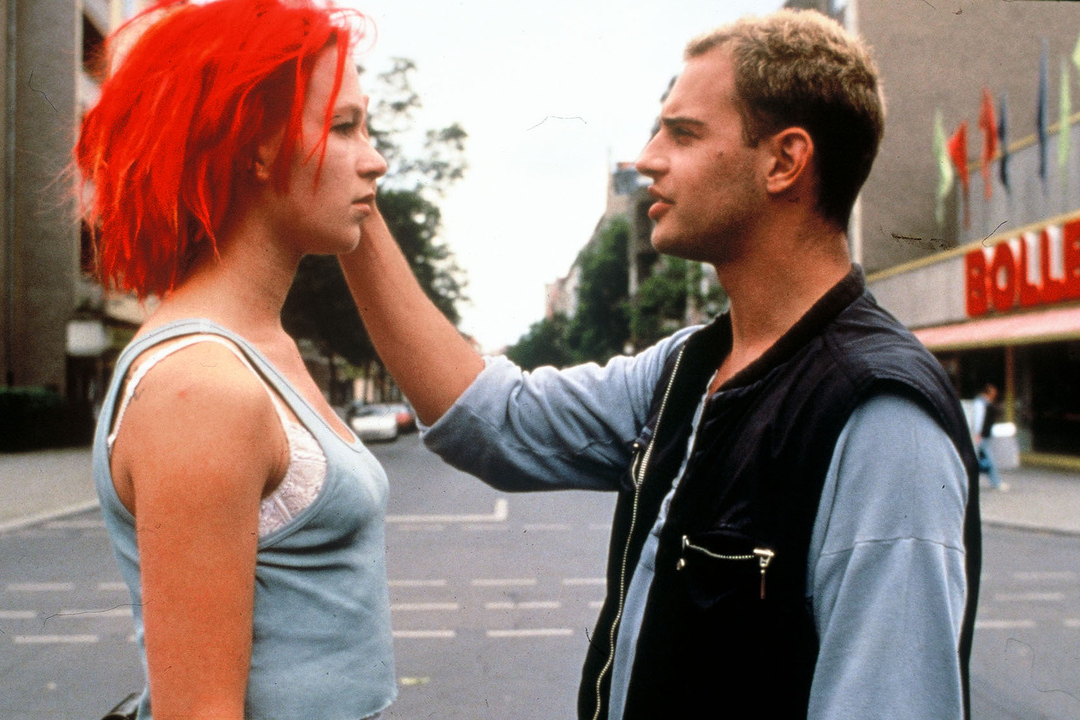 The exact premise of Tom Tykwer’s influential Run Lola Run is arbitrary. It’s basically an 80-minute long conceptual techno video with Tykwer’s banging soundtrack mirroring the film’s action and informing it. The rattling, repetitive rhythms act as a backbone for the film’s themes of destiny, free will and repetition.

A sequel would need an updated soundtrack and we’d suggest swerving the “deep v” house that’s plagued Europe since Disclosure slithered out of their test tubes. A better alternative would be the combative, inclusive and urgent global club of NON, Discwoman and N.A.A.F.I. A heist wouldn’t make sense, either. We reckon Lola could be forced into anarcho-terrorism, fighting against an authoritarian government that’s attempting to strip her of her rights as ramshackle DIY techno blasts out of her Bluetooth earbuds. Fight Lola Fight. 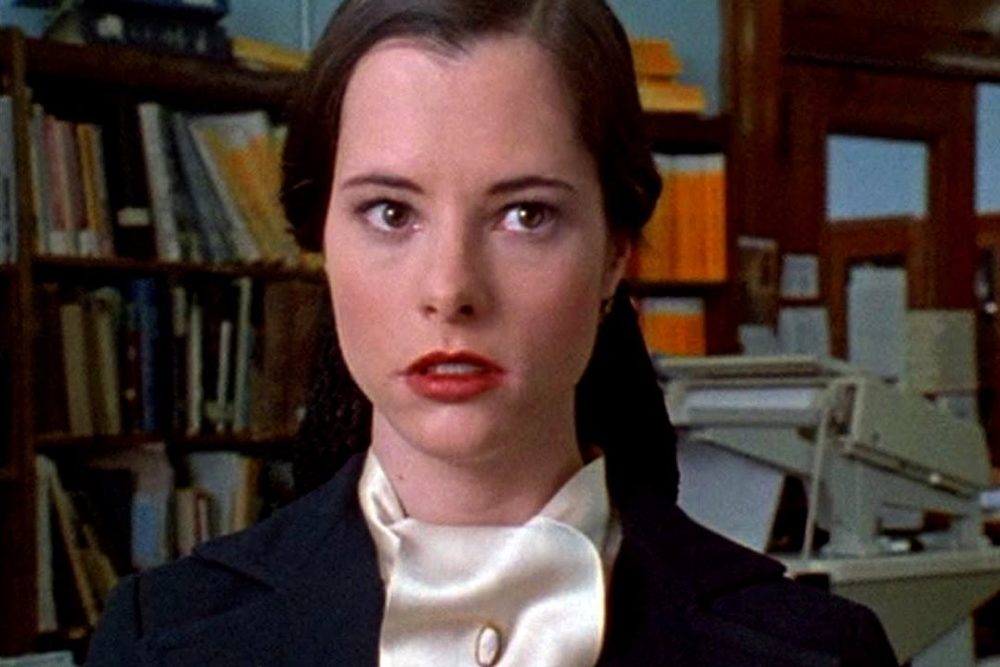 Let’s get one thing out of the way first: Party Girl is still a pretty spot-on reflection of New York’s underground dance scene. (Door-to-the-floor ethos? Check. Not overrun by white people? Check. Everyone serving looks? Check.) But what is Parker Posey’s Mary doing now? At the end of the film, she had committed herself to working in a library while still loving, albeit differently, nightlife.

In Party Girl 2, Mary has a daughter (and is now wed to her falafel cart-owning boyfriend Mustafa). Their daughter has a love of literature and a respect for the world, as taught to her by her parents, but nothing outside of school has ever interested her. As she rounds out her sophomore year of college, she goes into hyperdrive to prepare for the impending real world… and burns out.

If the ’90s were about finding a minimal way to keep yourself afloat while still getting to “have a life”, then the struggle in Party Girl 2 is learning how to let go while being perennially afraid you’ll never have anything. 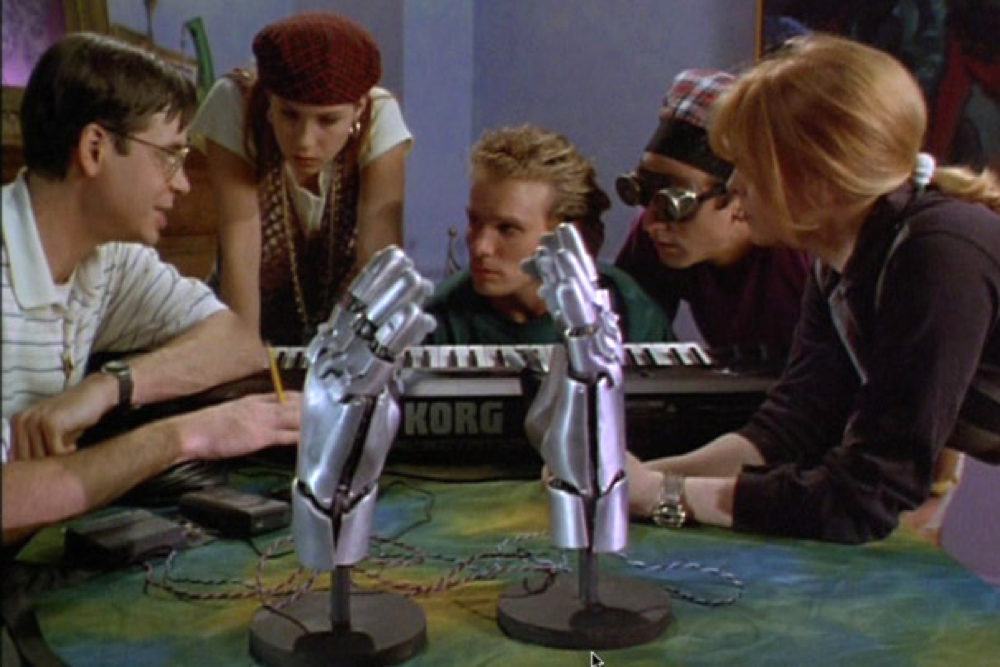 Daft Punk were the first dance music act to wear masks, right? Wrong. Twin Peaks star James Marshall beat the robots to it in 1996 techno-sploitation flick Vibrations. Even if you haven’t seen Vibrations, you’ll almost certainly have seen the “do you know anything about techno?” explainer scene, which is still the absolute worst example of electronic music committed to celluloid.

Marshall plays T.J. Cray, a rising rock star whose career is quite literally cut short when his hands are severed by a gang of drunks operating a digger, trading his dreams for hard liquor and a life on the streets. One day, he awakens in a warehouse rave and is taken in by Christina Applegate, whose friend Geek (yes, seriously) gives him mechanical keyboard-playing hands and turns him into costumed techno sensation Cyberstorm, culminating in a triumphant final performance.

If there’s a rave movie crying out for a Creed-style sequel, it’s Vibrations. 20 years after his first gig, Cyberstorm has taken over the world with his “polygon” live show and settled into a life of sci-fi movie soundtrack work and disco team-ups with Pharrell Williams. One day he stumbles upon a down-and-out EDM DJ – who just happens to be the son of one of the drunks that cruelly took his hands 20 years ago – and decides to let go of the past, helping him become a Tomorrowland-headlining star.

While Zac Efron’s We Are Your Friends tells much the same rags-to-riches story, the Vibrations sequel takes a darker turn when Cyberstorm’s protégé laments his lack of augmentations and decides to have his Rekordbox crate uploaded directly his brain and USB drives implanted into his fingertips as part of an experimental procedure. Will Cyberstorm be able to bring him back from the brink of madness in time for the show of his life, or will his arch rival (played by Deadmau5) take his place? 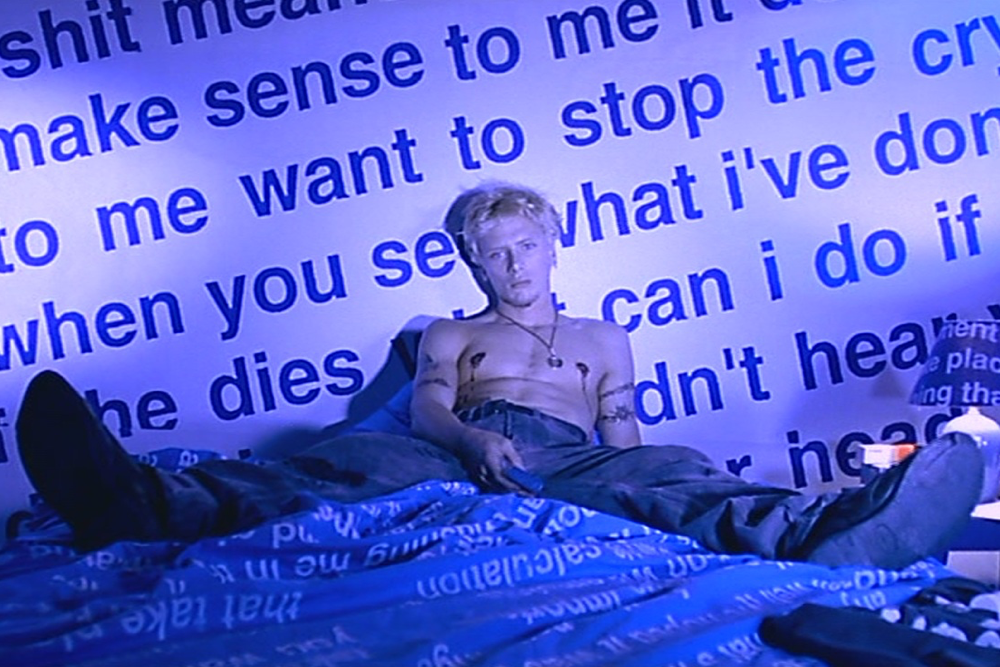 If you look at Gregg Araki’s Nowhere with 2017-colored glasses, you could describe it as Stranger Things, but for the raver set. A wayward group of LA teens are searching for a good time across technicolor warehouse parties, settling simply on a drug-fueled game of kick-the-can (all of which is spoiled by aliens, duh).

While the film is primarily concerned with weaving narratives of multiple characters over one night, one of the things Araki said at a screening in Brooklyn back in 2001 was that what appeals to him most about Nowhere is how he was able to cast it with a host of up-and-comers and stack the periphery with just so many pop culture figures. At the time, those cameos were by casted by Rose McGowan, Shannen Doherty, Traci Lords and John Ritter, as well as Christopher Knight and Eve Plumb from The Brady Bunch. He noted that because famous people live in your head, it’s easy to accept them as someone’s parents, or whatever, because you feel like you know them. 20 after Nowhere was released, Araki’s ideas have sort of come to pass: a reality TV star is now the President of the United States. Although, perhaps, this time the aliens make me a welcome invasion. 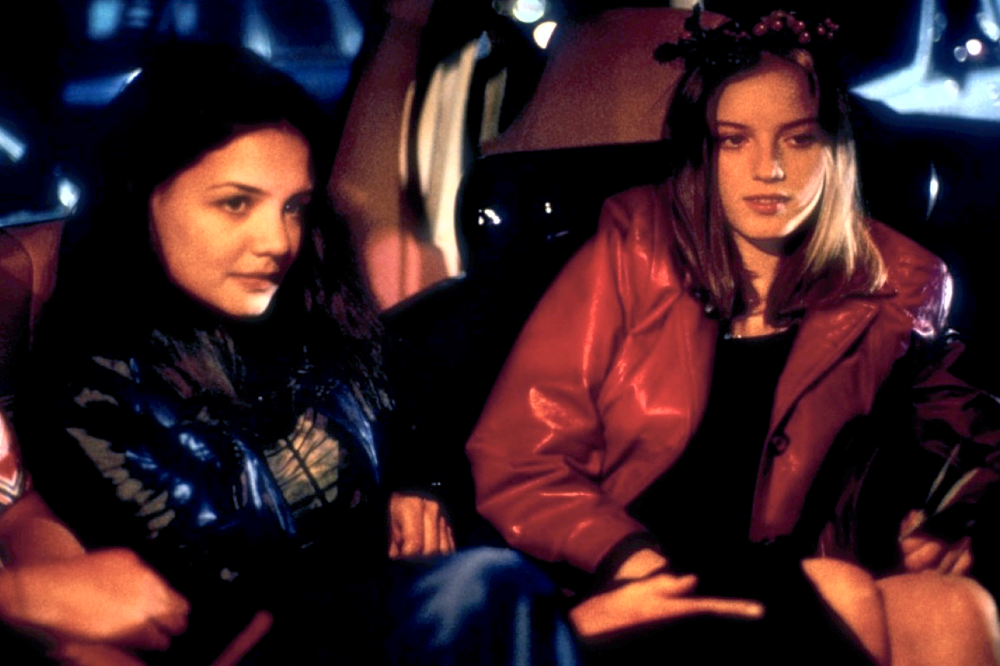 Doug Liman’s vivid, fast-paced Go spoke to a younger generation in 1999. Its multiple storylines, groups of hip characters and rave scenes felt like a small offering to those of us who had been waiting for mainstream culture to catch up. Thanks to the original’s smart narrative devices, a sequel could easily revisit the original characters while concentrating on building up new ones.

While the first movie was blessed with a pumping original soundtrack from progressive trance don BT, this one would be scored by ginger personality-vortex Ed Sheeran because everything sucks and that’s apparently what people like to listen to these days. 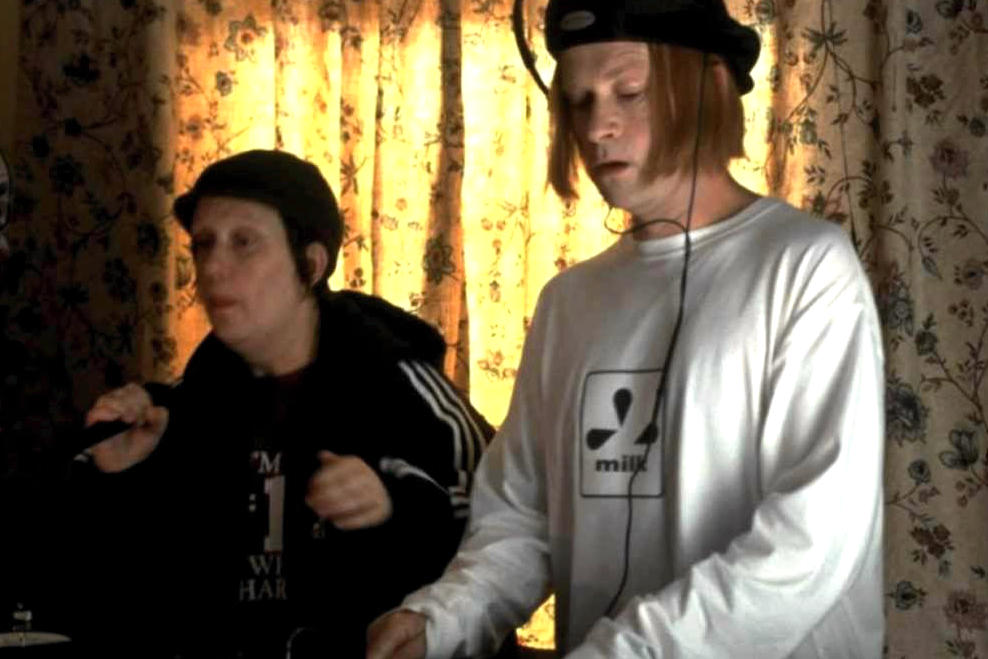 If Kevin and Perry were supposed to be 15 years old back in 2000 when Kevin & Perry Go Large curled its way to theaters, they’d be 32 now. We can only assume that in the 17 years since they headed off to Ibiza to become DJs, they’ve snorted their way to blog-house stardom, smoked their bodyweight in Spice, become “sick of it all” and written an ambient record, then probably ended up penning articles much like this one.

A potential sequel could detail the duo’s enlightening trip to Eastern Europe (depressing extra-marital sex! Factory-strength amphetamines! Pierogies!) and conclude with their invigorating panel on the awkwardness of rave nostalgia at some highbrow festival or other – Kevin & Perry Go To Unsound? 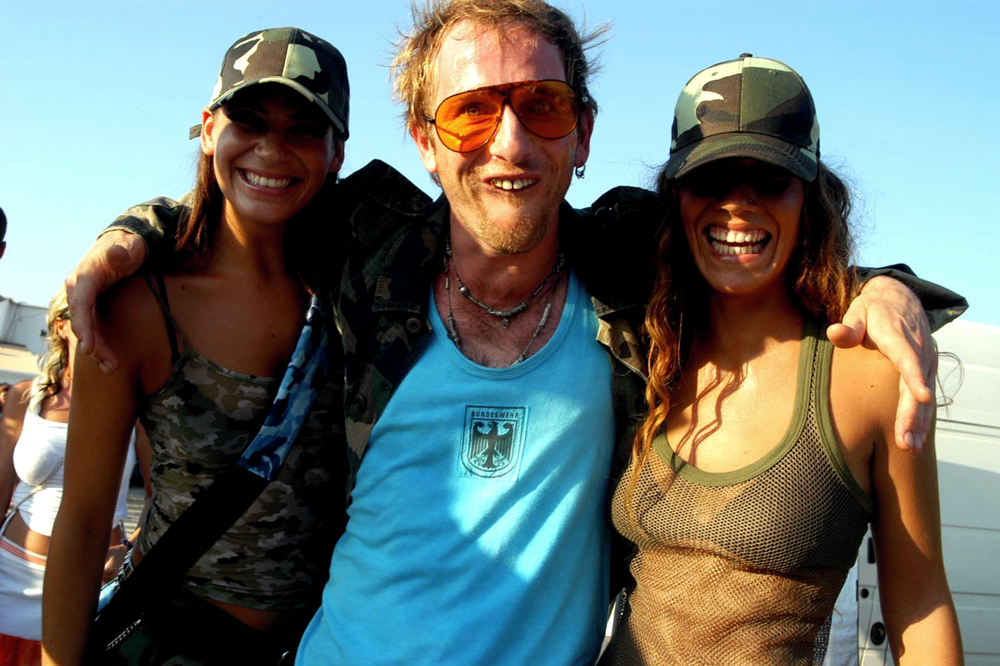 Paul Kaye’s portrayal of deaf Ibiza DJ Frankie Wilde isn’t particularly noteworthy or memorable. Long story short: Wilde goes to loud shows and does a ton of drugs, goes deaf, doesn’t “get it”, finally learns something and lives happily ever after. The end.

A modern reboot could be a little more hard-hitting to reflect our current times. A young producer somewhere in the US is hit hard by dwindling royalties from streaming sales, and after contracting a rare illness ends up going deaf from complications because she’s no longer covered by Obamacare. The final shot is our protagonist hanging from her modest bedroom ceiling (initials carved into the wood, of course), with the original movie playing on a cheap laptop in the background.

Read next: T2 Trainspotting: A flawed nostalgia trip with a modern heartbeat